Sony has finally revealed a taste of the PlayStation 5 games that will come to the next-generation console at and after its November 2020 launch.

Every seven years or so, one video game console life cycle comes to a close and a next-generation begins. As it turns out, 2020 is one of those years. Before Christmas, both Microsoft and Sony will be releasing high-end new consoles within weeks of each other. The Xbox Series X and PlayStation 5 have their unique quirks and eccentricities, but when it comes to raw power, they’re comparable.

For many then, choosing which console to buy will come down to the games available on the platform. Which collection of experiences most tickles your fancy will ultimately push you towards one console or the other. (Well, that and the console’s price!) For the first time since the Xbox arrived to combat PlayStation, both manufacturers have a big suite of in-house developers working on exclusive titles, too.

Below you will find a regularly updated list of all the games confirmed, announced and rumoured to be coming to the PS5. Where possible, we have indicated the planned release window and console exclusivity. Release dates are global, although prices can differ between regions based on exchange rates.

Note, console exclusivity ignores the game’s appearance on PC. And a “timed exclusive” is one whereby the game will release on PlayStation first then appear on the Xbox Series X and potentially Nintendo Switch at a later date. 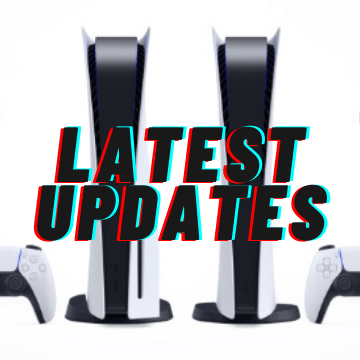 Looking for a PlayStation 5? Get the latest PS5 deals and info straight to your inbox! Subscribe to Finder's shopping deals emails for info about PlayStation 5 deals and availability.

Backwards compatibility on the PS5

Like the consoles before it, you will be able to play a huge selection of the most popular PS4 games on the PlayStation 5. We have not included these titles in the list below, as they are made for PS4, even if they can be played on PS5.

It is worth noting that Sony has placed an edict on developers that any title released for PS4 after 13 July 2020 must work with PS5. Some of the notable games this includes are Fast & Furious Crossroads, Ghosts of Tsushima, PGA Tour 2K11, Marvel’s Avengers and Cyberpunk 2077.

It doesn’t mean that they will be PS5 games per se, only that they will work on PS5. However, we are expecting some games to receive dedicated PS5 editions that make use of the new console.

On 11 June (USA time), Sony held a virtual event to showcase the look of the PS5 and the games coming to the console. Here is a list of the games that were announced at that initial reveal event. The event was notable for missing titles from the world’s three biggest publishers (Activision-Blizzard, Ubisoft and EA) and also for not identifying any games as being virtual reality enabled.

We have put together the Internet’s most extensive list of PlayStation 5 games. These have either been confirmed or we have been led to believe they will be coming to the console based on our daily conversation with all the major players in the industry. It’s worth noting that release dates can shift, especially given the challenges the coronavirus pandemic has placed on production.

Make sure you pay attention to the “Status”, which can be one of four categories:

This list of PS5 games will be updated regularly on the road to the console’s launch. If you know of a title that is not on this list, please do let us know.