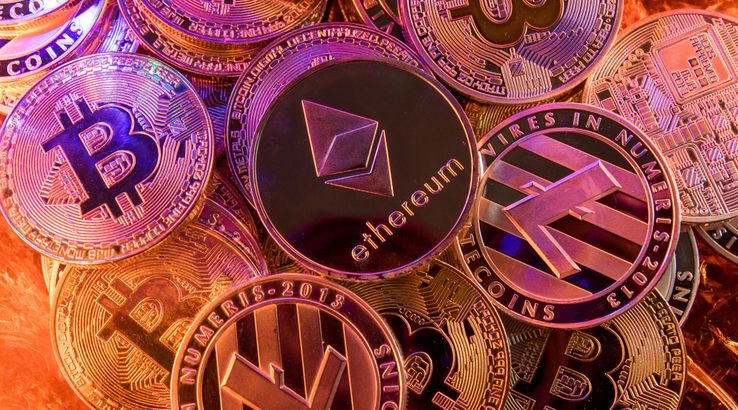 The European Union is counselling caution about ability of cryptocurrencies to challenge sovereign currencies, as the value of bitcoin and its rivals shows signs of retreat after a significant surge.

A new EU report, Virtual currencies and central banks’ monetary policy: challenges ahead, says that cryptocurrencies “will [likely] remain with us for a while” and should not be ignored or banned.

The authors believe the new currencies, like bitcoin, Ethereum and Litecoin, need to be regulated like any financial instrument, proportionate to their market complexity, importance and associated risks. They conclude that crypto-investments should be taxed like investments in any other financial assets.

The report holds out that one day cryptocurrencies may effectively compete with established sovereign currencies issued by the central banks.

The news comes as bitcoin and other cryptocurrencies continue to yo-yo in value. Since the beginning of July, bitcoin’s price has jumped by around 40%. On Tuesday, bitcoin climbed above $8,000 for the first time since May but today the price appeared to be in retreat.

Last weekend, G20 finance ministers meeting in Argentina discussed cryptocurrency and agreed that the cryptocurrency market is not yet posing a global financial stability risk even though its estimated value is about $300 billion.

Commentators have read the recent uptick in the value of cryptocurrencies as being the result of ties developing between traditional financial institutions and the newer virtual currencies. It’s believed the price has been further buoyed by a feeling the market is finally starting to take crypto-assets seriously.

Back in December last year, bitcoin peaked at around $20,000, but as 2018 has worn on the original cryptocurrency crashed and did not climb above $10,000 until its latest rise.

Recent announcements from payments group MasterCard and the CFA Institute, a global association of investment professionals, suggested that the banking system’s long-held aversion to cryptocurrency is coming to an end.

Earlier in July, MasterCard won a patent for developing a method of linking accounts carrying fiat currencies with others containing cryptocurrency. Meanwhile, the CFA Institute announced it had decided to add cryptocurrency to the exam syllabus that financial professionals need to master in order to obtain coveted chartered financial analyst status.

Commentators were surprised by crypto social media’s reticence about the bitcoin rally, but perhaps the more recent declines explain why. Cryptocurrencies have changed the way we think about money, and bitcoin was the first to take the world by storm.

Beginning from humble origins, bitcoin and its fellow cryptocurrencies have grown to become powerhouses in the financial sector. An increasing number of businesses, merchants and even governments have started to adopt the coins along with the blockchain technology that drives them.

To find out more, finder has produced a very useful guide which tells you what bitcoin is, how to use it and what it means.

Since bitcoin’s official release in January 2009, other cryptocurrencies have also been making waves. Our guide explains how these cryptocurrencies work, how you can use them and why they are fundamentally important.