Coronavirus: More than 100 doctors call for face mask use in public 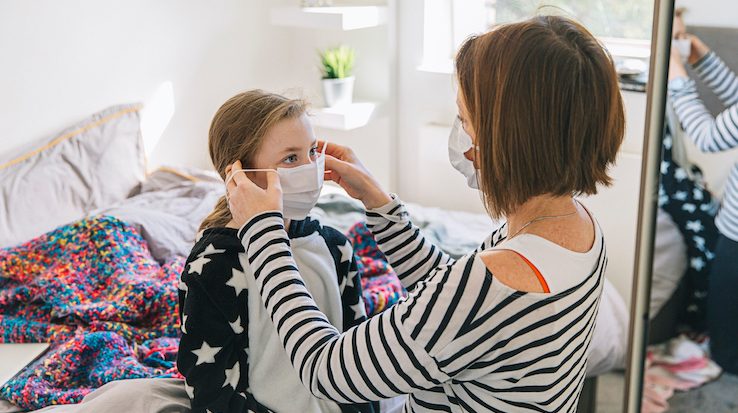 A group of doctors has demanded that everyone should wear home-made face masks in the workplace and on public transport.

Over 100 doctors have signed an open letter to the government calling for the UK public to wear home-made face masks to curb the spread of coronavirus.

The group said they are “increasingly alarmed at official inaction over the need for the public to wear face masks”, which comes ahead of a meeting between government scientific advisers today. The doctors have highlighted that people in hospital waiting rooms are advised to wear masks to avoid potentially passing on the virus, but that no such advice applies in other public areas.

John Ashton, a former president of the Faculty of Public Health, and Martin McKee, a professor of European public health at the London School of Hygiene and Tropical Medicine are among the signatories.

In the letter, published in The Times, the doctors said: “Official UK policy is illogical. The latest guidance on PPE [personal protective equipment] says that people should wear masks in hospital waiting rooms to reduce both direct transmission and environmental contamination. Why not elsewhere?”

Rather than suggesting the use of surgical masks or respirator masks, the doctors have supported a call from the Masks4All campaign, which is encouraging the public to use “ordinary home-made masks” made from reusable cotton found in items from the home, such as scarves or towels.

Face-mask use in public is highly controversial. The World Health Organization says that it isn’t effective and doesn’t recommend it, even warning that using a mask can introduce a false sense of security. But face mask use in public is already mandatory in China, Japan and South Korea. The Centers for Disease Control (CDC) in the US also recently asked Americans to wear cloth face masks when out in public, and countries including Germany, Italy, Poland and Spain have followed.

The doctors spoke out after London mayor Sadiq Khan called for the compulsory use of non-medical face masks in the capital last week. Khan suggested that facial protection should become the norm when people are making unavoidable journeys, or visiting the shops, and are unable to maintain strict social distancing.