Our comparison of two of the biggest energy suppliers in the UK.

This will heavily depend on your tariff, location and usage, but it’s fair to say that neither of these is likely to be the cheapest option available, as large legacy suppliers tend to charge more for energy that smaller “challenger” brands.

Both companies offer some competitive benefits, but are also liable to rise prices in future, as market regulator Ofgem is increasing the energy price cap, giving energy firms the green light to increase their prices from October 2021. The best way to find out which is better value for you is to run an energy comparison, using a postcode checker like the one on Uswitch's comparison service.

According to the customer review website Trustpilot, neither supplier has a stunning reputation when it comes to customer service. Website users give British Gas an average score of 3.1 out of 5, while E.ON customers have given their supplier 3.5 out of 5.

Sadly, both companies have a pretty average track record when it comes to how their customers feel they are treated. However, British Gas appears to provide a slightly better service based on data collected by the charity Citizens Advice. In 2020, British Gas saw a slightly smaller proportion of customer complaints needing to be escalated to a third party like the Energy Ombudsman.

Some people like their provider to offer a range of tariffs, but there are good suppliers which do one type of tariff really well, so it’s worth considering a range of providers.

Both these suppliers offer a pretty broad range of tariff types designed to cater for a range of circumstances. Both firms also sell pre-payment tariffs, which can offer households better control over how much they spend on their energy usage. But it’s worth bearing in mind that pre-payment tariffs typically end up costing customers more over the long term when compared to households who pay for their energy via direct debit and are supplied through a credit meter.

These two giants offer broadly the same types of energy tariff, but if you want to leave an E.ON fixed tariff before the agreed end date, you’ll typically pay slightly less in exit fees.

Which is greener: British Gas or E.ON?

Like most large legacy energy suppliers, both firms have a mixed reputation for their customer service. However, British Gas has improved and widened its services in recent years, so customers who have previously had a poor experience with the utility giant may be able to expect better.

But neither British Gas nor E.ON is likely to be the cheapest option in your area, either for fixed or “default” variable tariffs. 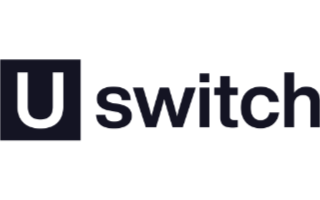 How do I cancel an energy bill? British Gas vs EDF Energy