Plutus is planning a financial service for people who are keen to integrate cryptocurrencies into their daily life.

It hasn’t fully launched yet, but we’ve investigated to find out what it’s plotting and if it’s any good.

Monese
For our top picks, we've evaluated a number of digital bank accounts against a range of metrics to select accounts for specific needs. Keep in mind that our top picks may not always be the best for you, and it's wise to compare for yourself to find one that works for you. Read our full methodology here to find out more. 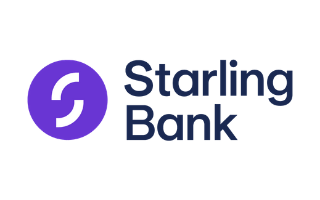 Plutus is both a banking app and card and a cryptocurrency platform at the same time – or at least it will be once it launches officially.

It published its “white paper” in 2016 outlining its proposal and is now in “pilot testing”, meaning that the team and some early members of the community already have it, but the general public will have to wait a bit longer.

The idea is to “provide incentive for, and enable, the practical day-to-day usage of Bitcoin, ultimately accelerating mass-consumer adoption”, as Plutus says in its white paper.

How does Plutus work?

Plutus is, first and foremost, a Decentralised Application on the Ethereum network – so basically a blockchain-based platform that “makes” its own cryptocurrency, the Pluton. If you’re unsure of what all this means (hard to blame you), you’re probably in need of a revision of the basics, so here’s our general crypto page, and here is a detailed explanation of how Ethereum works.

Plutus exploits blockchain technology to allow fee-free peer-to-peer exchange of Bitcoin and fiat currencies. Once it’s fully operational, it should come with the following features:

How much will Plutus cost?

We don’t know yet; Plutus has only published the fees it charges for the beta version, which are:

From a crypto point of view, Plutus doesn’t store your cryptocurrency, so you don’t have to worry about it; your Bitcoin is as safe as your wallet keeps it.

The safety of currency exchanges between users is also managed using blockchain technology, and you can learn more on how it works here.

Plutus does store your pounds – it says that fiat currency is “handled by a highly respected third party provider”. Plutus also says it will be applying for an e-money licence with the Financial Conduct Authority (FCA), but for now isn’t FCA-registered, so you should be really careful in using it.

Pros and cons of Plutus

Bitcoin debit cards aren’t much of an innovation anymore – you can compare Finder’s selection here, and some of them are quite cheap too. So if you’re just looking for a way to spend your Bitcoins directly, you can probably do it without Plutus.

However, Plutus is still appealing because it’s more of a regular current account that can also be easily funded using cryptocurrency. This is an interesting concept – most competitors would store your cryptocurrency and convert it into pounds when you’re making a transaction, whereas Plutus simply converts your cryptocurrency the moment you deposit it. It’s potentially safer and also a smart way to integrate cryptocurrency into your daily life.

Plutus also has the potential to be cheaper than its competitors thanks to the p2p exchange system, but it’s impossible to say for sure until the app has launched and the pricing structure is clear. Until then, we’ll have to wait and see.