There are many misconceptions about life insurance and suicide and whether or not it's covered. We’ve sorted the facts from the fiction. 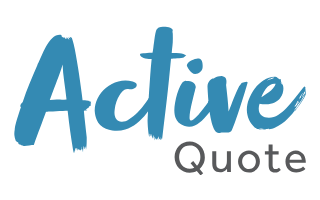 Life insurance can be a safety net, offering reassurance that loved ones will be provided for in the event of your death. But, like many types of insurance, it has important exclusions that you need to be aware of.

One of the more difficult aspects of a life insurance policy to talk about is whether it will pay out if the policyholder commits suicide. We don’t think you should have to trawl through the small print of multiple documents to understand what is, and what isn’t, typically covered. So our experts have compiled this guide on life insurance and suicide to help you understand if, and when, suicide is typically covered under a life insurance policy, what the common exclusions are, and how to make a claim.

Does life insurance cover suicide in the UK?

The short answer is, typically, yes. The longer answer is yes, but there are conditions. Life insurance policies will only usually cover, and pay out, for suicide from a certain period after you’ve taken out the policy – usually either 12 or 24 months, depending on the insurer (for more on this, see “What is the time period on a suicide clause?”, below).

When considering whether to offer you cover, and what the premiums will be, life insurers will also consider whether you have previously attempted to commit suicide, and any mental health conditions you may have.
It is vital to be honest with your life insurer about your health history when you take out a policy; if you aren’t, you risk invalidating your policy.

How much will life insurance pay out for suicide in the UK?

As long as suicide is covered as part of your life insurance policy, and all of the conditions of cover are met, your beneficiaries will receive as much as they would have received if you’d died for any other reason.

If a policyholder commits suicide within the first year (or 24 months, depending on the insurer) of taking out a policy, their beneficiaries will not receive a payout. Some, but not all, insurers will refund some or all of the premiums that have been paid if the suicide happens within this waiting period.

When does life insurance not pay out for suicide?

Life insurance won’t pay out in the following circumstances:

What is a suicidal death clause and what does it cover?

This is a clause that life insurers have in place to prevent someone taking out life insurance because they are intending to commit suicide. In some cases the person’s state of mind may lead them to believe that their loved ones would be better off with the money than by them staying alive.

Suicidal death clauses mean that a life insurance policy will not pay out for death from suicide for at least a year after the policy starts.

This may seem a cynical move on the part of life insurers. However, life insurance works on the basis of the risk, rather than the certainty, of death, so having this clause in place protects the viability of life insurers’ business models.

And, importantly, it also removes the incentive for vulnerable people to take out life insurance and then end their own life just so that their families will get a payout.

Some, but not all, insurers may refund the premiums paid to date if you commit suicide during the suicide clause period.

What is the time period set out on a suicide clause?

Most insurers have a suicide clause that lasts for 12 months after taking out the policy, but you may come across some insurers that set it at 24 months.

The contestability clause is a period of time at the start of a policy under which an insurer can investigate the reasons for a policyholder’s death before agreeing to or declining payment, for example by requesting medical records or interviewing family.

Usually, it runs for the same time period as the suicide clause and is used to determine whether the cause of death was an act of suicide and whether the policyholder withheld any key information at the outset.

In and of itself, suicide does not invalidate life insurance. While the policy will not pay out if you commit suicide during the period covered by the suicidal death clause, after this it should pay out in the same way as it would for death from any other cause that is covered.

The exception to the rule can be if you withheld important information during the application process, such as a history of drug abuse or a pre-existing mental health condition, particularly if this has led to suicidal thoughts.

In the event of a claim for suicidal death, your insurer may request additional medical evidence, such as GP or hospital records, to check this.

In this case, the insurer may reduce the payout or even invalidate your life insurance policy completely.

Applying for life insurance if you have suicidal thoughts

Even if you’ve previously had suicidal thoughts that you’ve discussed with a professional, it should still be possible to get life insurance.

It’s important to be honest with a life insurer as part of the application process; each life insurer you apply to will assess your responses and decide on whether to offer life insurance, and how much to charge, based on when the thoughts happened and what treatment you received.

It’s also important to be upfront about any mental health conditions, such as depression, that can influence your state of mind. For more on this, read our guide on life insurance for mental health issues.

If you are offered cover, it will be subject to the same suicidal death clause as any other policy, which means a claim for suicidal death won’t be successful for at least a year after taking out cover.

If you are currently experiencing suicidal thoughts, getting life insurance is a far lower priority than seeking support. We recommend that you contact the Samaritans – call them for free at any time on 116 123 or email jo@samaritans.org.

Making a life insurance claim after a suicide

You should claim for suicidal death in the same way as for any other reason for death. As long as the person you’re claiming for died after the insurer’s suicidal death clause time period has expired, and they were honest about their health conditions when they applied, there’s no reason that the insurer shouldn’t pay in full.

If you’re not sure whether you’re entitled to claim following a suicide, contact the insurer.

Contrary to what many people think, suicide is not automatically excluded from life insurance cover, so you shouldn’t dismiss the possibility of protecting your family with life insurance just because you’ve had suicidal thoughts in the past.

It’s important to be honest about any mental health conditions that have, or could, influence your state of mind or you risk invalidating your policy.

And you should never take out life insurance because you think that suicide may leave your loved ones better off financially. Quite apart from the fact that suicide is usually excluded for at least a year after you take out the policy, those that care for you are unlikely to agree that money matters more than having you in their lives.

Ceri Stanaway is a researcher, writer and editor with more than 15 years’ experience, including a long stint at independent publisher Which?. She’s helped people find the best products and services, and avoid the pitfalls, across topics ranging from broadband to insurance. Outside of work, you can often find her sampling the fares in local cafes.