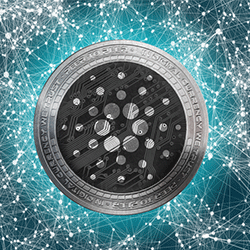 How to buy Cardano (ADA) in the Philippines

Cardano is being built from the ground up and aims to be the most practical and effective cryptocurrency network ever made.

Primarily based in Japan, it began development in 2015, and was publicly launched on 29 September 2017. Cardano Ada (ADA) tokens were first made available for trading on 1 October. Since then it’s become the fourth largest cryptocurrency by market cap, peaking at over US$1.3 billion on 27 November 2017.

As a new cryptocurrency, options for buying Ada are still very limited. You will also need a wallet that supports it.

Note: Cardano is still, and will likely always be, under development. Not all of the features described below are active at the time of writing.

Cardano is entirely open source, and created from the ground up with the goal of being the most practical cryptocurrency ever made. Some of its features, such as the Cardano blockchain and Daedalus wallet, were purpose-built from scratch, and designed to be better than anything else currently available.

Bitcoin and most other cryptocurrencies have all of these functions in one layer. This multi-layer system brings some unique features.

These layers will be underpinned with the Cardano treasury, which will receive an as yet undecided portion of newly minted Ada and transaction fees.

Most cryptocurrencies use “proof of work” mining, in which miners compete to solve problems, produce the next block and win a reward for doing so.By contrast “proof-of-stake” mining works by picking a semi-random stakeholder to solve the next block, with larger stakeholders (contributors with more ADA) more likely to be chosen.

The problem is finding a truly reliable and random way to pick the stakeholder to make a block. According to its developers. Ouroboros solves this problem.

Cardano is entirely open source and patent-free. All its source code is publicly available for scrutiny. People interested in Cardano may find that this not only assists development, but also means any problems can be highlighted quickly.It’s also fronted and developed by some publicly accessible and widely known names.

This to consider before purchasing Cardano

The developers claim that Cardano was purpose-built to be the only cryptocurrency the world needs,offering an exceptional range of features and usefulness.

In particular, it’s designed to work well with regulations and to be very accessible to almost anyone. For example, it’s already laid out plans to release Ada vending machines in Japan, and having an easy-to-use dedicated multi-currency wallet also removes an obstacle.

Growing interest is likely to correspond with rising Ada prices.

However, development is still ongoing and its full functions are not going to be available for some time. As of November 2017, only the settlement layer is operational.