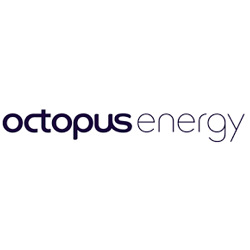 Our review of Octopus Energy sets out its gas and electricity tariffs, green credentials and pros and cons.

No reviews yet. Write a review
Nick Renaud-Komiya
Fact checked

Compare Octopus Energy with its rivals and find the best deal

Click on the button below and take a look at the tariffs on offer in your area. See how Octopus Energy fares against the competition, and find the right energy deal for your home.

Octopus Energy scores very highly when it comes to customer satisfaction, according to data collected by the charity Citizens Advice. In 2020 the firm saw an average of 12.9 complaints per 10,000 customers escalated to a third party including the Energy Ombudsman, a dispute resolution organisation recognised by the energy industry. This is among the lowest reported figures for the industry that year.

Meanwhile, reviews on the site Trustpilot are almost unanimous in their praise for the supplier, with 90% of the 62,500 customers giving the supplier an “excellent” rating and a further 5% saying that their experience with the firm was “great” (last updated: August 2021).

Pros and cons of Octopus Energy

Our verdict: Is Octopus Energy any good?

In a relatively short period of time Octopus Energy has earned an enormous amount of positive feedback from its growing customer base. As an energy supplier committed to providing its customers with 100% renewable energy, the fact that it generates a large proportion of renewable energy itself is encouraging.

Its environmental credentials and competitive tariffs mean it’s certainly worth a look if you’re looking to switch your household energy supply and want to explore greener options.

Our experts analysed each provider's complaints handling record, how clear the bills are, and other key measures. More details in our full methodology.

*Comparison powered by Energy Helpline. £328 is the minimum savings of the top 10% of savers who switched with Energy Helpline in the period between 1 January and 30 June, 2021.