finder.com officially launches in the UK and appoints Jon Ostler as CEO 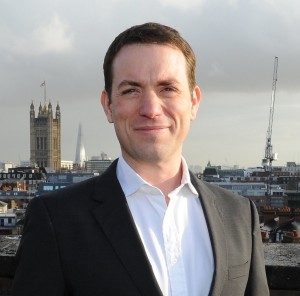 Mr Ostler was appointed CEO of finder.com/uk, and brings 19 years of experience in the digital marketing space in many countries, and founding several successful online start-ups.

It is the company’s fourth country to launch across the globe in its 11 years of operation, with finder.com in Australia, New Zealand, the United States and now the United Kingdom. finder.com is planning to invest $100 million over the next five years to build on the existing sites and expand into other countries, $40 million of which will be invested into the UK operation.

finder.com was founded by school friends Fred Schebesta and Frank Restuccia in Sydney, Australia, in 2007. It has successfully grown to be the number one financial comparison website in Australia with over three million visitors each month and a team of more than 100 full time employees worldwide.

Mr Schebesta, Co-Founder and CEO of finder.com, said he’s thrilled to be working with Mr Ostler on launching finder in the UK.

“Launching in the UK is the ultimate dream of any comparison website in the world. It’s hands-down the most competitive, most advanced comparison market and we’re honoured that Jon has come on board to help bring finder to the UK.

“Frank and I have known Jon for a long time, he’s an incredible operator, forward thinker, and he’s got what it takes to break finder into arguably the world’s toughest market.”

“I’ve been working in the internet and digital marketing space for almost two decades and have never seen such an inspiring group of people to work with.

“finder.com has the best of both worlds: a cool startup culture with the freedom to shape its UK business from the ground up, and the backing of an established business in Australia.

“It’s unlike any other comparison website. While other sites focus on products and tables, finder is a destination for education, tools and comparison. We’re here to help people make decisions suck a little less – in fact, we’ve helped people make 15 million decisions since 2006.

finder’s UK headquarters will be based in Croydon, one of the country’s emerging tech hubs, located next to the hyper-connected East Croydon Station. The location also has its own Boxpark, the only one outside of Shoreditch.

Mr Ostler will also be adjudicating four categories in the 2017 Performance Marketing Awards.

For more information about our current advertised roles, visit our Jobs Board: finder.com/uk/careers.

finder.com is a personal finance website, which helps consumers compare products online so they can make better informed decisions. Consumers can visit the website to compare utilities, mortgages, credit cards, insurance products, shopping voucher codes, and so much more before choosing the option that best suits their needs.

Best of all, finder.com is completely free to use. We’re not a bank or insurer, nor are we owned by one, and we are not a product issuer or a credit provider. We’re not affiliated with any one institution or outlet, so it’s genuine advice from a team of experts who care about helping you find better.

finder.com launched in the UK in February 2017 and is privately owned and self-funded by two Australian entrepreneurs – Fred Schebesta and Frank Restuccia – who successfully grew finder.com.au to be Australia's most visited personal finance website (Source: Experian Hitwise).