From watching the northern lights to skiing through powder, protect yourself on your trip to Norway.

Norway is a one-of-a-kind destination with some of the most awe-inspiring landscapes in the world, offering breathtaking hiking and photography. And with some of the best snow resorts in Europe, if not the world, skiing and snowboarding are just a couple of the activities drawing in travelers in the winter, too. While the country has a reputation for being pretty safe, that doesn’t mean it’s risk-free. Pick up a comprehensive travel insurance policy before you leave to keep yourself, and your bank account, safe on your trip.

Areas of coverage vary from policy to policy, but the most important things to get covered for when visiting Norway include:

Each policy is unique, but common reasons for a claim to be denied include:

Am I covered for hiking the Jotunheimen?

The Jotunheimen is one of the most awe-inspiring parks in the world, running through the shadow of Galdhøpiggen, Norway’s highest peak, and taking in 60 glaciers and 275 summits. If you plan to try and conquer it, check for any altitude limits on your policy. It’s also a good idea to get coverage for medical evacuation in case you get hurt and need to be flown off the mountain.

Am I covered for trying to catch the Northern Lights?

It’s often said that no photograph can ever match the real beauty of the Aurora Borealis as it fills the sky. A travel insurance policy that allows you to cancel for any reason can make it possible for you to reschedule your trip if cloud cover moves in.

Am I covered for river and ocean cruises?

It depends. International cruises are a popular way of visiting Norway and there are also a range of more local cruises and boating tours available. Cruises have their own insurance requirements, and you can’t necessarily assume boating will always be covered, particularly if you’re renting and piloting your own vessel.

Norway is a very well-developed and safe nation. However, as a traveler in a foreign country, you still need to watch out for certain hazards, including:

Get the most of out your Norwegian adventure by taking in everything the country has to offer — but make sure you’re covered first. A basic policy might not include riskier activities, so check with your insurer if you plan to go: 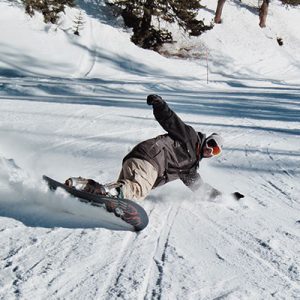 Tips for traveling in Norway

As a Western culture, much of Norway will feel familiar. However, it’s always the little things that take you by surprise. To make the most of your vacation:

Whether you’re chasing the Northern Lights or just chasing down a bus in downtown Oslo, Norway is a stunning vacation destination with so much to offer. Before you pack your bags, don’t forget to pack the most important thing — a travel insurance policy to make sure the only things you bring home are photographs and memories.