Side hustle and tax evasion: The telling statistics

Over 1 in 4 Americans are turning to the gig economy for a tax-free income on the side.

Side hustling and the gig economy are becoming the new American dream, with nearly 70 million Americans earning cash under the table. But what do these side gigs mean when it comes to contributing to the government?

A gig economy is a labor market where short-term, flexible jobs are the norm. As part this economy, freelancers and their ilk are paid for each piece of work in a series of separate gigs, rather than working steadily for one employer. These “side hustles” can be anything from selling crafts on Etsy to renting out a spare room or driving for Uber. With so many different ways to make money outside of your day job, hustling can be a solid way to test out a new career or just build up some extra cash. With the gig economy now a common resource among businesses — with more ways to earn a buck than ever — it’s no surprise that so many Americans are jumping on the bandwagon. But are they doing it legally?

In July 2017, finder.com conducted a survey of 2,245 Americans. Among our findings: Some 69.8 million of us are jumping into the gig economy but not declaring it on our taxes. That’s more than 1 in 4 of us throwing out the usual 9-to-5 to see what else is out there. As it turns out, that’s also an estimated $214.6 billion undeclared to the IRS each year.

Who are these tax-dodging side hustlers?

Millennials are the worst when it comes to not declaring the money made on the side — 33.3% of all side-hustling millennials, in fact. Generation X follows behind millennials at 26%. But even baby boomers aren’t missing out, with 16.6% dipping their toes into the illegal side of the gig economy.

Surprisingly, we found that 36.3% of those earning incomes of $150,000 to $300,000 make money on the side without claiming it, more any other income bracket. Of those who are making extra on the side, men (30.7%) are more likely than women (27.4%) to not declare it to the IRS. Looking closely at the 17 states that had more than 40 survey respondents, we learned that Alabama is home to those most likely to turn to the gig economy without declaring their income (41%). The Heart of Dixie is closely followed by Washington (38%) and Illinois (34%).

What kind of money are we talking?

Side hustlers made $3,075 on average off the books over the last year — or $256.25 a month on the side tax-free. On the bright side, the gender pay gap is almost nonexistent in this new economy, with the average tax-free side income for men at $3,147, compared with $3,038 for women. Unlike the 79-cent pay gap women experience in the free market, in the side-gig economy women earn 97 cents to a man’s dollar.

Millennials are the savviest side hustlers, beating the average Gen Xer’s income by more than $1,000: Gen X made $2,247 in undeclared side hustling on average, while millennials brought in $3,677. Breaking it down by state, the most successful tax-free side hustlers live in Pennsylvania, pulling in an average $5,759, with New York ($5,284) and Florida ($4,187) nipping at its heels.

What’s the most popular side hustle to not declare?

Women are three times more likely than men to make extra money babysitting — 35.2% of women compared to just 11% of men — while men (28.0%) are twice as likely as women (11.2%) to have a labor-intensive side hustle. As for the generations, millennials prefer babysitting, while both baby boomers and Gen Xers put their time into creative freelancing gigs.

What do I need to know before I start?

Financing your side hustle

Side gigs can be a lot of fun, but you’re still required to report this income to the IRS alongside your everyday earnings. The money you earn on side gigs are considered “self-employment,” and you can file it with your personal income tax return. The IRS reports that tax evasion costs the federal government $458 billion a year. It can be a drag to do your taxes, but keeping careful records can go a long way to defending yourself against an audit — or avoiding a potential charge of tax evasion. And there’s no better way to effectively end your side hustling than with jail time.

Start out with even a small side gig, and you may be surprised at how quickly it takes off. It just could become your main source of income.

Why should we declare side-gig income? 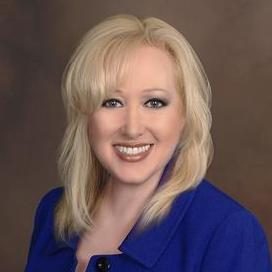 We must pay tax on worldwide income. There is no such things as “off the books” or “under the table”. Tax evasion is a felony, and it’s a dumb move. For those who think it’s so smart, just wait until they get their social security checks later in life, and see that the income they based it on was small because the taxpayer didn’t report their income.

How do you declare your side-gig income? When estimating your tax liability for the year it is important to account for “self-employment” tax, which is 15.3% on your net earnings. This tax is in addition to your federal income tax. Then, you need to make quarterly estimated tax payments … Starting with the first quarter, the due dates are April 15, June 15, September 15, and January 15 (of the next year). Finally, during tax season you will need to fill out a Schedule C and include it with your 1040.

Now, in some cases, your side hustle may not be subject to self-employment taxes. The analysis for determining this is fact specific but it is largely based on the frequency of the activity. In other words, if you received $1,000 to help move a house and it was a one-time event, unrelated to your other activities then it will probably not be subject to self-employment tax. Instead, it would be reported on line 21 of your 1040.

What are the risks of not doing your taxes? The penalty for not declaring your income can be stiff if you’re caught. If the IRS determines that you had a filing requirement, and you didn’t file, you can actually go to prison. If you file, but fail to report all of your income, the penalties can range from a 20% IRS penalty to imprisonment for willful tax evasion.

Generally the next question is: How would I get caught? The IRS has a “Whistleblower” program, where the confidential informant receives a percentage of whatever the IRS collects. An angry boyfriend or girlfriend, or jealous coworker, will do the trick.

Can I stash away my side hustle earnings for retirement? 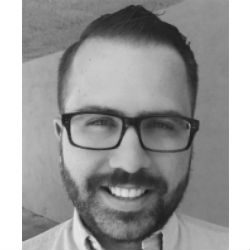 While you must report your side hustle earnings on your tax return and pay tax on it, there is a silver lining for those willing to look for it: you can partially tax-shield your newfound income through the use of a retirement plan.

Iowa offers the most Christmas spirit in 2021. North Dakota is America’s Scroogiest state.

Finder.com research reveals Americans will spend $6.1 billion on Christmas trees collectively in 2021, a 13.3% increase from 2020.

7% of American adults — the equivalent of 18.7 million people — are investing under the influence of alcohol, according to a new report from Finder.com.

According to a survey by Finder, 66.9% of American adults say they believe financial literacy classes should be required in school