The House voted last Friday to pass the CHOICE Act, a bill led by Republicans and denounced by Democrats that effectively rolls back the Dodd-Frank Wall Street Reform and Consumer Protection Act signed into federal law in 2010. What does the CHOICE Act mean for student loans specifically?

According to Section III of the executive summary, the CHOICE Act would repeal:

Among the common practices that could lead the CFPB to consider a student loan provider “abusive” are providing incorrect student loan information, charging illegal fees and failing to update incorrect credit report information.

Today, the CFPB makes it easy for consumers to file online complaints against banks, lenders and other financial institutions in an effort to “improve the financial marketplace.” Complaints are publicly accessible after the company in question responds or after 15 days, whichever comes first. While protecting customers against unfair, deceptive and abusive practices sounds like a good cause, Republicans and banks argue that this mission is too broad and doesn’t take into account business needs.

We’ve put together four of the biggest offenders the CFPB has taken action against in student lending along with the cutting words of CFPB Director Richard Cordray. You can decide whether you think these abuses are criminal. About the offender: With 12 million borrowers — half of which are backed by the government — Navient is the largest loan service provider in the United States. Navient does not originate loans like a lender, rather it links communication between a lender and a borrower. Once a part of Sallie Mae, Navient now handles more than $300 billion in federal and private student loans.

Loan servicers are expected to facilitate the processes necessary to help borrowers in the face of financial hardship or unemployment. Borrowers have a right to lower repayments on federal loans specifically according to financial need and a forgiveness on remaining debt after 20 or 25 years of qualifying payments, effective in 2009 through an Income-Based Repayment (IBR) plan. Navient failed to provide this information even when borrowers needed it. Instead, they suggest that borrowers to take on forbearance — an option that gives borrowers a short break from making payments but continues to collect interest.

Even when consumers were able to successfully enroll in an IBR plan, Navient did not notify them of the need to renew their plan annually, which resulted in the loss of not only affordable payments but also interest-subsidy eligibility and progress toward loan forgiveness. Instead, these borrowers saw an increase of hundreds, sometimes thousands of dollars over the life of the loan.

Navient correctly told borrowers that any cosigners could be released from a student loan after a specific number of on-time payments. However, it did not tell borrowers that any advance payments would reset that number to zero, as if they’d paid late.

Under the federal Total and Permanent Disability Discharge program, borrowers who suffer physical or mental impairments may be able to qualify for student loan forgiveness. Though Navient discharged loans under this program, it misreported the loans as defaults, thereby damaging the credit scores of these debt relief recipients.

According to a CFPB press release, Navient also repeatedly misapplied or misallocated payments by failing to follow the instructions of borrowers with multiple loans.

Cost to students: The CFPB is examining potentially all of Navient’s $300 billion in affected federal and private student loans.

Outcome: A lawsuit is pending. About the offender: Now defunct, Corinthian Colleges was one of the largest for-profit postsecondary education companies in the United States. It was a publicly traded company with more than 100 school campuses across the country, including Everest, Heald and WyoTech.

The case: Corinthian Colleges defrauded thousands of students through a predatory lending scheme in which students took out loans to cover the cost of tuition in the pursuit of fake job prospects.
The CFPB alleges that Corinthian Colleges overinflated its job placement rate in order to claim that borrowers could statistically pay back their student loans. Corinthian Colleges also may have further increased this rate by paying employers to temporarily hire students by manipulating the word career to mean a job that lasts one day with the promise of a second. Corinthian Colleges trapped its students into private “Genesis loans” that came with interest rates at least 8 points above the average rates for federal student loans. According to the CFPB, 60% of Corinthian students defaulted on these loans within three years. These personal loans also required students to make repayments while still in school. (For federal loans and most private loans, repayment is typically not required until after graduation.)

Cost to students: Corinthian Colleges predatory lending affected an outstanding balance of $569 million in student loans, plus affected loans that students paid back in part or full.

Outcome: A court ordered that Corinthian was liable for more than $530 million. About the offender: Bridgepoint Education is a for-profit college chain based in San Diego, California, that does business under Ashford University and the University of the Rockies. It’s enrolled thousands of students through these two colleges, which offer most of their courses online.

The case: Bridgepoint Education misled borrowers of private student loans with incorrect monthly payment amounts, debt payment plans and the total loan costs.
From 2009 to 2016, when this case was brought to the CFPB’s attention, Bridgepoint told students that most borrowers were able to pay off their student loans through monthly payments of as little as $25 — an amount that is neither true nor realistic. According to the CFPB, students ended up taking out loans without understanding the true costs over the life of the loan, obligated to pay them or face problems with their credit reports.

Cost to students: Bridgepoint’s misinformation affected $23.5 million ($5 million in payments made and $18.5 million in outstanding debt) in loans and damages to borrower credit reports.

Outcome: A court ordered Bridgepoint to discharge all outstanding private loans, refund loan payments made by borrowers totaling $23.5 million, and pay an $8 million civil penalty. Going forward, the college must provide transparent costs for tuition and other fees as well as a financial aid shopping tool and remove negative loan marks on borrowers’ credit reports. The case: SFAS lured consumers into its subscription financial services without being up front about the total costs, charging them recurring undisclosed and unauthorized charges. The company misled customers by advertising no-cost plans that were typically $67 to $85 per year, typically charging these customers annually without consent.

Cost to students: SFAS billed more than 100,000 consumers through illegal recurring annual fees of between $67 to $85 per year, which at a minimum comes to $6.7 million if you take into account one charge per customer at CFPB’s lowest rate.

Outcome: A court ordered SFAS to reimburse its customers to the tune of $5.2 million and halt its illegal practices. 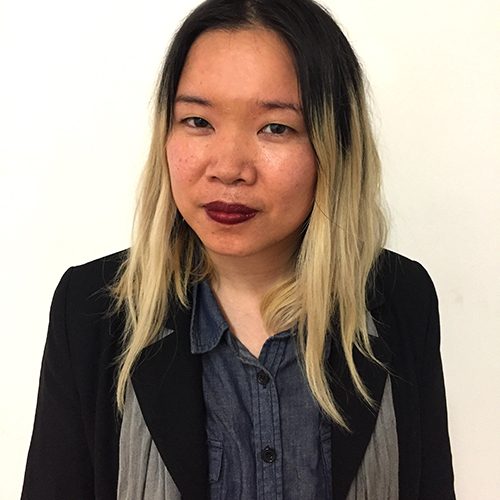 Consumer trends expert obsessed with understanding the “why”, to help you make better decisions.

Iowa offers the most Christmas spirit in 2021. North Dakota is America’s Scroogiest state.

Finder.com research reveals Americans will spend $6.1 billion on Christmas trees collectively in 2021, a 13.3% increase from 2020.

7% of American adults — the equivalent of 18.7 million people — are investing under the influence of alcohol, according to a new report from Finder.com.

According to a survey by Finder, 66.9% of American adults say they believe financial literacy classes should be required in school

A survey of 2,001 Americans by Finder found that roughly one-fifth (20.6%) of Americans said that they wanted the minimum driving age to be raised in their state.