More than 3 in 5 Americans experience debt regret — and most wish they'd saved up instead.

Most of us at one time or another have felt the pangs of post-purchase remorse. An outfit that looked great in store lighting — and not so much in sunlight. An ill-advised meal deal on a road trip. Or that last shot after a bar’s closing bell.

Yet when the cost means getting into debt, post-purchase remorse can turn into deep-seated regret.

Some 61.8% of Americans have experienced debt regret, according to our commissioned study conducted by global research provider Pureprofile. That’s more than 151.8 million of us!

What are our biggest regrets?

The biggest debt regret people have is shopping, with nearly half of all respondents admitting to it. That’s followed by education or tuition fees, a car purchase, a vacation and a home purchase or improvement.

Overall, more women experience debt regret than men — 62.8% of women regret a debt they’ve taken on, compared with 59.6% of men. The most common debt regret for both is shopping, with half of women admitting to this regret, compared with 2 in 5 men.

The generation with the highest proportion of people with debt regret is Generation X (aged 35-54), sitting at 65.7%.

What would we have done differently?

Of those who’ve taken on a debt they regret, nearly 2 in 5 (37.6%) say they should’ve saved up to pay for it outright instead. A further 31.0% say they shouldn’t have made the purchase, while 20.2% say they wished they’d shopped around for a better deal. 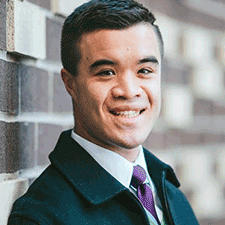 Shopping, education or tuition, car purchase, a vacation and a home purchase or renovation are the top drivers of debt regret. Here’s how to avoid regrets for each one:

Shopping
To avoid debt regret when shopping, be sure to do your research both online and off, and make sure that you’re getting the best price for any product you want to buy.

Education or tuition
The best way to avoid regretting an education or tuition purchase is to compare all student loan options to ensure you’re getting the best interest rate, and also to apply for any and all appropriate grants and scholarships that might be available.

Car purchase
A car purchase can easily be regrettable, but only if handled improperly. Research the Internet for pricing, and then send in the deals you find to the Internet manager at any particular dealership. Ask if he or she can do better. Negotiate in the sales office as well, there are plenty of strategies to get discounts or certain fees taken off of the price. Don’t feel bad about walking away from a deal that you don’t think is best for you.

Vacation
Get the best airfare you can through Internet research. Understand that you can get last minute hotel deals using the mobile app Hotel Tonight. Use Deal of the Day websites to score discounts on restaurants and other entertainment. Set a budget and stick to it. All of those strategies will help avoid debt regret.

Home purchase or improvement
Realize that most home improvements should be done for personal satisfaction and not for an increased home sale price. It usually doesn’t work that way. Use independent contractors which you can find on Craigslist and other Internet sites instead of nationally known companies. Do as much of the work as you can yourself to cut down on labor costs. Make sure the improvement or even purchase is something that you truly and really want.

Why 2 in 5 Americans don’t see the value in their college degree. Side hustle and tax evasion: The telling statistics