World votes for US President

Who would the world elect as the next US President?

The US Presidential race is heating up – with Donald Trump now the Republican nominee, and Hillary Clinton bringing home the Democratic nomination. Who will be the next President of the United States? It’s clear that Hillary has the edge in the national polls, but in this game anything is possible – after all, nobody thought Trump had any chance of clinching the Republican nomination in the first place. With that in mind, we decided to find out who the world would elect if it were up to them.

We surveyed 18,000 people over the age of 18 in 9 countries and asked them who they would vote for out our candidates. Hillary came out on top overall, but there were significant differences in percentage share across our target countries. Check out the results below… 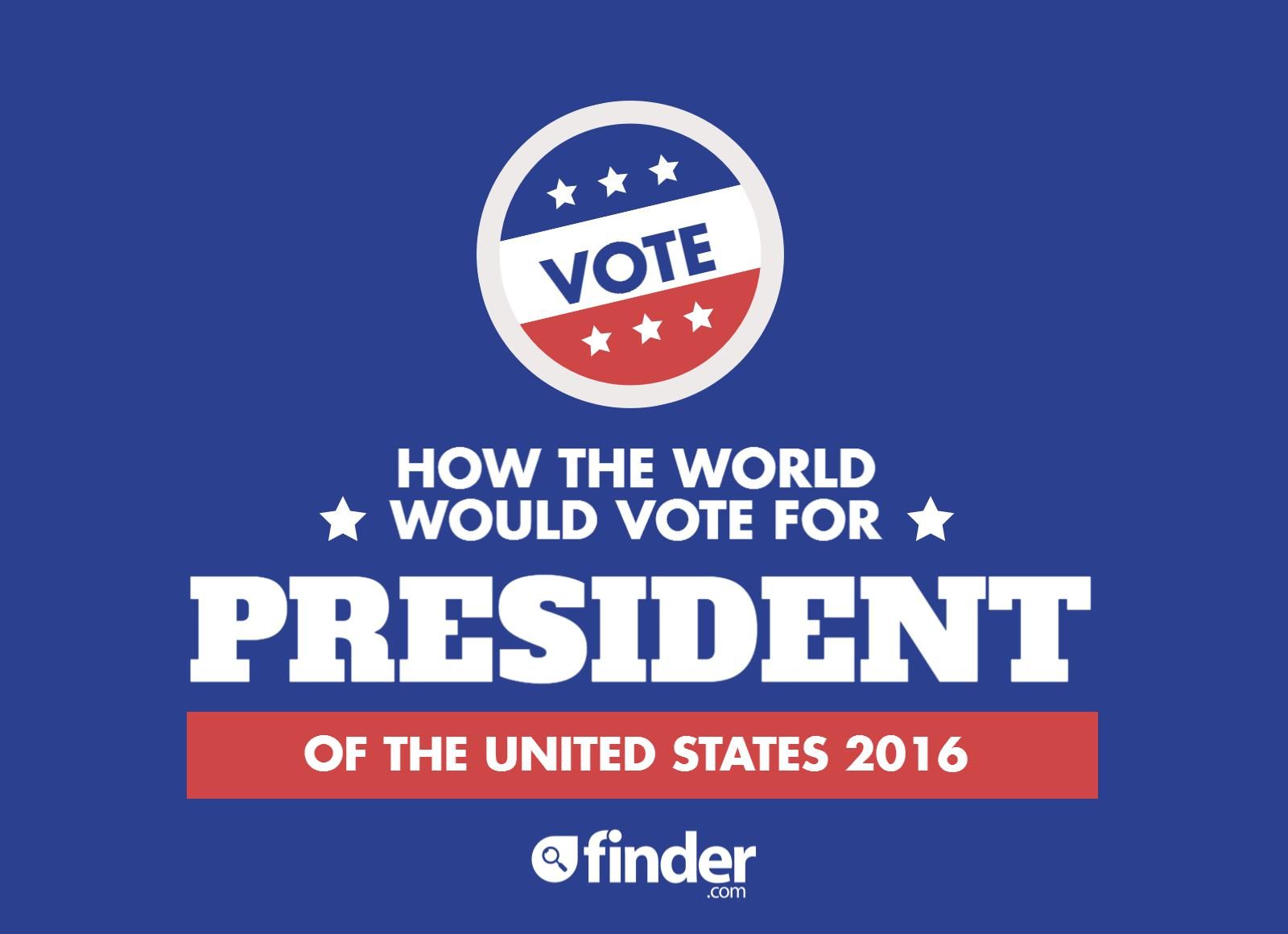 Graham is the Head of Consumer Research at Finder. A seasoned data journalist, he manages Finder's global consumer research team - a group of writers, editors and analysts based in Australia, the US, the UK and the Philippines. He also regularly appears on TV including ABC News, Sunrise and Today, and edits Finder's Insights column. Outside of Finder, Graham has written articles and judged awards for several publications including the Australian Financial Review and Money Magazine.