Compare VPNs: Your guide to choosing the best VPN in 2020

Here, we discuss the various uses of VPNs and some companies that provide VPN services to New Zealand residents.

There’s not much evidence to suggest that using a VPN to access geo-blocked content is illegal, but it’s important to check with your VPN provider, as this may be breaching the terms and conditions you agreed to when signing up. Getting caught out could lead to your VPN service being cancelled, and you could lose credits and access to your downloads. Using a VPN to stream paid services not available in Canada could also land you in hot water, including potential legal action from the copyright owner. And, just because you’re paying a membership fee, doesn’t mean that the service has the right to sell this content to you since it wouldn’t be licensed in your region. It could also be considered fraudulent if you have provided a fake postcode or address when signing up.

Similarly, your rights when using overseas-based companies to purchase goods may not be protected by New Zealand law. Some companies refuse to recognise products and warranties purchased internationally under domestic consumer law.

So, what’s the verdict? Paying to stream TV services not available in your country through a VPN is not recommended, as neither your VPN nor the service provider is obliged to support you if your activity is discovered. 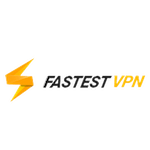 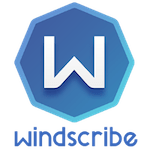 Get 50% off a one-year subscription of TunnelBear VPN

TunnelBear's premium Grizzly Plan offers a year's worth of unlimited VPN use. Grab it for 50% off today.
Get deal