Americans fell victim to an estimated $1.5 billion in fraud in 2018 with over 50,000 cases reported specifically being credit card fraud.

American adults have seemingly experienced a significant drop in credit card fraud victimization, according to a survey from finder.com has discovered. An estimated 14% of American adults who hold at least one credit card — roughly 35.5 million Americans — report they’ve been on the wrong end of fraudulent transactions at least once, a decrease of 28%. How much criminals made off with through this fraud is even more alarming.

According to the Federal Trade Commission, Americans fell victim to an estimated $1.5 billion in fraud in 2018. Over 50,000 of the 1.4 billion cases reported to specifically being credit card fraud.

Fraud shows no gender discrimination, with almost 20 million men (17%) and nearly 16 million women (11%) admitting to falling victim to credit card fraud at least once in their life.

How can you find out if you’re a victim of fraud?

Given how fast the world turns, consumers must vigilantly stay on top of who’s charging us and for what. Fortunately, we can assume that banking institutions are more vigilant than ever when monitoring fraud: 53% of Americans surveyed found out their account had been compromised after their bank reached out to them directly. Although the most common way individuals were notified of fraud was by phone call, 36% Americans found out they’d fallen victim through their banking statements. The remainder were clued into a problem when they swiped their plastic at the register and received a big, fat “DECLINED”.
We can look at the results in two ways:

Either way, we all need to do more to protect our finances both on and offline.

What are Top 5 states with the highest instances of credit card fraud?

How can you protect yourself against fraud?

The best way to minimize the chances of becoming a victim of fraud is to protect yourself against the many ways that criminals can get a hold of your sensitive personal and financial data.

While not all scams reach you online, phishing and other cybercrime are easy ways to part you with your money. And scammers are only becoming more sophisticated, using increasingly elaborate schemes to trick you into revealing personal and financial information.

Phishing scams and malware. These scams are typically email designed to look like they come from reputable institutions but are in fact trying to get to your credit card number or passwords. This is all an attempt to gain your trust so that you click, share or open what they’re pedaling, sometimes unleashing viruses, trackers or other malware on your device.

What can you do? Before opening any email, verifying your personal data or downloading an attachment, make sure the request comes from a legitimate source. Know that no lawful bank, retailer or provider will ask you to confirm personal information online. If in doubt, call the institution it appears the request is from to confirm the request.

Online shopping. Shopping online is part and parcel of living in the 21st century. But just as you might give the side-eye to swiping your card at a sketchy shopfront, you’ve got to keep your wits about you. While many online retailers are legitimate, scammers leverage the anonymity of the Internet to rip you off. If it sounds too good to be true, it just might be.

What can you do? Be wary of any deal that asks for upfront deposits or specific payment methods, like wire transfers or money orders. Also, check that you’re on an encrypted page. Look for a padlock to the left of your page’s URL, which itself should start with “https,” indicating a secure site. And search the Internet to see what others say about the site.

With so many tips about protecting yourself from digital scammers, keep an eye out for more traditional fraud in the analog world.

Dumpster diving. Yep, people are digging through your garbage to find more than just reclaimed food or recyclable cans and bottles. Rather, they’re after the details you toss away that can help them steal your identity.

What can you do? Never throw out documents that contain your personal information without at least making some effort to tear them up or run them through a shredder. Better yet, cancel as many paper bills or statements as you can, instead opting for electronic statements.

Stolen or lost cards. There’s no easier way for a thief to make fraudulent charges than by having your actual card in their possession.

What can you do? Whether you think you’ve left your card behind at the bar or your wallet’s gone missing, act fast. Call the last location you remember having it to see if somebody’s found it. If not, contact your bank immediately to cancel your card.

Beware the skimmers. They’re tricky little devices can be hard to spot, but scammers are known to attach these card readers on ATMs, gas pumps and other devices requiring your card for payments or withdrawals.

What can you do? Before inserting your card, jiggle or shake the reader. Moving it around could detach a poorly attached skimmer. Also take a closer look: If the card reader looks suspect, don’t use it.

Learn more about protecting your identity in our comprehensive guide to identity theft.

Start out with even a small side gig, and you may be surprised at how quickly it takes off. It just could become your main source of income.

Monetary figures and the top 5 state statistic were pulled from the Federal Trade Commission Data Book for 2018 dated February 2019.
To avoid skewing the data, this outlier was not included in mean calculations. We define generations by the age of participants at the time of the survey:
• Millennials — ages 18 to 34
• Generation X — ages 35 to 54
• Baby boomers — ages 55+ 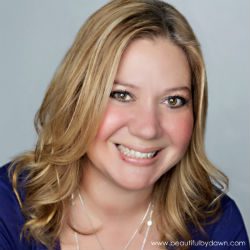 It (credit card fraud) is now not a matter of if will happen to you, but when. It is safe to use your credit cards but you do need to check your statements as they come in. Only you know what you charged so take the few minutes to review them each month.

We used to feel safe shredding our mail but in this time in our lives we have to do more than that because of information we give out. We give out social security number, date of birth at medical offices, cell phone plans, insurance, obtaining loans and credit cards and so many other places. So, instead of living in fear just be proactive to check your credit reports, bank statements and credit card statements. 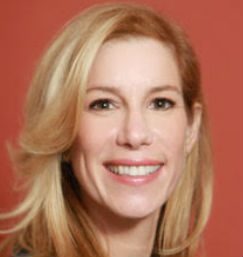 In my opinion, I have found it (credit card fraud) is on the rise. The consumer is not responsible for the fraud (though). The banks and companies are on the hook. But I go through every single charge on my credit cards and bank statements. It is tedious, but I regularly catch issues. There is no alternative to reconciling your accounts.

To make the process easier, I pdf receipts as I charge using the Adobe app on my phone and immediately email them to myself. When I arrive at the hotel, I drag and drop the receipts into a folder for each credit card. Reviewing statements is easy since the revenues are all in chronological order and ready if I need any for my taxes. 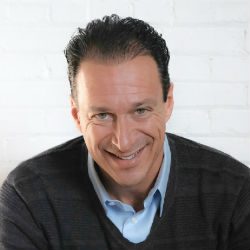 Credit card companies are not good at disclosing their failings. However due to the amount of data breaches that have occurred over the past couple of years, it seems likely credit card fraud is on the rise. It’s never been safe to use credit cards, however with the zero liability policies that most card companies have in place, the liability isn’t in the hands of the consumer, as long as they are paying attention to their statements and refuting unauthorized transactions.

When making charges online, it is important that the users device is updated with security software and whenever entering card data into a website make sure in the address bar it says HTTPs which designate a secure site. Besides that , there’s nothing more a consumer can do to proactively prevent card fraud. The best course of action is to closely monitor card statements making sure that all charges have been authorized, and the best way to do that is to set up “push notifications” where a consumer gets text messages and or emails in real-time. 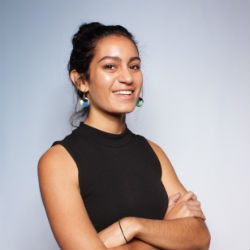 Merchants can do a lot to help consumers reduce their risk and instances of fraud. These include capturing CVV and AVS for all card-not-present transactions, declining transactions when AVS match fails, as well as pausing at checkout to verify that the customer is the cardholder by requesting an ID. Additionally, EMV is a big component now. By swiping a chip card (rather than inserting it) merchants are forgoing all the security benefits of this new technology, which puts their customers at greater risk of fraud and puts the business at risk of a bank-initiated chargeback — an incentive card issuers are using to encourage EMV adoption.

Was this content helpful to you?
Thank you for your feedback!
America’s biggest money lies Top 15 most expensive countries to be hospitalized in