Who is the average New Yorker?

New York is the fourth most-populated state in the United States, housing the most populated city and nearly 20 million people. If it were a country, it would be 60th in the world in terms of population. With a strong multicultural history, New York is an ever-changing community. With that in mind, we decided to find out who, exactly, is the average New Yorker. What is their name? Where do they live? What are their kids’ ages? How much do they drink? And how much personal debt do they have?

We combined our own data collected from various finder.com surveys of thousands of Americans, with data from the US Census Bureau, the Bureau of Labor Statistics, the Bureau of Economic Analysis and several other sources to build a personal profile of the average New Yorker. Meet Jennifer… 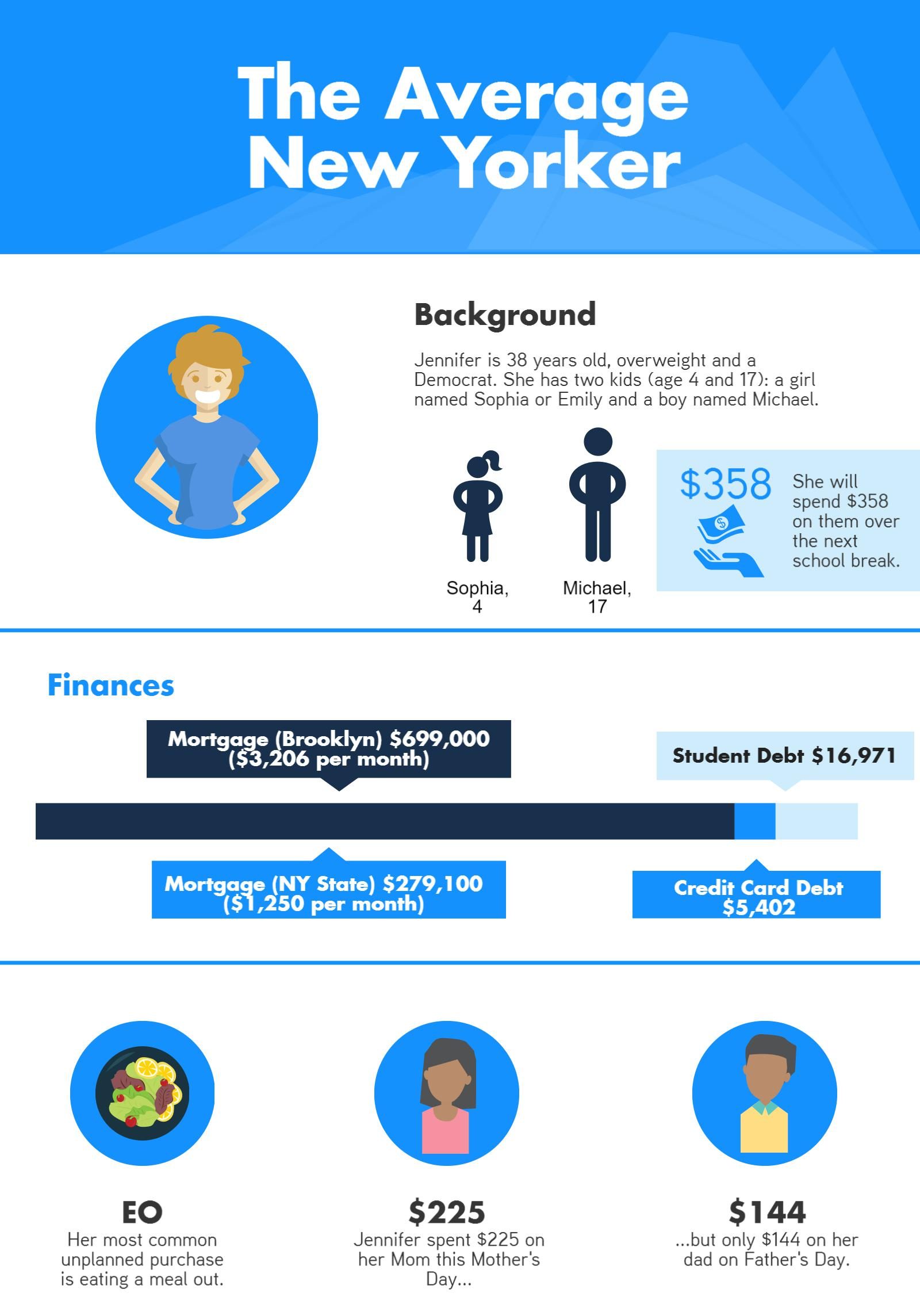 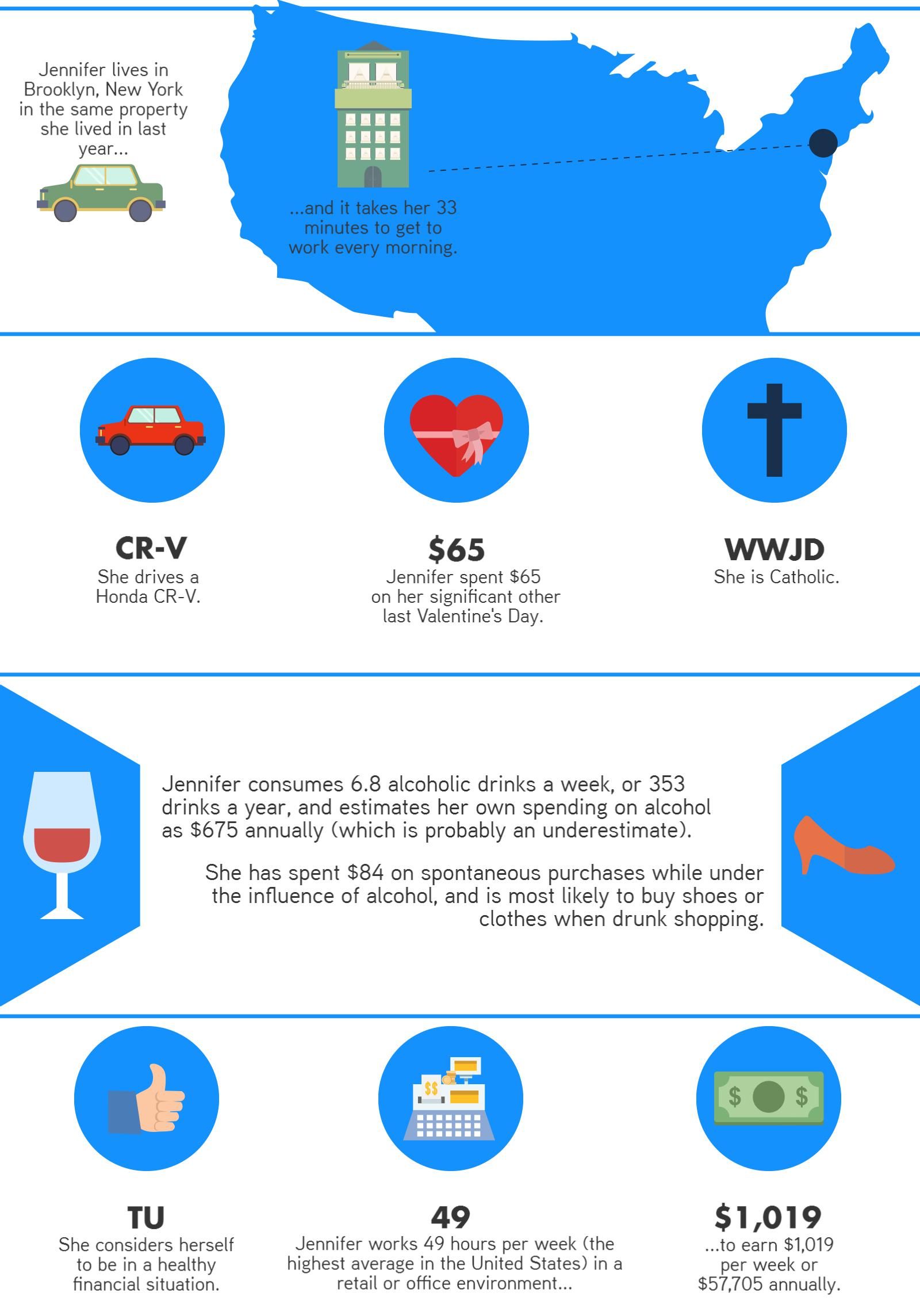 This study is meant for illustrative purposes only. In most cases, figures used were based on population averages, however in some situations this was not possible. In these cases, the most popular or populated item was used. An example of this includes Brooklyn being the most populated boroughs in the most populated city in New York State.

Why America’s spare bedrooms are worth $174.9 billion
How much you must earn to buy a home and live comfortably in 78 US cities
Drunk shopping: What Americans buy under the influence
Was this content helpful to you?
Thank you for your feedback!