Awesome features that US houses don’t have

Despite the common ground we share with people from countries all around the world, different cultures do certain things differently – particularly when it comes to home design.

If you’ve ever stayed in the home of a friend or family member in Europe, Asia or anywhere else in the world, you’ve probably come across everyday household features that you haven’t seen before. While they’re common inclusions overseas, you’d be hard-pressed to find them in your average American home.

We take a look at some of the features commonly found in homes overseas that are hard to find in American homes. In some cases, there’s definitely a thing or two we could learn from our foreign friends. As for some of the other features, well… you be the judge. 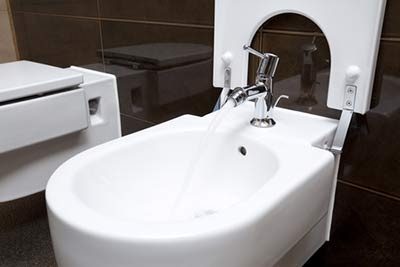 Have you ever walked into a bathroom in a European hotel and been stopped in your tracks by a weird-looking contraption next to the toilet? Bidets are common in Europe and parts of South America, and they provide a hygienic and convenient way to wash your private parts after using the toilet. They’re not a common inclusion in our bathrooms, but there’s no reason why they shouldn’t be more popular. 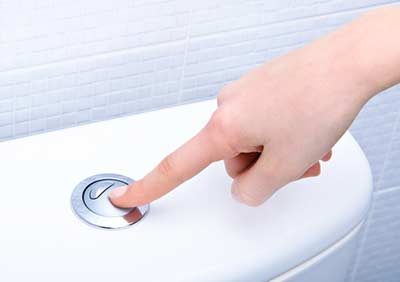 While dual-flush toilets are becoming increasingly popular as more and more homeowners become aware of their water-saving properties, they’re still much rarer here than they are around the world. These clever inventions include a half flush for number ones and a full flush for number twos, which can save your family somewhere between 8,000 and 20,000 gallons of water per year.
Get ideas for a bathroom remodel 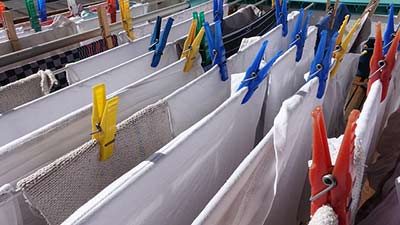 Clothes dryers are a useful modern appliance, especially during the depths of winter, but they’re also far from being energy efficient. If you’ve ever been to the land down under, you might have noticed one feature nearly every Australian backyard seems to have: a rotating clothes line. The idea that displaying your laundry makes you look like a lower-class citizen doesn’t apply in other parts of the world, and drying your clothes the natural way is a surefire way to cut down your energy bill. 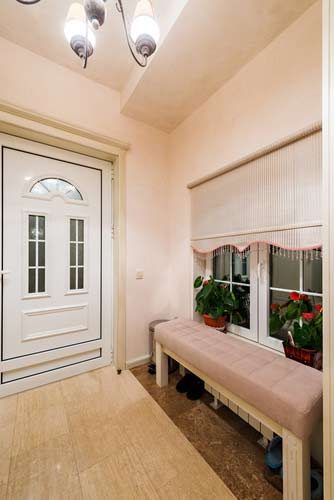 When the weather outside is arctic and the climate inside is pleasantly warm, a barrier between the contrasting conditions makes a lot of sense. That’s where a draft lobby comes in. Popular in countries like Finland, a draft lobby keeps the warm air in and the cold air where it belongs – out. It’s like an air vent you might find on a spaceship! 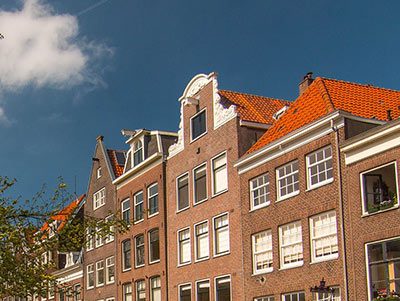 Doing everything you can to dodge the tax man isn’t a recent invention. Back in the 16th century, the amount of tax the people of Holland had to pay was based (among other things) on the width of their houses. Unsurprisingly, the Dutch responded by building tall, narrow houses that were also quite deep. There was just one problem: moving furniture in and out became a nightmare. The solution came in the form of pulleys with heavy ropes attached above the upstairs living room window. The houses in Amsterdam also lean into the street to help make it easier to hoist that new couch or big-screen TV into your home. 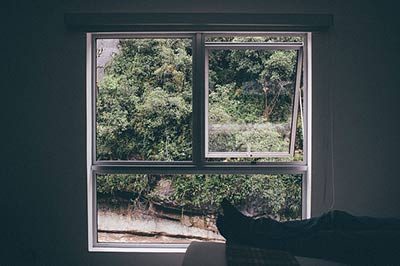 The windows installed in European homes are different to the windows in American homes. For starters, double-glazed or triple-glazed windows are common in countries where the winters get especially chilly, and many houses feature windows that can either swing in or turn in for that extra little touch of convenience.

Regardless of whether you’re an occasional cook or a professional chef, cooking and preparing food can be messy, which is why wet kitchens are a common feature of houses in Malaysia and many other countries. This separate area usually features a sink, a stove, an oven, a dishwasher and sometimes even its own fridge and freezer. This is the area that gets smoky, sticky, smelly and downright messy. The dry kitchen is a cleaner area of the home where some of those less dirty kitchen duties are performed, such as making toast or preparing a quick sandwich.
Could your home benefit from butler’s pantry? 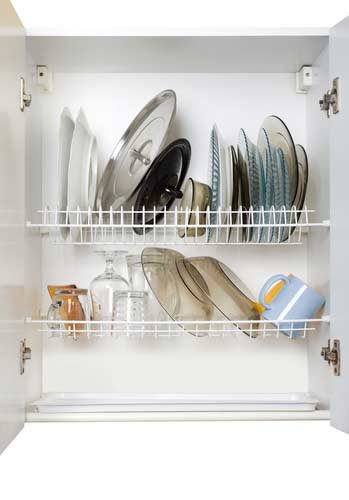 The last inclusion on the list is a slightly obscure invention from Finland. Instead of leaving recently washed dishes to dry on a rack on the kitchen counter, do you often find yourself towelling them dry before placing them in a cupboard? It’s this issue that the dish draining closet was designed to combat, by providing a cabinet where all your dishes can drain dry while obscured from view. The end result: a cleaner kitchen and less work for you.

Marc Terrano is a lead publisher and growth marketer at Finder. He has previously worked at Finder as a publisher for frequent flyer points and home loans, and as a writer, podcast host and content marketer. Marc has a Bachelor of Communications (Journalism) from the University of Technology Sydney. He’s passionate about creating honest and simple reviews and comparisons to help everyone get value for money.

How much you must earn to buy a home in 78 US cities America’s drunk shopping habit at $21.6 billion