Americans spent $74 billion buying items on sale that they regret.

Everyone loves the idea of getting a good deal. Unfortunately, what often follows is a precipitous fall as you realize that — while it may have been a good deal — what you’ve actually ended up purchasing is a cartload of buyer’s remorse.

If this sounds familiar, you’re part of the 64% of American adults who’ve bought an item only to regret that decision following the purchase. According to Finder’s Black Friday Shopping Report, Americans spent a combined total of $74 billion purchasing items on sale that they later regretted.

Apparel is our biggest regret

Somewhat surprisingly, the most commonly regretted shopping decisions don’t revolve around big-ticket items. It’s clothing and shoes that 77.27% of Americans say they later regretted buying, with an average spend of $72.02.

Next up are electronics, with 51.43% of those making regrettable purchases saying they’d picked up a gadget or electronic device, at an average of $175.85. Rounding out the top three most common regrets for shoppers were food and alcohol purchases at 44.25% and an average spend of $67.70.

But what about those big-ticket items? Only 23.77% of shoppers in our survey said they regretted buying a major appliance at an average spend of $255.11.

Both men and women were about even in regards to whether or not they’d made a regrettable purchase, with 64.5% of women regretting purchases they’d made, versus 64.1% of men.

Similarly, both men and women had clothing and shoes as their top regret. Women (80.4%) were slightly more likely to rethink that purchase than men (73.8%). The next most commonly regretted purchase for women was beauty and makeup at 45.9%, with electronics and gadgets the second most common regret for men at 68.5%.

Clothes and shoes were the top regret for all generations. The second most regretted purchase for Millennials (61.3%), Gen X (59.9%) and Baby Boomers (38.5%) were electronics and gadgets. Food and alcohol were number two for Gen Z (59.5%) and beauty and makeup for The Silent Generation (34.5%).

Why do people impulse buy? 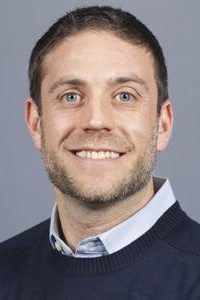 It is common for consumers to engage in impulse buying when brands frame their product promotions as limited time deals. Time-bound offerings have the potential to catapult individuals into fragmented and disorganized consumer decision making states. This influences their shopping behavior, often leading them to purchase much more than intended. For many, the marketing environment they interact with is a stimulus that can cognitively prime their self-reward focus and lead them toward impulsive consumer behavior.

What are the motivations behind retail therapy? 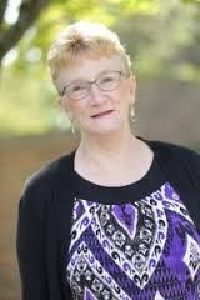 Several years ago, I co-authored a book (with Dr. Stella Minahan) entitled Consumer Behavior: Women and Shopping (2011). In this book we discussed retail therapy as one of the motivations for shopping, Our book focused on shopping at brick and mortar stores vs. online shopping. We found that, for some women, shopping served as one way to deal with their emotions, in particular, negative emotions such as anger or sadness.

For some, simply browsing the merchandise was sufficient to lift their mood. While for others, they needed to actually buy something to feel better. Their purchases usually were hedonic products (think chocolate). Researchers call this phenomenon “compensatory consumption.” Some women engaged in retail therapy as a stress reliever, after having a bad day. Older or younger women often used retail therapy to fill time or to relieve boredom.

Under the COVID-19 pandemic, I believe that for some consumers, offline retail therapy (i.e. visiting a physical store) serves the latter purpose, relief from the boredom of social distancing and sheltering in place. This is particularly true in places where there are very limited entertainment options.

Our data is based on an online survey of 1,800 US adults born between 1928 to 2002 commissioned by Finder and conducted by Pureprofile in September 2020. Participants were paid volunteers.

We assume the 1,800 participants in our survey represent the US population of 254.7 million Americans who are at least 18 years old according to the July 2019 US Census Bureau estimate. This assumption was made at the 95% confidence level with a 2.32% margin of error. We asked respondents if they ever purchased something on sale that they later regretted, and the most they spent on an item that they regretted purchasing in several categories.