Businesses could be turning away thousands of dollars by not offering a card terminal.

When you live in a bigger city, it’s easy to take accessibility for granted: public transportation, 24/7 laundry, corner convenience stores — and paying for nearly everything with a credit card.

It can be unnerving to be at the register of a business that doesn’t offer the ability to pay by plastic. Without cash, you may even walk away from the sale. 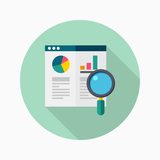 Our research team put these words to the test by commissioning a survey of 6,838 American adults. The survey was conducted by global research provider Pureprofile.

Our findings showed that businesses choosing not to invest in a card transaction facility are losing an estimated 11.8 million customers.

This means that a retailer with an annual turnover of $2 million could lose $73,000 in potential annual revenue.

With consumers less likely to carry loose cash, businesses that do not provide card paying facilities are at a growing disadvantage. A 2015 ATM Marketplace report discovered that 5% of Americans don’t carry cash on them.

Our research team found that some three-quarters of people (73%) would leave a store without making a purchase if it didn’t offer a card terminal and they didn’t have cash on hand. Of that 73% — comprising 11.8 million Americans — 36% said they wouldn’t buy anything from that store, and the remaining 37% indicated they would try to shop elsewhere.

The remaining 27% would find an ATM and come back to the store.

Small businesses are especially susceptible to revenue loss if they don’t have a card terminal in their stores.

Fred Schebesta, finder.com’s CEO, isn’t surprised that small businesses could lose customers by not having credit or debit facilities. “Small businesses rely so heavily on their customer base that if a customer has a negative experience, they are likely tell their friends and family about it,” he says.

Millennials are most likely to shop elsewhere if a merchant doesn’t provide the flexibility to pay by credit or debit card.

Demographics across the board

Generational. Our studies looked at three major demographic groups to learn how cash only can affect the way they shop:

If a merchant does not have card facilities, I will shop somewhere else:

If a merchant does not have card facilities, I will leave the store without buying anything:

When it comes to men and women, 63% of women would not return to a merchant that doesn’t offer a card terminal, compared with 37% of men. The remaining percentage would make an effort to find an ATM and come back to the store with cash.

How much a person earns plays an important part in a buyer’s mindset. Shoppers with higher income levels are more likely to leave a store that doesn’t have a card terminal without buying anything. Of those earning high incomes of $175,000 to $199,999, 77% would leave the store empty-handed. The remaining percentage would find an ATM and return to the store with cash.

For lower-income earners making up to $9,999 a year, 70% would forgo the purchase, and 30% would withdraw cash from an ATM and return.

The world is moving ever further in a digital direction. To remain relevant and prevent future revenue loss, businesses must consider adapting to accept debit and credit cards at the point of sale.

Eleven states were excluded from our state-by-state analysis due to sample sizes of under 40 people.

Small businesses can benefit not only from accepting credit cards, but also using them for expenses. While researching how to begin offering customers the option to pay by card, think about how a credit card could help your business. Consider getting a card that offers rewards in the areas that your business spends the most.

Jeremy is finder's Global Head of Publishing & Editorial. Jeremy has been with finder since the very beginning and is part of the founding team working closely with Fred and Frank to build finder.com into the comparison network it is today.