How to protect your home from burglary

Save on insurance while protecting your property. 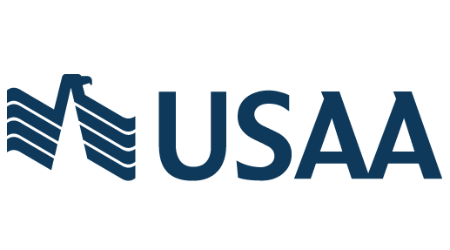 Burglar alarms, secure shutters and other business and home security measures can make a significant impact on your safety and insurance premiums. And insurers consider the presence or absence of security features when determining your home insurance premiums.

10 simple ways to protect your home against theft

Some signs of security measures are better than none, so try taking some of these steps to help protect your home.

What kind of security is the best deterrent?

Most burglars interviewed by an Oregon news outlet in 2017 stated that a big barking dog was enough to put them off of a potential target. Other widely agreed upon deterrents included seeing a car in the driveway, a house being very visible from the road and hearing a TV or radio going.

Security cameras were met with mixed answers, with the majority thinking twice about breaking in, but some saw the cameras as an indicator there might be valuables.

What are the most commonly stolen items?

When a burglar enters a home, they’re generally looking to get in and out within a few minutes. They will take whatever’s valuable, and usually start in the master bedroom.

Some of the most stolen items include:

Yes, personal possessions are generally included in home, renters and condo insurance. For example, typical policy conditions may include the following:

Are there any theft exclusions?

Exclusions are conditions where a policy won’t pay out. Other terms may also apply. Generally, these match real life burglary risks. For example, you won’t necessarily be covered in the event a burglar gains access through an unlocked front door while you’re out of the home.

For home, contents and business insurance, you won’t get coverage for theft in these scenarios.

Can I get home insurance discounts for taking anti-theft measures?

The most effective countermeasures are often rewarded with lower insurance premiums, but different insurers might consider different aspects. If you’ve recently installed or upgraded your security measures, including installing security shutters or renovating your garage, it can be worth reassessing your policy to see if you’re entitled to home insurance discounts.

You could typically save up to 20% on home insurance if your home has any of these features.

Most burglars are likely to look for easy targets. According to a study by the University of South Florida, there are four types of burglar profiles — organized, disorganized, interpersonal and opportunistic.

How do most burglars break into a home?

According to the FBI report, 57.5% of burglaries were forcible entry, and 36.2% were unlawful entry. Burglaries are more likely to occur between 6 am and 6 pm.

Over half of all burglaries involved breaking and entering. A sign indicating you have an alarm system or a dog can potentially deter would-be thieves from attempting to break in, and an active alarm can chase away those who do get in.

How do burglars pick a target?

Over 80% of the burglars surveyed in a 2014 study out of UNC Charlotte stated they check if their target has an alarm system before deciding whether it’s worth the risk. Some ways burglars make their choices include:

By taking appropriate precautions, you can make sure the risk of burglary is minimal and reduce your home or business insurance premiums. A similar principle applies to other risks like storm, fire and flood, and it can be worth looking for the best way to protect your home from all potential hazards as you compare insurance policies.

Rhys Subitch is a former writer and editor at Finder who tackled topics across the site. With half a decade of experience researching, editing, and writing for a Fortune 500 company, university, and several independent publications, Rhys brought readers the most up-to-date and curated information on all things finance.