What that 5-star rating really means.

How to Buy a Car

A car’s safety rating is one of the most important factors to consider when comparing different makes and models. Understanding how they work and which organizations you can trust can help ensure you invest in a car that meets your needs.

What determines a car’s safety rating?

A car’s safety rating is determined by a series of crash tests and its safety features. There are 2 US-based organizations that many automakers and consumers rely on to test and rate car safety: the National Highway Traffic Safety Administration (NHTSA) and the Insurance Institute for Highway Safety (IIHS). These set the standards for how cars are rated and analyze different criteria to paint a full picture of how well a car can keep its occupants safe.

In Canada, specifically, vehicle manufacturers and importers must adhere to the standards set by the Motor Vehicle Safety Regulations (MVSR). Drivers can look for the National Safety Mark on vehicles and child car seats as an indicator of reliability. 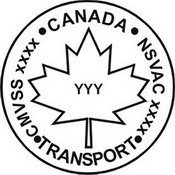 In Canada, the Minister of Transport authorizes the use of the National Safety Mark by vehicle manufacturers that can certify that the production of its vehicles complies with the appropriate standards in the MVSR. At the centre of the logo is a maple leaf with a unique number assigned to each company.

Vehicle manufacturers must have the capacity to issue recalls and respond to compliance audits. The specific standards to which vehicles must adhere is determined by the class into which vehicles fall according to the MVSR.

How to buy a car in Canada

After a series of crash tests, the NHTSA bases its ratings on your likelihood of being injured — with a 5-star rating going to the safest vehicle possible. This typically means that the vehicle has scored “good” on multiple crash tests. NHTSA ratings are often included on car comparison websites to help you quickly discern which cars are safest.

The IIHS conducts more strenuous tests on vehicles, putting them through different scenarios to rate them as one of the following:

A car that has good crashworthiness — meaning it limits injury and protects the people inside — is typically given a “good” rating.

Why does a safety rating matter?

The safety rating on a car can be a critical component when it comes to saving your life. According to the IIHS, the driver of a vehicle rated as “good” is 70% less likely to die in a left-side collision than the driver in a vehicle rated as “poor.” When you’re selecting your next car, check its safety ratings from both the NHTSA and IIHS to ensure you’re making a solid decision based on more than just getting a good price at the dealership.

What does the crash test process involve?

It depends on which organization you get your car safety ratings from. The NHTSA and IIHS both conduct comprehensive testing, and knowing your car ranks well with both can give you some added peace of mind during your shopping experience.

The NHTSA bases its score on 3-4 tests depending on the build of the car:

Because the IIHS doesn’t rely on government funding, it’s able to conduct more strenuous tests under more conditions. When giving a car a rating, it will conduct these 7 tests to ensure a car is safe to drive:

The NHTSA states that standard safety equipment like air bags, seat belts and a tire pressure monitoring system are three factors you should take note of when inspecting a car. Driver assistance technology like forward collision warning, lane departure warning, rearview cameras and automatic emergency braking are also helpful in keeping cars safe — and many new cars come standard with one or more of these.

The IIHS doesn’t have any specific recommendations, but it does have information on these features as well as headlights, speeding and distracted driving on its website. You can also find details about your state’s seat belt laws. Even if you aren’t legally required to wear your seat belt, they saved nearly 15,000 lives in 2017 according to the NHTSA.

How to get a VIN check on a used vehicle

Understanding how a car’s safety is determined is critical when you’re shopping for your next vehicle. When you’re ready to buy, compare your car loan options to ensure you’re getting the best deal available to you.

Kellye Guinan is a seasoned financial writer with over 500 articles under her belt spanning all things loans from auto to personal to business and everything in between. With four years in the field and five years of research experience, she's able to make complex personal finance decisions easier for anyone to tackle. When she's not up to her knees learning about the latest trends in lending, she spends her time improving her own financial literacy and expertise — and maintaining a Duolingo streak of over 1,300 days.

What happens to a car loan or lease when the owner dies? Can you have two car loans at the same time?