Find out what Ripple and XRP are and how the blockchain works. 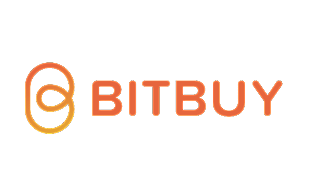 Launched in 2012, XRP is now one of the largest cryptocurrencies by market capitalization and aims to offer fast, affordable and reliable cross-border payments. Both XRP and the associated XRP Ledger are used by US technology company Ripple. Ripple develops a range of solutions focused on transforming the global payment industry.

Ripple is based in San Francisco and now works with more than 500 employees. The company’s main aim is to create a global settlement network that offers more efficient transactions in comparison to traditional solutions.

Before going any further, we should point out that the term “Ripple” is often used incorrectly. The term is often used to refer to Ripple, the company; to XRP, the cryptocurrency; and to RippleNet, the network of payment providers. Here are the correct definitions:

According to the SEC press release “The complaint alleges that Ripple raised funds, beginning in 2013, through the sale of digital assets known as XRP in an unregistered securities offering to investors in the U.S. and worldwide.”

Ripple filed a 93-page response to the lawsuit on 01/29/2021, stating that “XRP performs a number of functions that are distinct from the functions of “securities” as the law has understood that term for decades. For example, XRP functions as a medium of exchange — a virtual currency used today in international and domestic transactions — moving value between jurisdictions and facilitating transactions.”

Current methods of sending money internationally are outdated and slow. This is best summed up in this excerpt from Ripple’s cost model paper:

“Today’s global payments infrastructure moves money from one payment system to another through a series of internal book transfers. Because book transfers occur across different systems with a low level of coordination, fund settlement is slow (often 3-5 days, trapping liquidity), error-prone (error rates run upwards of 12.7%), and costly ($1.6 trillion in system-wide costs for global cross-border transactions).”

Despite the fact that the global remittances industry is huge, there’s currently no streamlined and well-organized international network to handle cross-border payments. This is the problem Ripple aims to solve.

However, rather than going toe-to-toe in competition with the banking Goliaths that currently control this sector, Ripple’s plan is to partner with major financials around the world to offer a blockchain-based solution.

By joining Ripple’s global network, Ripple says that financial institutions can process their customers’ payments anywhere in the world instantly, reliably and cost-effectively.

The XRP Ledger runs thanks to a network of participants (or validators). These validators need to agree (form a consensus) to approve all transactions. However, unlike other blockchains, these validators are not rewarded. They are not rewarded so that their performance isn’t distorted. Instead, the XRP Ledger relies on the fact that if a company needs to use the blockchain, it is in the interest of that company to participate in the consensus mechanism and participate honestly.

Each new “ledger” (or block) in the chain must be agreed upon by 80% of validators. This system means that a new ledger is created every 3-5 seconds. This translates to 1,500 transactions per second (tps). Bitcoin processes approximately 4.6 tps.

The biggest obstacle to Ripple’s quest for optimizing global payments is adoption. RippleNet, the XRP Ledger and XRP need to be adopted by the banks and financial institutions that facilitate transactions worldwide. If more banks join the network, this should encourage demand for XRP and also entice other banks to join the platform.

However, Ripple is not the only organization looking to innovate the global payment system and capture market share. Ripple faces stiff competition from other cryptocurrency competitors, such as Stellar, and in-house blockchain creations being trialed by financial institutions, such as SWIFT.

SWIFT currently connects more than 11,000 of the world’s financial institutions through its own network and has been working on its own trials of blockchain technology. Credit card giant Visa is also exploring its own blockchain-based cross-border payment options.

Alongside competition, there is also a constant shadow over how XRP is used within the Ripple ecosystem. Usage and network effects might drive price actions to a large extent, but this may not translate into higher prices as directly as expected. Trillions of dollars are crossing borders each year, but it’s still not clear how much market cap XRP needs to adequately service the industry.

As a result of the complaint, the SEC brought a lawsuit against Ripple in December 2020. Unlike Bitcoin and Ethereum, which have been marked as commodities, XRP is still viewed as a security, which would place it under the SEC’s jurisdiction. However, the legal battle is ongoing with Ripple arguing that other official government agencies have not and would not classify XRP as a security. The outcome of the case will be a key moment in XRP’s future.

With partnerships increasing and strong financial backing, Ripple and XRP have become major players in the cryptocurrency world. XRP was designed to bridge the gap between the traditional banking industry and the new age of digital currencies. As anyone that has sent money internationally will know, the sector is crying out for innovative disruption.

However, whether Ripple has the products in place to challenge the world’s financial industry remains to be seen. The ongoing lawsuit will also need to be overcome. As always, remember to research the project thoroughly before deciding whether you should buy any XRP.