When picking a long-term partner, we all have our dating red flags and deal breakers. While some are obvious, like bad behaviour or poor communication, others can take longer to uncover. There’s one red flag you really ought to consider before you shack up. It’s not the number of people they’ve slept with or their crazy ex-partner – it’s actually the amount of debt they could potentially offload.

Sexually transmitted debt (STD) is a reality for just under a third of Canadians. According to a new Finder survey, 31% of respondents say they’ve taken on some form of debt from a partner. We’re not talking about spare change, either. The average amount of debt Canadians have “caught” from their partners is $17,417, equating to an estimated national toll of $160 billion.

Thinking of combining your bank accounts? You might want to think again. The most common way people acquire sexually transmitted debt is from purchases made via a joint bank account. Over a third of Canadians who’ve inherited a debt say the joint bank account is to blame (34%), followed closely by people who’ve had purchases made specifically in their name (32%). Others say their debt was the result of a divorce settlement (12%) or their partner passing away (5%).

Another 18% of people surveyed say they inherited debt for other reasons, such as a family debt owed to in-laws. One man simply put “long story”. Enough said!

Credit card debt tops the list, with more than half of inflicted Canadians (52%) taking on debt from their partner swiping and tapping away. Personal loans (20%), borrowing from family and friends (16%), auto loans (13%) and mortgages (12%) are also common forms of partner debt to take on.

Who’s most likely to catch a sexually transmitted debt?

Men and women are equally likely to take on a sexually transmitted debt, but the similarities end there. Women take on significantly more debt than men – on average, women take on a whopping $23,557, while men take on less than half that, at just $10,972.

Younger generations have inherited the least amount of debt. On average, generation Z has contracted a debt of $1,982, while baby boomers have acquired the highest average debt, at $28,277.

It’s not all bad news for boomers though, as they’re actually the least likely generation to take on debt from a partner. Just one in five boomers admit to STD compared to two in five people from generation Y (43%).

How does Canada’s sexually transmitted debt compare to the United States?

A similar survey in the United States found that fewer Americans have taken on a debt from their partner than Canadians. Just 16% of Americans have some form of sexually transmitted debt, compared to 31% of Canadians.

However, Americans tend to take on more debt from their partners, with an average sexually transmitted debt of $23,238 – almost $6,000 more than Canadians.

How to prevent sexually transmitted debt:

The good news is you can protect yourself from an unexpected STD. Here are a few tips to follow: 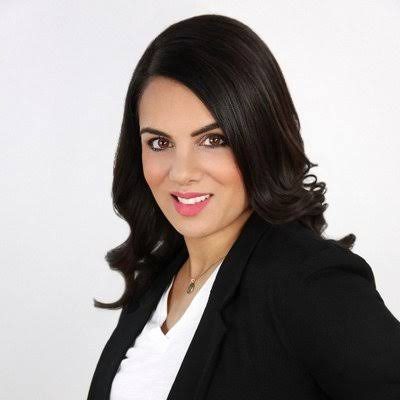 At what stage of a relationship is it appropriate to talk about debt?

It is appropriate from the moment it becomes clear you are planning to share life on a bigger scale (e.g. move in together or get married). That said, if one or both people carry an enormous amount of debt into the relationship, it may be worth having a conversation about that a little earlier on, but certainly only when a relationship becomes serious.

Do you have any advice for people who have unexpectedly inherited debt from a partner?

Yes – ask yourself how you managed to “unexpectedly” inherit debt? It’s one thing if your identity is stolen or compromised, and your partner – unbeknownst to you – imposes bad debt or credit against your name. This happens all too often, as we know, even by those we love. It’s quite another to not be intelligently attentive to your joint finances and how you will manage and keep track of them going forward. There aren’t many excuses then for debt being “unexpected.” The moral of this story is: openly and regularly disclose financial positions and ongoing management with serious/married partners.

On the flip side, for people who have a debt and are looking for a partner – what should they do before they enter the dating game?

I don’t think anyone’s debt or personal financial situation should ever prohibit them from dating unless they have the expectation of finding someone to support them. I guess there are always people who are willing to do that. But my view is the best and healthiest relationships are those where two fully (or working towards) independent and happy people choose to come together and be happier and share life together.

This data is from a nationally representative survey of 1,212 respondents commissioned by Finder and conducted by Pureprofile in October 2019.
Was this content helpful to you?
Thank you for your feedback!

How to pay your bills if you’ve lost your job LoanConnect review: Find your lender matches