How to earn passive income with cryptocurrency

Cryptocurrencies can pay dividends, but beware of the extra risks. 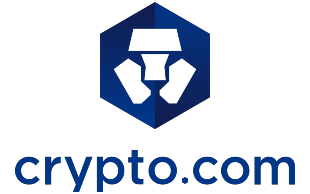 Some cryptocurrencies pay out ongoing income similar to earning interest, which can be a great way to put otherwise passive capital to work. Keep in mind though that due to the volatile price of most cryptocurrencies, the returns may not make up for the initial investment. Read more about earning in our crypto passive income guide below.

Places that can pay passive income on cryptocurrency

Here are some of the most common ways of earning a passive income with cryptocurrencies.

Staking tokens: Get paid to HODL in an online wallet

Staking cryptocurrencies will offer ongoing payouts to those who hold their cryptocurrencies in suitable wallets. These token balances will typically then perform important network security functions.

Essentially, they act as a tangible “weight” for securing a network, the same way a bitcoin miner’s electricity consumption and mining gear acts as a tangible weight to secure bitcoin. There are some factors to consider, though:

The following are some of the most liquid and widely-traded staking coins, characterized largely by having a low barrier for entry and requiring little or no technical knowledge.

Masternodes: Earn more crypto by getting serious about staking

Want to be a masternode? Read the complete guide and find more masternode coins here.

Cryptocurrencies with masternodes include the following:

Exchange dividend cryptocurrencies: Get a share of the profits

Many cryptocurrency exchanges will run systems where holders of exchange tokens are rewarded based on traders using the exchange.

These are some of the exchanges whose tokens share profits with holders:

Airdrops, forks, burns and buybacks: Get paid to be in the right place at the right time

Many cryptocurrencies will have regular or irregular buybacks, token burns, airdrop arrangements and more.

You will typically need to hold the cryptocurrency in your own personal wallet to take advantage of forks and airdrops. If you have the funds on an exchange, the exchange will get the funds instead.

How to benefit from forks and airdrops

The vast majority of forked or airdropped cryptocurrencies will end up being worthless, but a few have bucked the trend.

For example, NEO holders received free Ontology (ONT) in an airdrop in February 2018, at a rate of 0.2 ONT per NEO. ONT reached its all-time high of prices above US$8 in May 2018 and at the time of writing (February 2019), it’s ranked number 26 by market cap. All that beneficiaries had to do was hold NEO at the time of the airdrop and ONT showed up for free.

Others require more preparation. Polymath, for example, gave airdrops of 250 free POLY tokens to people who signed up for it in advance. At its peak, that free airdrop was worth hundreds of dollars. Today it’s worth about $25.

And the largest airdrop in crypto history – a $125 million giveaway – is still ongoing as of February 2019, and it only requires you to download the Blockchain.com wallet.

Forks are similar and just require you to hold your own keys. For example, longtime bitcoin “HODLers” have grown accustomed to money out of nowhere, with Bitcoin Cash and then Bitcoin SV, Bitcoin Gold and dozens more obscure forks creating free money for them.

New airdrops and forks are being announced all the time and the best way to profit from them is to prepare ahead of time to be in the right place at the right time. Protocol-level cryptocurrencies such as Ethereum, EOS and Stellar tend to experience the most airdrops and forks.

The following cryptocurrencies have buybacks and token burns as a feature. Note that although coin burns do affect the circulating supply, historically they’ve tended to have no immediate price impacts. Some of these are regularly planned buybacks, while others are periodic or one-off buybacks.

Interest: Create value with your cryptocurrency

Some cryptocurrencies will pay users to create value, much like how banks pay interest because by keeping your money there, you’re helping create value for them.

The same principles are found in some cryptocurrencies, where you can lend out your crypto for profit, use it as collateral for your own cash loans, use it as a valuable voting tool and more.

The following cryptocurrencies offer different returns for different services you can perform with your crypto. Earning interest by lending your crypto, or offering it as loan collateral, is popular.

The risks and downsides of passive income cryptocurrencies

It’s possible to make money from staking, taking advantage of airdrops and more, but there are also risks.

Staking income and similar benefits are typically paid in the same cryptocurrency, so if its price drops to zero, the passive income won’t be worth anything.

There are some other risks associated with trying to earn passive income, including:

If you want to earn passive income with cryptocurrency, it’s as important as ever to proceed carefully and make sure you do thorough research.

Staking video: How to Stake on NDAX