Cardano might be the third generation and has the goal of overcoming the problems other currencies have encountered. It was specifically designed with the aim of offering fast and direct transfers, as well as a platform for financial applications. Its goals are incredibly ambitious, but there are a lot of issues Cardano will need to overcome to achieve these goals.

Predicting the price of any cryptocurrency is a difficult business. Cryptocurrencies are complex, volatile and highly speculative, and there are many competing factors with the potential to positively or negatively influence price. Some of the key issues that could push Cardano’s price up or down are outlined in the table below.

The future plans and developments in store for any cryptocurrency project can have a big influence on its future price. This is especially true for projects like Cardano that are in the early stages of development.

Happily, the Cardano community maintains an impressive and thorough road map outlining its plans for the months and years ahead. The first phase of the road map, Byron, saw the release of the Cardano mainnet in September 2017. The next phase, Shelley, is designed to ensure that all of the key elements are in place so that the platform can grow into a fully decentralized and autonomous system.

In finder’s March 2018 cryptocurrency predictions, the average forecast from our panel of experts was for ADA to achieve a 594% price increase by the end of the year – whether this prediction comes true or not remains to be seen.

The bottom line with Cardano and its ADA cryptocurrency is that it’s still very early days. While it’s a platform with plenty of promise and potential, that promise and potential is still some way off from being fully realized. It’s also far from the only exciting project with lofty goals, and predicting which platforms will achieve widespread adoption and which will struggle for relevance is extremely difficult. 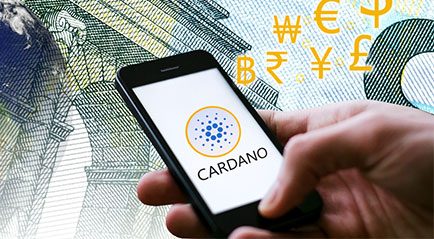