Just a fraction of Canadians are happy with their salary

26 August 2019
Dreaming of a bigger pay packet? You’re not alone. Finder’s survey of 1,200 Canadian adults reveals nearly a third, or roughly 8.5 million, say they want a salary increase. A further 3.6 million Canadians say they’d move jobs to get the pay raise they want. With so many Canadians searching for ways to increase their pay, we analyzed StatCan labour data to reveal which jobs had the biggest average salary increase 2017 to 2018. First, we analyzed data to reveal the biggest salary increases across 21 industries, then, using a separate data set, we examined the pay increases of specific job roles.

Canadians want bigger salaries, and they’ll move to find them

Men are more satisfied than women, with 16% of men saying they’re happy with their salary compared to 11% of women. It’s no wonder they’re more likely to be happy, given men also earned higher salaries. The average male income was $59,842 in 2018, while women earned an average income of just $52,062, according to Finder’s analysis of StatCan data.

The industry you’re in has a huge impact on your earning potential – an office manager in a professional services firm is likely to be paid more than an office manager at a small business. So which industries had the biggest pay bump across the board?

The forestry, logging and support industry had the biggest average salary increase last year. People working in this industry earned an extra 7.33% in 2018 on average compared to the previous year – a nice pay bump of $4,273.

Real estate was the next best industry for pay increases, at 5.58%. Accommodation and food services (hospitality) workers were right behind, with an increase of 5.43%.

One industry–manufacturing– saw a pay decrease in 2018. Workers in this industry saw their salaries shrink by -0.09% in 2018 on average compared to 2017, which translates to roughly $53 lost over the course of the year.

If you are one of the 3.5 million Canadians willing to move jobs to earn more, it’s worth noting that just because an industry had an increase in 2018 is no guarantee there will be one this year or next year.

While an industry overview might give you an indication of your future earning potential, salaries can vary greatly depending on your job title. To help break it down further, we analyzed a separate StatCan labour data set from 2017-2018 of 50 occupations to find the roles within specific industries that had the largest salary increases. 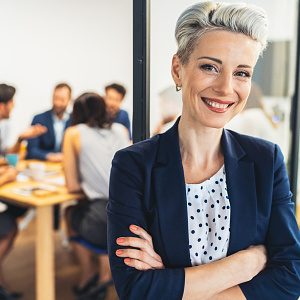 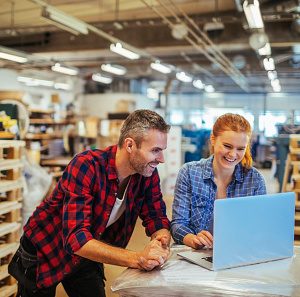 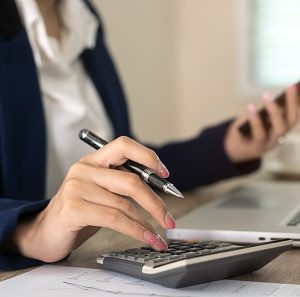 29. Professional occupations in business and finance 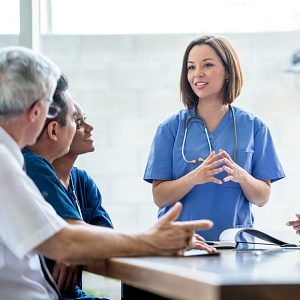 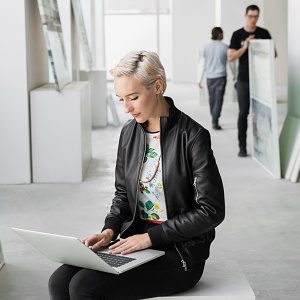 50. Professional occupations in art and culture

Generally, the roles with a lower base wage saw a higher percentage increase. In fact, 8 of the top 10 roles for salary increases were still among the 10 lowest salaries for 2018. So, just because a particular job had a big salary jump it’s not necessarily going to be the most lucrative occupation. However, if you are looking to make a job move it’s worth considering how quickly salaries for that role are growing.

The exceptions? People in senior management received the biggest average salary increase last year, despite already being well paid. These roles earned an extra 10% in 2018 on average compared to the previous year, or a whopping $10,317. They also had the highest average salary overall, at $113,526.

People working in natural resources, agriculture and related production also earned a nice pay rise at 5.85% – the fifth biggest salary increase. This equates to an extra $2,870 a year.

You might not work solely for the money, but there aren’t many people who want to lose money on the job. Unfortunately, two roles – professional occupations in nursing and professionals working in arts and culture – actually saw a pay decrease in 2018. Professionals in nursing saw their salaries shrink by an average of -0.33% in 2018 compared to 2017, which translates to roughly -$250 lost annually. Arts and culture professionals fared even worse, losing -4.54% of their salary, or roughly -$2,683 over the course of the year. Ouch!

Think you know how much you’re worth? Chances are, you don’t have a clue. According to Finder data, just over 18% of Canadian adults have an understanding of how much they deserve to be paid.

Canadians aged 65 and over were least likely to know their value; however, this is likely because they are also the least likely to be currently working. Over three quarters of people in this age group (77.65%) said they were retired or unemployed.

Flexible work and other perks

Not everyone works for money – around 11% of Canadians say perks like flexible working options and training and development opportunities are more important to them than their salary.

Interestingly, women were a lot more likely to value other work perks – potentially because they have a greater interest in extras like maternity leave. 13.26% of women say they value perks over their pay, compared to just 9.30% of men.

Survey data is from a survey of 1,200 Canadian adults commissioned by Finder and conducted by OnePoll in March 2019. Due to not having enough respondents, the North (Nunavut, Northwest Territories and Yukon) was not included.

To find the industries with the biggest pay raises in 2018, we analyzed StatCan data from 2017 and 2018 on the weekly wage for 21 industries. We multiplied these figures by 52 weeks to find the annual pay. We then found the difference between annual salaries from 2017 and 2018 to find how the salaries had changed in the last year. We ranked industries based on both the percentage change and the total amount earned or lost.

To find the jobs with the biggest pay raises in 2018, we analyzed StatCan data from 2017 and 2018 on the hourly wage rate for 50 occupations. We multiplied these figures by 40 hours, and multiplied this figure by 52 weeks to find the annual salary for each occupation. We then found the difference between annual salaries from 2017 and 2018 to find how the salaries had changed in the last year. We ranked jobs based on both the percentage change and the total amount earned or lost.