Bitcoin vs Gold 2021: Which should you invest in? 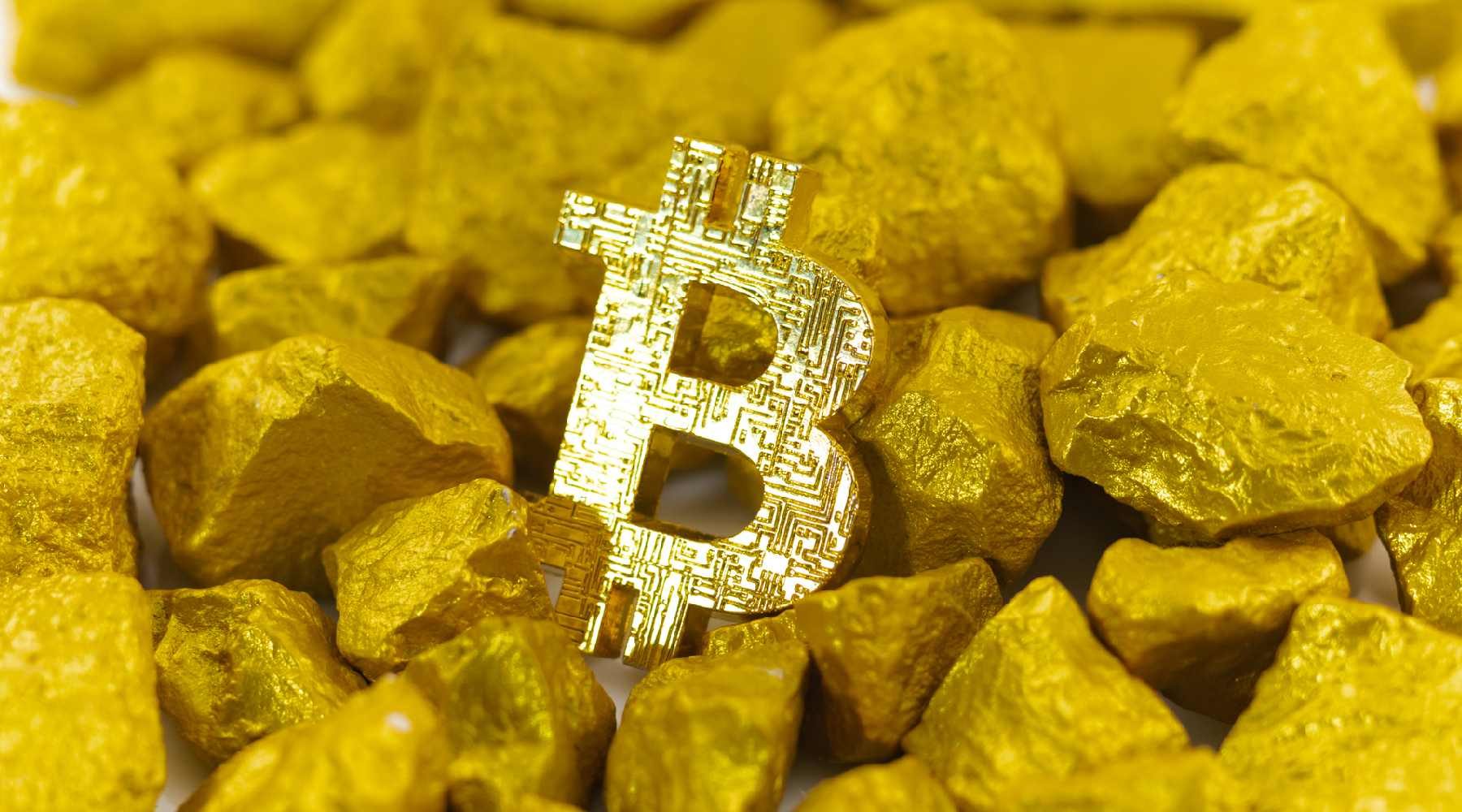 J.P. Morgan suspects Bitcoin is on its way to becoming the new gold – but should you invest?

Bitcoin is amidst it’s biggest bull run in history, growing 250% from CAD$20,000 per coin to CAD$73,000 in a matter of months against a backdrop of unprecedented global stimulus and money printing by central banks.

Despite these economic conditions, gold has only gained 11% in the past year, leading many to question whether their money could be put to better use.

Given the similarities between the two assets, Bitcoin has earned a reputation as digital gold. Which begs the question – is one better than the other?

Bitcoin and gold compared – what makes them valuable?

Both Bitcoin and Gold excel at being scarce assets – especially when compared to fiat currencies.

“Gold was discovered accidentally and thought to be scarce enough for economic usefulness for centuries.

Bitcoin was designed purposely by borrowing sound ideas about the intrinsic value attributed to precious earth metals like gold, property, and commodity money, and converging upon it the culmination of sound ideas from the disciplines of cryptography and mathematics, resulting in an alternate asset class in the elegant form of a censorship resistant internet technology”

Gold takes a tremendous amount of time and money to extract out of the ground, with new sources being difficult to come by. As a naturally occurring ore, the future supply of physical gold is difficult to calculate, with global stocks of the precious metal divided into two groups.

Some estimates predict that all reserves will be depleted by 2050, leaving only gold resources, the much harder to extract option.

The US Geological Survey estimates that there are 190,000 tonnes of gold in circulation, while current estimates suggest that an additional 50,000 tonnes of reserves (roughly 20%) are still waiting to be mined.

Bitcoin also requires a substantial investment of time and money to “mine” Bitcoin using computers. However, a key difference is that the underlying technology is able to mathematically guarantee the rate of supply (i.e. scarcity) according to a set schedule. This works in two ways.

The total supply of Bitcoin is 21 million, with 18.7 million of those already in circulation, leaving just 11% of the supply waiting to be mined over the next 120 years – compared to 20% of gold in the next 30 years.

Historically, gold and silver have served as convenient forms of currency thanks to their portability, divisibility and storage – meaning that moving even a physically small amount of gold coins equated to transferring a large amount of wealth.

However as the global economy has evolved and the purchasing power of gold has fluctuated, the precious metal has failed to keep up as a convenient medium of exchange. Given the digitization of almost all sectors of finance – from everyday payments to the stock market and even art – gold’s days as a medium of exchange (as opposed to a store of value) are very likely over.

Bitcoin on the other hand is purpose-built to be exchanged globally over the internet. While transaction fees fluctuate – and threaten the narrative of Bitcoin as an everyday currency – the cost to transfer $1 of Bitcoin is the same as transferring $1 billion of Bitcoin. This makes it a far more practical medium of exchange than gold, especially when dealing in large volumes.

As for storage, gold requires ongoing costs due to the need for physical security, privacy, space and insurance. A quick scan of custodian facilities suggests that the ongoing cost for gold is roughly 1% of the total value per annum.

Compare this with Bitcoin, for which industry standard storage is a hardware wallet (CAD$100 – $300) which is essentially a specialised USB stick used to interact with the blockchain. These devices use cryptography to protect your private keys (used to access your Bitcoin wallet) and are small enough to fit in your pocket, while some even have bluetooth capabilities allowing you to access your Bitcoin on the go if you so wish.

Bitcoin’s creator, Satoshi Nakamoto, intended for Bitcoin to be a payments network, and so built-in an extreme degree of divisibility. A single Bitcoin can be divided into 100 millionths of a Bitcoin, a unit of measure known as a Satoshi. This makes Bitcoin eligible for use as both a store of value and as a currency for everyday payments. However the later is currently stifled by high transaction fees and slow transfer times – although projects like the Lightning Network hope to solve this problem.

This year there has been no shortage of headlines boasting about the adoption of Bitcoin by leading financial institutions (JP Morgan, Goldman Sachs), businesses (Tesla, Microstrategy) and payments networks (PayPal, VISA, Mastercard). Thanks to the power of the network effect – whereby the growth of a network increases its intrinsic value – each successive company to add Bitcoin to its balance sheet makes it more enticing for the next company to come to the table.

This has pushed Bitcoin’s market cap up from $114 billion a year ago to a historical high of $1.13 trillion set earlier this month. That makes Bitcoin worth roughly 10% of gold’s total market cap which is estimated to be between $10 and $11 trillion depending on who you ask.

Over this same time frame, the price of gold has failed to rally – despite stimulus throughout the global economy and the US Federal Reserve in particular, printing nearly 20% of all US dollars in existence over the course of 2020. For an asset that is meant to serve as a store of value by protecting against inflation, gold has failed to keep its promise in recent years, rising just 11% in 2020. 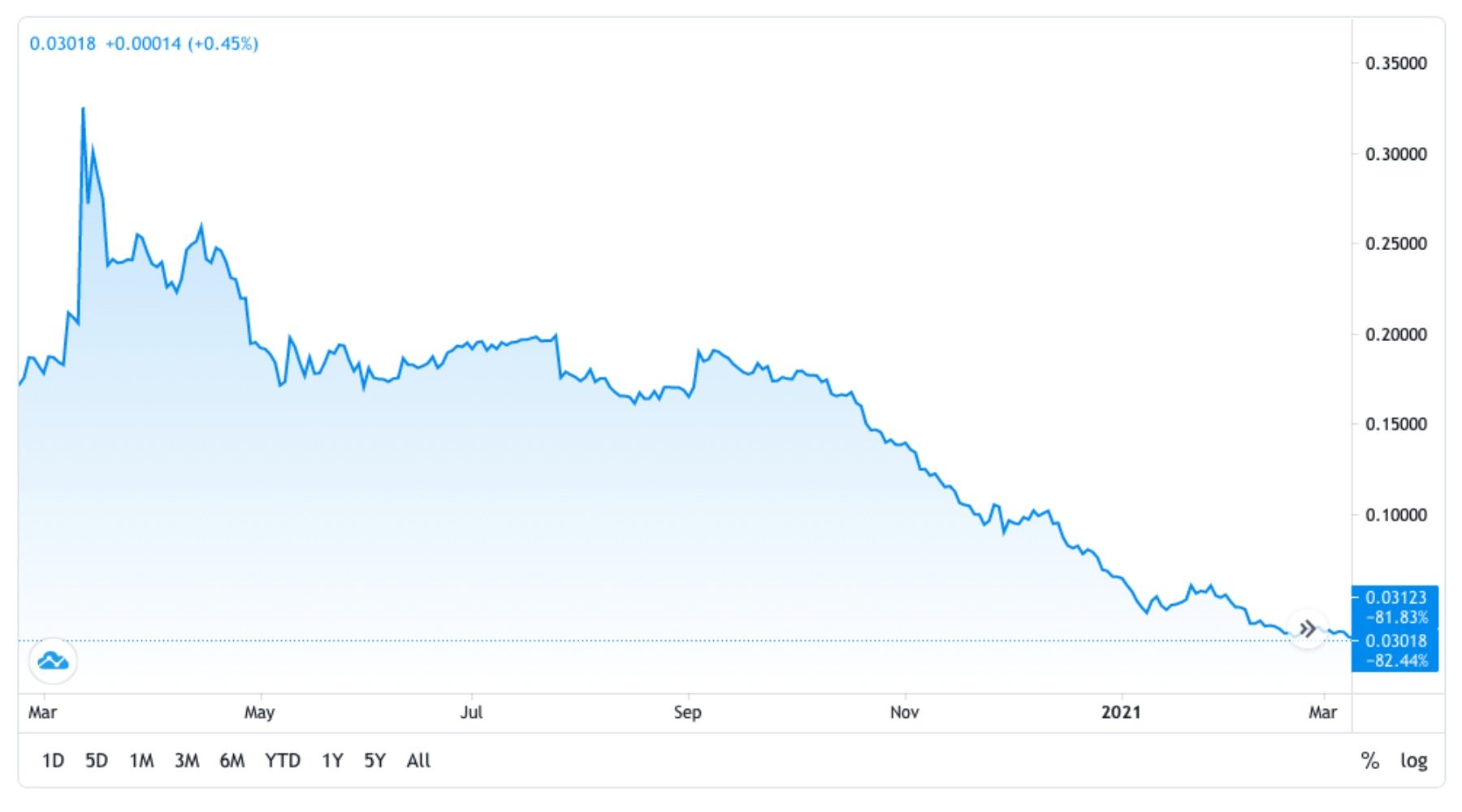 The value of gold (XAU) relative to Bitcoin (BTC) since March 2020. Source: TradingView

This has led some Wall Street analysts to suggest that as Bitcoin grows, gold may contract.

JP Morgan’s quantitative strategist Nikolaos Panigirtzoglou suggests that since October 2020, some of the institutional money flowing into Bitcoin has been at the expense of gold, saying that

Panigirtzoglou highlights that between October and December 2020 nearly $7 billion of capital left gold-based ETFs while nearly $2 billion entered Bitcoin via the Grayscale Bitcoin Trust. In a subsequent note to investors, JP Morgan noted that to become an attractive competitor to gold, Bitcoin’s volatility would have to greatly reduce in order to limit the associated risk.

Meanwhile, BlackRock CIO Rick Reider told CNBC that he expects Bitcoin to replace gold to a “large extent” thanks to its efficiency, “It’s so much more functional than passing a bar of gold around.”

Looking away from institutions and back towards retail investors, financial advisory firm deVere interviewed 700 clients from the millennial age-bracket, with two-thirds reporting they would rather own Bitcoin than gold as a safe-haven asset.

Bloomberg commodities reporter Eddie Spence argues that gold’s moment is yet to come, that despite historic levels of money printing, the US Consumer Price Index (CPI) – a measure of inflation – hasn’t actually grown much. In fact, CPI in the US was only 1.4% in 2020, lower than the 2.3% increase in 2019.

Spence suggests that once the vaccine is rolled out and economies reopen, a potential influx of spending may push up consumer prices as well as assets with a fixed supply – such as gold and bitcoin.

Citibank analysts agree that a strengthening post-Covid economy might reduce institutional investment in Bitcoin – which is arguably one of the biggest drivers of the current bull market. Citi also raises concerns around regulation, lack of institutional level insurance, as well as the limited ability to leverage Bitcoin holdings as further reasons institutional interest may wane.

Which should you buy?

Bitcoin might be the new kid on the block, but gold certainly isn’t going anywhere.

While it may no longer have the shine it once did, gold’s uncomplicated and straight forward value proposition has made it a globally recognised store of value for over 4,000 years.

However, whether or not it maintains the same degree of prominence in the global economy remains to be seen, now that there is a smarter, faster and digital gold available.

Add to this the ease with which retail buyers can access Bitcoin, and a real paradigm shift doesn’t sound too far fetched.

As for which you should add to your portfolio, you will want to take into account what your investment goals are:

While buying physical gold can require substantial capital just to enter the market, Bitcoin can be purchased for as little as a few dollars depending on the platform, with a simple ID verification being all you need to get started.

Purchasing large amounts of Bitcoin is equally as feasible – since no physical storage is required – with platforms like Bitbuy offering tailored over-the-counter (OTC) services for purchases of CAD$50,000 and up. Using an OTC desk for large purchases typically reduces the overall cost by tapping into multiple liquidity pools to decrease the spread.

As for which asset is right for you and your future, consider this quote from tech-VC turned Bitcoin bull Anthony Pompliano

The reason it is so hard for so many humans to understand crypto assets is because these assets are not for us. They are being built for the machines.”