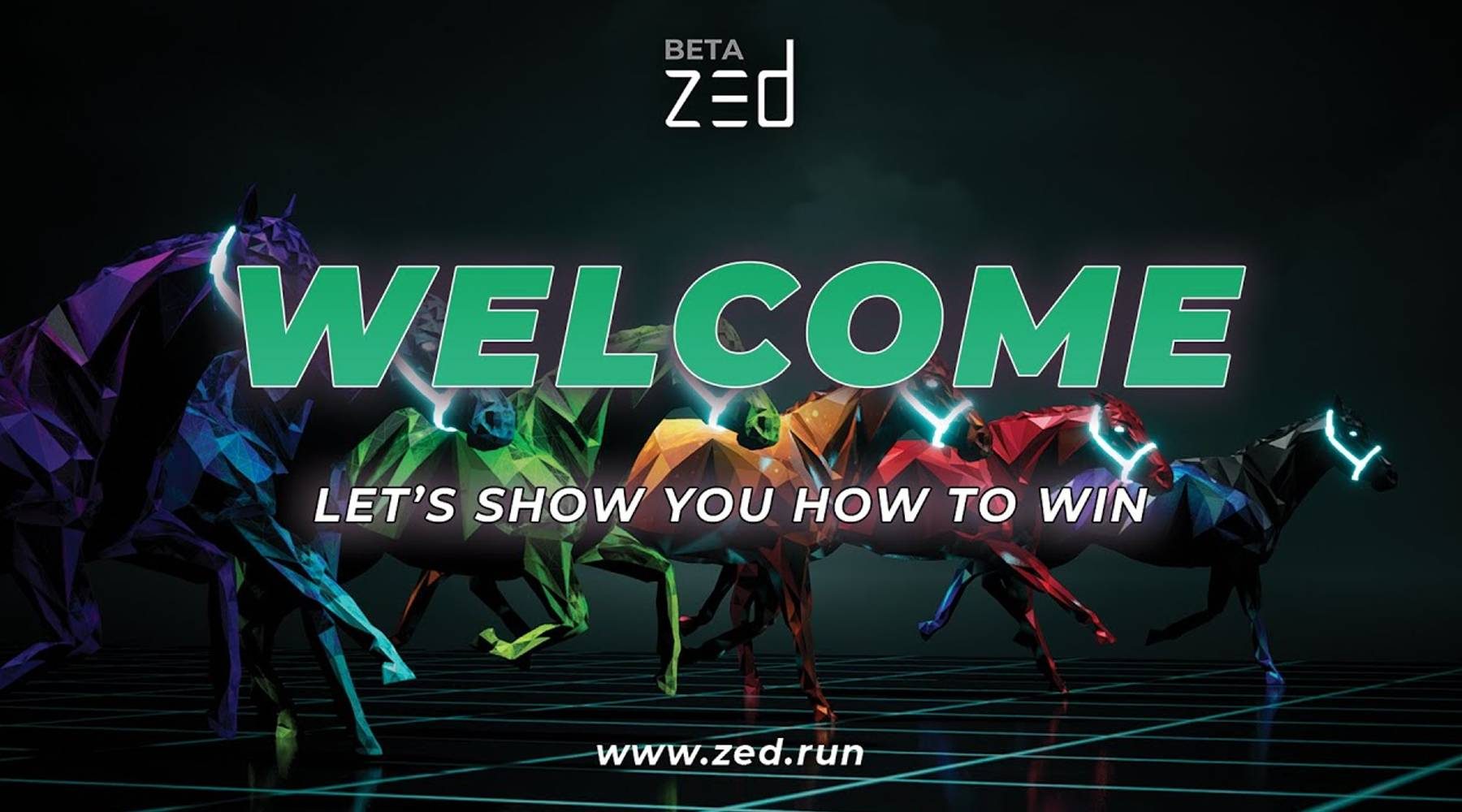 ZED RUN, a blockchain-based horse racing game, has experienced monumental growth during 2021. As a continually innovating platform, the game has recently added a free-to-enter tournament system for all players. After previously focusing on individual races, now all stable owners can compete in qualifying rounds, and potentially claim a share of the staggering $300,000 prize fund.

The first tournament was successfully completed last weekend. Could you be involved in the second? Let’s see what the new system means for the platform and how to get involved.

What is ZED RUN?

Ever wanted to own your very own racehorse? Maybe you’ve always dreamed of becoming a trainer or professional horse breeder? Well, if you are willing to step into the digital world, the reality of horse racing could be closer than you think with ZED RUN.

ZED RUN is a game where players have the opportunity to own unique digital racehorses. Each horse is equipped with unique characteristics and can be raced against other players’ horses to win real money. With commitment and hard work, some of the top players are now reaching six-figure winnings.

The game utilizes NFT-technology. NFTs, or Non-Fungible Tokens, are digital tokens that represent ownership of an asset. In the case of ZED RUN, each digital horse is represented by an NFT. Unlike other NFTs, which may represent digital art, GIFs, or music, ZED RUN horses are thought of by developers as ‘breathing NFTs’ – an NFT that has unique digital DNA.

According to the head of partnerships, Roman Tirone, each horse “can breed, has a bloodline, has a life of its own. It races, it has genes it passes on, and it lives on an algorithm so no two horses are the same.”

To stay ahead of the competition and remain competitive in the NFT-gaming sector, ZED RUN introduced a new tournament entry system in October: an extremely exciting development and one that the team has been working on for a long time.

For the first tournament, horses needed to race over 30 times during a pre-defined qualifying window to be entered. This window was defined as a two-week period.

For the first tournament, 576 horses made qualification and were awarded a chance to win a share of the $300,000 prize fund. After battling through the Quarter Finals, Semis, and Finals, which took place over October 30th/31st, only 12 remained to compete in the Grand Finals.

To crown the ultimate champion, the top 12 horses competed in a round-robin 6-race event to determine which horse fared better over different distances. While the showdown was a close one, streamed live for thousands worldwide to see, it was eventually ‘Figured It Out’ that came out on top.

Holding a cumulative high score after the round-robin Grand Final, the digital racehorse was crowned champion and had earned the owner tournament winnings totalling an impressive $37,950. Not too shabby for racing a digital horse over two weeks. 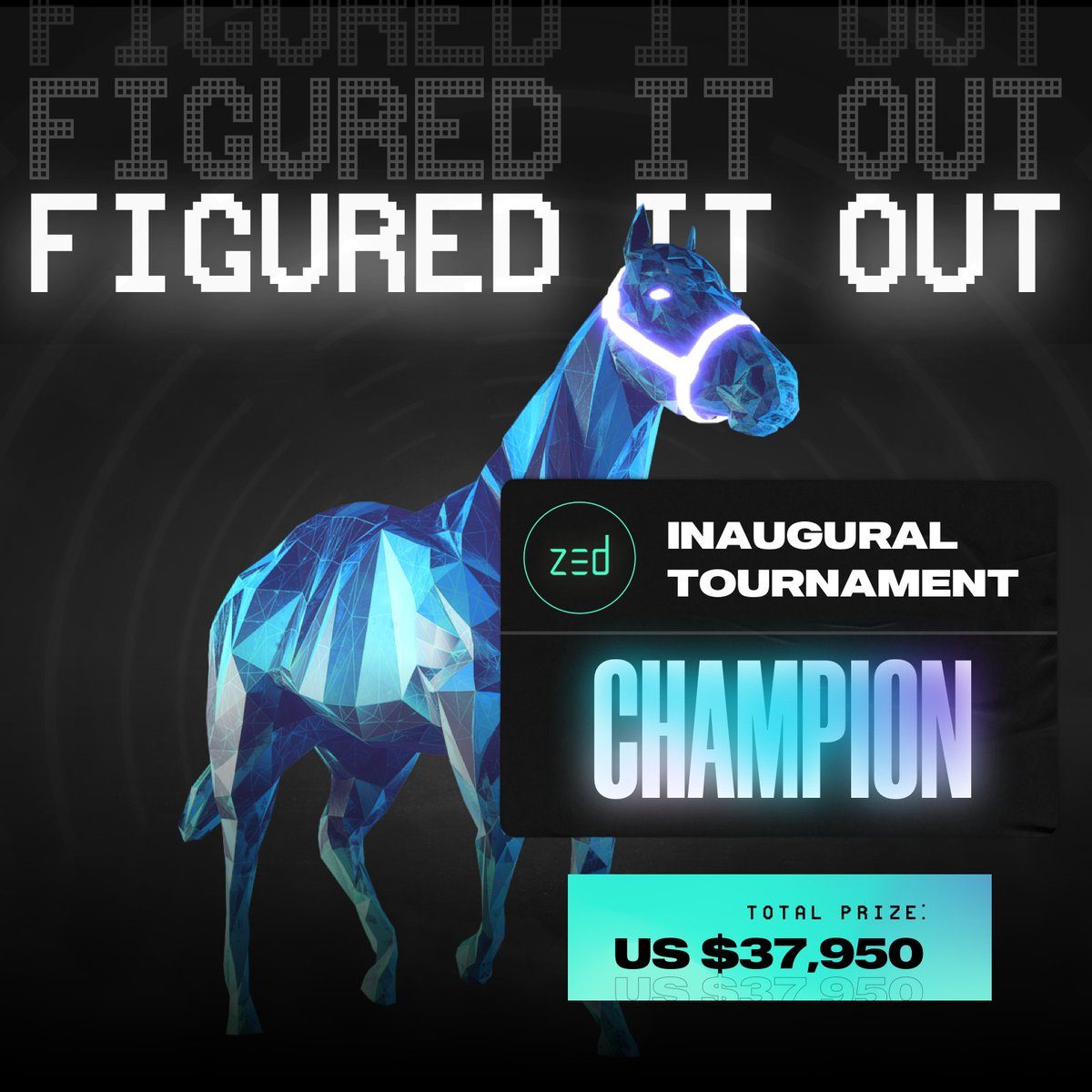 “The new tournament system will lower entry costs and raise winnings. It should make races more accessible, add excitement and improve engagement. Some tournaments will cost nothing to enter but the prize pools may exceed $10,000. It will also allow the [ZED RUN] team to incorporate regular scheduling and promotional events, similar to real-world horse racing.”

The first tournament has been received by the ZED RUN community exceptionally well. Developers now claim that the new system is “just a flavor of what’s to come”. So with more tournaments soon to appear on the horizon, will you be stepping into the saddle?