Elon Musk's new satellite-based Internet service promises fast broadband across all of South Africa. We've broken it all down as well as how it might fare versus the NBN or 5G.

Satellite-based Internet isn’t a new phenomenon in South Africa, with at least two South African ISPs (Vox and MorClick) already offering satellite-based broadband connections to consumers across the country, which is especially helpful to more remote communities who have trouble accessing the internet via fixed-line or mobile data connections. In 2021, however, the skies above us will open up to a fresh competitor in the satellite Internet space as Elon Musk’s Starlink service becomes available right here in his former home country. 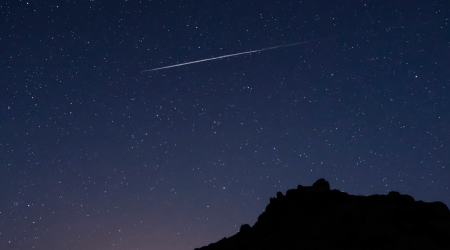 With the right equipment, (and sometimes with the naked eye), you can – although they’re rapidly moving satellites. They circle the globe every 90 minutes, so you can’t really afford to blink much. There’s already a service available to track the likely visibility of Starlink’s satellites, so grab that telescope and get spotting!

Example of satellite chain locations across South Africa. Images taken from findstarlink.com, with graphics and legend overlaid for emphasis.

When can I get a Starlink service in South Africa?

Starlink’s local website went live recently, with service availability promised in “mid to late 2021” for most addresses we’ve tested with.

How much will Starlink cost in South Africa?

Starlink isn’t available in South Africa just yet, but pre-orders have opened up with a $99 (about R1,450) deposit required to ensure your spot as a customer since availability is currently limited. The cost of the monthly plan is also expected to come in at around R1,450 per month with no stated data caps.

However, that’s not all you’ll pay as the receiver equipment also carries a $499 (roughly R7,260) fee plus $100 (about R1,454) for shipping. It’s worth noting that Starlink is taking pre-orders now for that mid-to-late-2021 availability window, but you do have to pay the hardware and shipping fee upfront if you are selected as a Starlink customer and you have about 15 minutes to after entering your information to make the payment, otherwise, you lose your spot.

How fast will Starlink be in South Africa?

Starlink is advertising that its services will be capable of speeds from 50Mb/s to 150Mb/s, with latency from 20ms to 40ms in most locations. However, it also notes that there “will also be brief periods of no connectivity at all”. Hopefully, that’s a minimising problem as Starlink increases its satellite load over time.

How does Starlink compare to 4G networks?

They’re both wireless, but the state of play for most consumers – if you’re in the position to weigh 4G up against Starlink – doesn’t really favour Starlink in any way at all.
If you’re looking at fixed 4G home broadband, you can score cheaper plans with much better latency and potentially higher data rates too, although again this is network dependent. There are upfront modem costs, but they’re nowhere near as high as Starlink’s fees.The catch here is coverage areas. While we’ve seen a rapid expansion in 4G availability in South Africa with about 95% of the population currently covered, while 5G is still heavily concentrated on high population areas across the available 5G networks but is expected to expand as well.
Starlink can – in theory – deliver a service to any open-air spot across South Africa. You won’t get much of a 4G signal in the middle of the Karoo but (presuming you could provide power) you could get a Starlink signal and service.

Arline Groenewald is an associate editor at Finder. She's written about technology, cybersecurity, travel, finance, business management and various other topics in the past. Her previous jobs include editor for VR The Gamers and copywriter at a branding agency in South Africa. Arline has a Bachelor of Arts in Communications from the University of Potchefstroom. She has a deep love for books and stories in all formats.

How to increase your upload speed