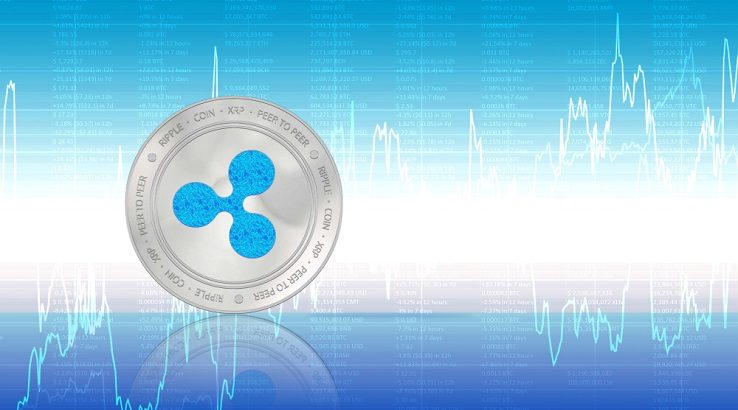 The market’s third most valuable cryptocurrency by market capitalization, XRP, lost around 4% of its price value over the course of the past week.

Between Thursday and Friday last week the digital currency took a beating, losing about US$0.02. The popular cryptocurrency was able to recover somewhat over the weekend but began a persistent decline from Sunday evening, falling to a low of US$0.42 by Tuesday night. Ethereum’s weekly movements were not dissimilar.

XRP bounced back to life Wednesday morning, rocketing up to a high of US$0.45 before finishing out the week at a little over the US$0.44 mark. However, there is currently no explanation behind the rapid spike in price.

FXStreet’s technical analysis projects that as long as XRP/USD remains above the 100-day simple moving average (100-SMA) at US$0.4464, positive momentum will likely linger, aiming for a bullish goal of US$0.4500.

However, given the current trends, this doesn’t seem likely. Therefore, NewsBTC suggests that as long as XRP’s price is higher than US$0.4250, it can recover. Below this, the next support level is near the US$0.4000 mark.

Over the last few months blockchain company Ripple has attempted to distance itself from the XRP token. However, the value of each entity is largely tied to the other and XRP’s codebase was first released by Ripple.

Former US president Bill Clinton has been selected as keynote speaker at Ripple’s Swell conference in October.

The luxury brand has another release planned…