XRP price jumps above US$0.60 under influence of Telegram pump groups 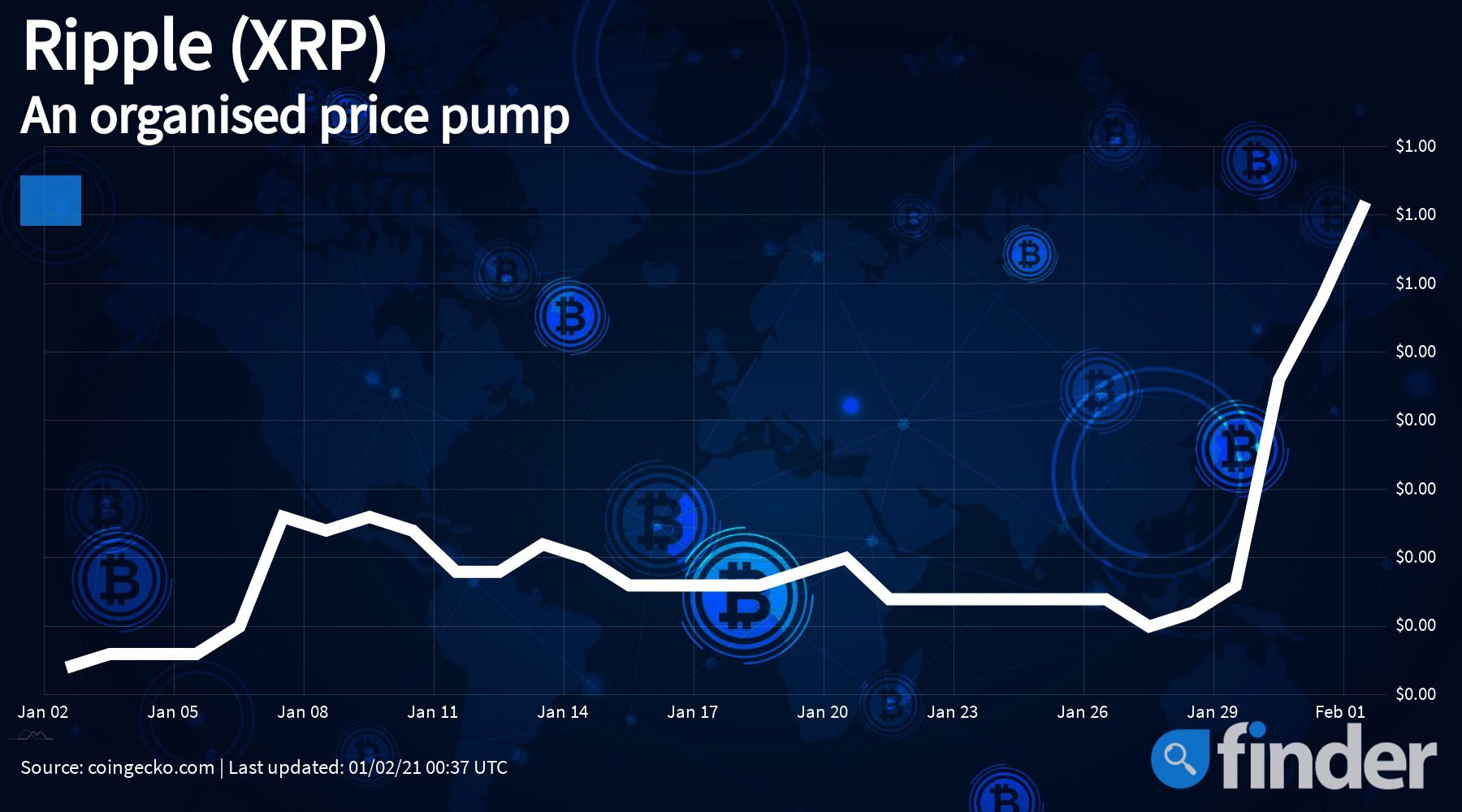 Despite the SEC issuing a lawsuit against Ripple last year – claiming XRP is an unlawful security – the cryptocurrency is showing 30-day gains of over 100%.

While the last 24-hrs have seen premier cryptos like Bitcoin (BTC), Ethereum (ETH) and Polkadot (DOT) lose 4%, 6%, and 7% of their values respectively, Ripple’s native XRP coin has been rallying hard, showcasing a daily gain of over 10% and a weekly seven-day surge of 75+%. As a result, the fourth-largest cryptocurrency by total market capitalization is currently trading above $0.50.

What makes XRP’s latest rally unique is the fact that it was driven by a crowd pump move similar to the one witnessed in relation to GameStop (GME) recently, wherein members of the WallStreetBets subreddit ended up driving the value of GME stocks by a whopping 1,900% within an extremely short time window after they recognized the company’s shares were being ‘shorted’ by a New York-based hedge fund called Melvin Capital.

Another interesting facet of this entire development is that the gains incurred by XRP have been its largest since Dec. 21, 2017, and have come despite the U.S. Securities & Exchange Commission (SEC) recently issuing a lawsuit against Ripple Labs, Inc. and two of its executives, Brad Garlinghouse and Chris Larsen, on December 22, 2020, alleging that the company and its executives had been “participating in an unlawful offering of securities since 2013.”

Pump and dumps are extremely common in this space

This is not the first time that a digital currency’s value has risen in such an asymmetrical fashion. Many such cases were observed during the 2017 ICO boom where the value of various cryptos shot up overnight. A perfect case over the years has been meme-based cryptocurrency dogecoin (DOGE), whose value has continued to rise asynchronously with the market in regular spurts since its inception in 2013.

This time around, the value of DOGE surged by 800% on Jan 29 – hitting an all-time high value of $0.078 – only to crash sharply as soon as users dumped the coin sending its value to as low as $0.024. What this clearly seems to suggest is that any crypto can be manipulated quite easily within an extremely short span of time if it possesses a strong army of followers, and that any buyers considering entering the fray should exercise extreme caution, especially if they’re unaware of the manipulation.