Which provider is more cost-effective when it comes to international money transfers? 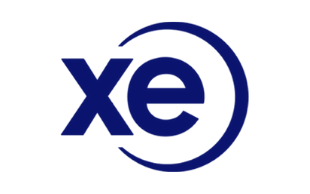 Xe and Western Union are two well-known financial services, and one of them offers the fastest option — but not always the cheapest. We compare these money transfer giants side by side to find out which one offers the best value for your money.

Which has lower fees?

Xe international money transfers are free, regardless of amount sent.

Western Union’s fees change currency to currency and depend on the transfer amount as well as the transfer methods. For example, cash pickups generally have higher fees.

It’s important to get a price estimate using the Western Union calculator before committing so you know the exact fee.

Xe doesn’t charge any fees, making it the clear winner in this category.

Let’s compare a $1,000 and $3,000 transfer to Japan to see which provider is the better choice and if the transfer amount makes a difference.

While Xe is the cheaper option on the first transfer, Western Union offers a slightly better deal on the second transfer.

Xe adds a margin to the exchange rate, which varies based on the currency. Keep in mind that the rate you’ll pay is different from what’s shown on the Xe currency converter tool, which shows live market rates without the mark-up.

For a transfer to Singapore:

For the same example:

Xe will confirm the estimated date when you set up your transfer, but the majority of transfers are initiated within the same day. While some transfers arrive the same day, transfers to specific countries can take one to four days if you send after hours. And some less popular currencies may take longer.

Western Union cash pickups are available within minutes, but bank transfers can take up to six days. It depends on the transfer and how it’s received.

Both Western Union and Xe can get your money there in the same day, but it will be received in different ways. Western Union offers speedy cash pickups, but Xe has faster bank transfers.

Set up an account with Xe, get a quote and if you’re happy with that quote, you send Xe the money. Xe will complete the transfer for you.

Overall, Xe is typically a better choice when compared side by side to Western Union. Western Union’s fees and exchanges rates are so varied that you’ll often get stung by a hidden fee. On the other hand, Xe adds a smaller mark-up to the exchange rate, plus it has no fees.

To get the best deal on your next transfer, compare other transfer providers to see how they stack up.

Our table lets you compare the services you can use to send money abroad. Compare services on transfer speeds and fees, then click Go to site when you're ready to send.
1 - 20 of 20

Close
{"niche":"USFMT"}
Was this content helpful to you?
Thank you for your feedback!

Isabel Sandercock-Brown is an international money transfers writer at Finder. She's written for a number of organisations, from the Salvos to Bumble. She has a Bachelor of Arts in Communications from the University of Technology, Sydney.