What is a DUI / DWI and what are the penalties?

Compare the factors that contribute to a more severe sentence.

Whether your state refers to it as DUI, DWI, OMVI, OVI or DWAI, the definition is the same: operating a vehicle while under the influence of drugs — including prescription medications — or alcohol. Driving while impaired is a crime in all 50 states.

If you’ve been convicted of driving while intoxicated, the penalties vary by state law, but some of the factors that influence punishment include whether you’re a first-time offender, your blood alcohol level and the severity of the circumstances.

What does DUI/DWI/OMVI/OVI/DWAI stand for?

Penalties for a DUI

Sentences for a DUI vary widely depending on state laws and your personal situation. Some of the possible penalties you might encounter include:

What factors affect the penalties for a DUI?

The penalties you’ll receive for a DUI depend largely on your situation. While certain factors will result in harsher penalties, some circumstances can work in your favor.

Factors that can negatively influence the severity of your sentence

Factors that can positively influence your sentence

Ask an expert: Can I refuse a breathalyzer test?

Many states have “implied consent” laws. These laws mean that by driving a car, you agree to take a breathalyzer if you’re stopped on suspicion of DUI. But many supreme courts are actually striking these implied consent laws down. Courts across the country have found that these laws are violations of fundamental rights and protections.

However, some states still have implied consent laws in place. In those states, refusing a breathalyzer can be used as evidence against you in court. Even in states without implied consent laws, refusing a breathalyzer can lead to license suspension and other administrative consequences. So, while state laws can’t strip you of your rights, they may be able to alter or reduce their overall effectiveness. Until courts step in, it’s important to be aware of the laws in the state in which you’re driving.

Can I get car insurance after a DUI?

You can still get car insurance after a DUI. You might be required to get SR-22 insurance, which is proof that you’re insured and following requirements to legally drive.

If your license is suspended, you might need to work with your local DMV to follow the steps to get your license reinstated before you can get insured. 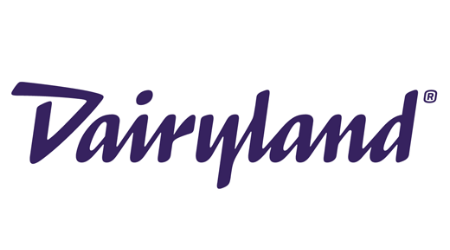 Flexible payment options and local agents make it easy for high-risk drivers to get covered.

How much does a DUI cost?

The true cost of a DUI goes beyond the fines you’ll pay for being convicted. You could end up paying thousands of dollars for one DUI. Take a look at an example for how much you’d pay for a DUI in the state of Tennessee, one of the states on the harsher side for punishments.

According to the Tennessee Department of Safety and Homeland Security, which oversees the Department of Motor Vehicles, you’ll pay anywhere from $5,000 to $8,000 for a DUI. The initial fine ranges from $350 to $3,000 depending on the number of DUI convictions you’ve had. Then you factor in fines, car insurance rate increases, driver training, court costs and lost income.

In addition to criminal charges for your DUI conviction, you could face a civil lawsuit — where individuals seek to recoup expenses resulting from the DUI. For example, someone could choose to sue you for physical or emotional damages caused by the incident.

How is a DWAI different from a DUI?

A DWAI means your driving is somewhat impaired, but not quite to the dangerous level of a DUI. For example, in the state of New York, it’s considered a DUI if your BAC is over 0.08% and a DWAI between 0.05% and 0.07%.

Driving under the influence could have much higher penalties than a DWAI, which is only considered a traffic infraction in many states. But both charges can lead to fines, a jail sentence and a suspended license.

If charged with a DUI, you might also be able to reduce the charge to a DWAI. Talk to a lawyer to find out your options.

Drinking and driving never mix, and there are very real consequences if you’re caught. Get a taxi, Lyft or — better yet — plan ahead and select a designated driver.

To protect you and your car from drunk drivers, compare car insurance to cover you for any situation on the road.

Compare SR-22 car insurance from companies near you.

Jing Jun Ma is an innovations expert at Finder. With a decade of experience in digital marketing and programming, Jing is a tech and data guy. He wrangles data to make it useful for consumers facing a decision.