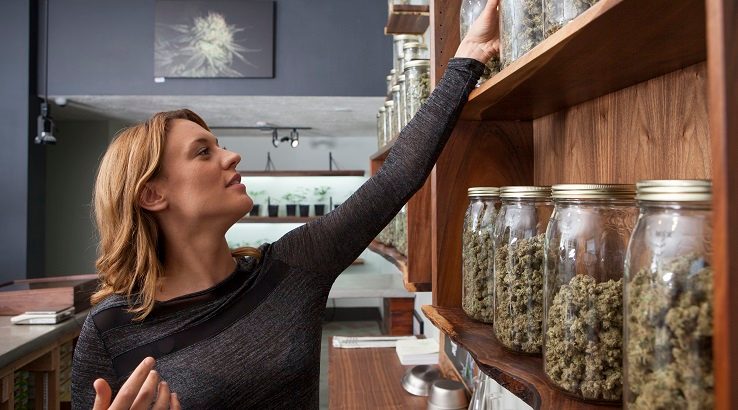 The one-year-old company has partnered with Hypur to create a safe way for the cannabis industry to make payments.

The United States has a conflicted stance when it comes to marijuana. While cannabis or cannabis-derived products are legal in part or in full in 47 states, Puerto Rico, Guam, the US Virgin Islands, the Northern Mariana Islands, and the District of Columbia, marijuana use is still illegal federally.

Even though the federal government has taken steps away from the unilateral prohibition of marijuana, including the approval of several cannabis-derived drugs for pharmaceutical use and the legalization of hemp, marijuana remains a Schedule I substance on the Controlled Substances Act. The CSA declares that marijuana has a high potential for abuse and no acceptable medical use. This denotation has effectively chilled banking regulators, like the FDIC, putting banks in a difficult position regarding marijuana-related businesses.

Wayv is hoping to help with this. Wayv is a year-old platform operating in California that allows online sales and next-day delivery for licensed marijuana retailers. On Wednesday, the company announced it has teamed up with Hypur to launch Wayv Payments, which the company is asserting to be the first digital, legally compliant payments and ordering solution for the cannabis supply chain. With “credit card-like” transactions and next-day wire and ACH payments, the platform hopes to shift the cannabis industry off its reliance on cash-on-hand for daily transactions.

The platform would allow suppliers and brands to offer lines of credit to retailers. Brands would also be able to collect digital payments automatically from distributors. The platform plans to offer zero payment fees for a limited time.

“We are solving one of the largest problems facing the industry with the market’s fastest, most reliable, and safest way to pay and get paid,” Wayv CEO and Founder Keith McCarty said. “We provide a turnkey solution that is the most efficient, least costly way to exchange capital and products throughout California.”

Banks will typically not work with a business associated with cannabis. While most jurisdictions allow some form of cannabis operation to legally operate, there remains the risk of federal prosecution on cannabis charges. This places banks in a no-win situation of either limiting their risk but eschewing possible business or accepting business from potential local partners but inviting the wrath of the federal government.

“Together, we’re committed to giving cannabis companies the same chance that all other businesses have to thrive,” Hypur CEO and Founder Christopher E. Galvin said. “The industry at large has yet to experience the value and benefit of modern payment solutions and this is a revolutionary opportunity.”

Some are accrediting this slowdown to a slowing of the passage of the Secure and Fair Enforcement Banking Act, or SAFE Act. The SAFE Act would immunize financial institutions of any legal ramifications that may occur from working with the cannabis industry.

The SAFE Act passed the House bipartisanly, securing a rare ⅔ approval in September, with the 321 representatives voting for the measure to 101 opposing. However, despite heavy lobbying from the financial services industry, momentum for passing the bill has seemed to stall in the US Senate and may stop altogether in light of the likely impeachment trial.

“A growing chorus of Americans and legal businesses now face an increasing number of risks resulting from a patchwork legal system with no federal banking protections,” a letter from the Credit Union National Association to the Senate reads. “Because of this, U.S. industry and, especially, financial institutions – which provide the infrastructure for safe marketplaces to grow— must assume civil and in some instances, criminal liability in order to service state-licensed cannabis businesses and ancillary companies.”

“A safe harbor would not only enable law enforcement and states to effectively monitor and regulate cannabis transactions and businesses, but it would bring billions of dollars and tax revenue out of duffel bags and safes and into the regulated banking sector.”