How to watch and live stream rugby union in the US

We have the lowdown on how to watch this increasingly popular sport online.

Rugby union has a rich and interesting history in the US. The sport had a strong following throughout the 19th century and the US won the gold medal at the 1920 and 1924 Olympic Games. It has since been overshadowed by the enormous popularity of the NFL, but rugby remains strong in the college system with a loyal following.

The US is competitive in rugby sevens, while the introduction of Major League Rugby is a real shot in the arm. A fully professional competition in its fourth season, MLR will feature 12 teams in 2021 — 11 in the US and one in Canada, the Toronto Arrows.

How to watch rugby union in the US

You have a number of options for watching rugby in the US, including ESPN, ESPN+ and Peacock Premium. Some of the top Southern Hemisphere rugby can be found on ESPN channels, usually ESPN3. The Rugby Championship is on ESPN3, while at the start of 2021 it was announced Super Rugby would be shown online on ESPN.com.ar/rugby. That is both the Australian and New Zealand Super Rugby tournaments.

ESPN+ is home to the Pro 14 Rainbow Cup. It currently boasts two separate tournaments, a 12-team competition in Europe and a four-team event in South Africa. The duel tournaments are being held as South Africans teams were not allowed to enter Europe due to the ongoing pandemic.

Another great option for rugby is Peacock Premium. Formerly shown on NBC Sports, you can now get the likes of Six Nations rugby, Gallagher Premiership Rugby and the HSBC Sevens Series on Peacock Premium.

Launched by Disney in 2018, ESPN+ is a streaming service intended as a complement to the traditional network, rather than a replacement. It has exclusive live content, original documentaries and an extensive archive.

It doesn’t have the content already available on ESPN, but it does have access to live action and evergreen offerings you won’t find anywhere else.

You can get ESPN+ for $5.99 a month or $49.99 for an annual subscription. There are no lock-in contracts and you can cancel your subscription at any time. Alternatively, you can opt for ESPN+ as part of The Disney Bundle for $12.99 a month, which also gives you access to Disney+ and Hulu.

Get access to the likes of Pro14 Rugby and more on ESPN+. 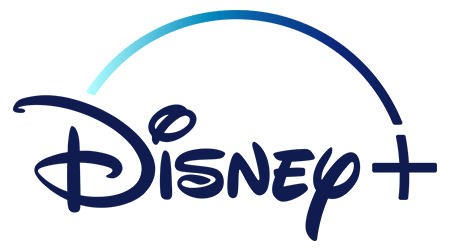 Bundle ESPN+ with Hulu and Disney+

Get three streaming services and save with the Disney+ bundle package.

NBC Sports Gold has been your best option for watching northern hemisphere rugby and major World Rugby tournaments. It offered live and on-demand streaming for several professional sports, including rugby, plus on-the-go watching and exclusive content.

However, NBC Sports Gold has shifted over to its newer streaming platform, Peacock. Peacock Premium is now your go-to destination for watching the 2020/21 Premiership season, the Six Nations, World Rugby’s sevens series plus rugby sevens at the Tokyo Olympics in 2021. It costs $4.99 per month.

How to watch the Rugby World Cup in the US

Sam Worthington is a writer for Finder. Originally from New Zealand, Sam is an experienced sports journalist who has written for outlets including Fox Sports Australia and The Dominion Post in Wellington.