Verizon, T-Mobile, US Cellular Found to Lie About 4G Coverage 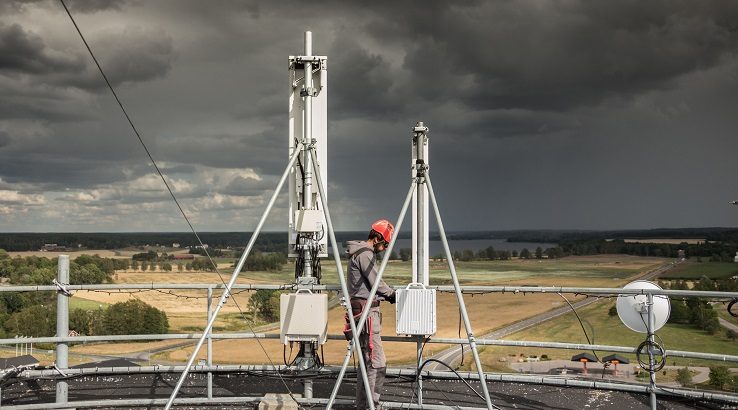 In a recent report from the FCC, 3 of the nation’s largest carriers are found to have reported 4G coverage in areas where it had no towers.

A new Federal Communications Commission report found that Verizon, T-Mobile and US Cellular grossly exaggerated its 4G coverage maps. Despite the carriers’ 4G coverage being a hallmark of their advertising strategies, the FCC found that — when tested — the carriers’ coverage fell short of what was promised.

“Through the investigation, staff discovered that the MF-II coverage maps submitted by Verizon, U.S. Cellular, and T-Mobile likely overstated each provider’s actual coverage and did not reflect on-the-ground performance in many instances,” the FCC reported in its staff report.

“Only 62.3% of staff drive tests achieved at least the minimum download speed predicted by the coverage maps — with U.S. Cellular achieving that speed in only 45.0% of such tests, T-Mobile in 63.2% of tests and Verizon in 64.3% of tests. Similarly, staff stationary tests showed that each provider achieved sufficient download speeds meeting the minimum cell edge probability in fewer than half of all test locations (20 of 42 locations). In addition, staff was unable to obtain any 4G LTE signal for 38% of drive tests on U.S. Cellular’s network, 21.3% of drive tests on T-Mobile’s network, and 16.2% of drive tests on Verizon’s network, despite each provider reporting coverage in the relevant area.”

Despite this, the FCC does not plan to punish or reprimand the carriers in any way. Instead, the FCC has issued an advisory across the entire industry, reminding carriers of the penalties that may occur for making filings in violation of federal law. The FCC argues that there were no clear findings of violations of the MF-II — Mobility Fund Phase II — data collection requirements worthy of a penalty.

While it is relatively easy to establish wireless coverage in an urban environment, deployment becomes difficult when population density decreases. This is because a wider coverage area is needed to service fewer customers in rural areas, with few edifices or existing structures available to establish network connections and antennas. Rural broadband development typically requires a larger investment and greater logistics to secure building permits and to lay down physical data connections, such as fiber-optic cable to connect network towers.

In a filing with the FCC, the Rural Wireless Association reported that T-Mobile suggested it had 4G coverage in areas that did not yet have a tower or network node. “RWA members discovered through the challenge process that — in many areas — T-Mobile projected its future 4G LTE coverage and reported that coverage to the Commission ahead of or by the January 4, 2018 deadline instead of the coverage it had in place by the January 4, 2018 deadline,” the RWA wrote in its letter.

“RWA members noted that the coverage data submitted by the January 4, 2018 deadline had to be certified as accurate under penalty of perjury. As RWA members took speed tests — they witnessed coverage go up where there had previously been none the month (or even week) before. Also, in many areas where T-Mobile reported coverage, cell sites supposed to be providing that purported coverage had not been even placed into operation. Further, in many of the areas where T-Mobile has claimed coverage — the carrier is using satellite backhaul. In these locations, backhaul speed and latency limitations make hitting speeds of 5 Mbps down impossible – regardless of other network inputs.”

The RWA also suggested that Verizon fudged its coverage map in order to secure a larger share of the $4.5 billion MF-II. The fund was established to help underwrite rural broadband development. The trade group argues that the major carriers’ distortions have made it hard for smaller carriers to receive proper funding, denying rural residents access to proper broadband speeds.

With the emergence of 5G, the FCC will be retiring MF-II in favor of a $9 billion 5G deployment plan. The new plan will set aside $4 billion for “precision agriculture deployments,” Axios reports. “We must ensure that 5G narrows rather than widens the digital divide and that rural Americans receive the benefits that come from wireless innovation,” FCC Chairman Ajit Pai said, per Axios.