U.S. Department of Education admits to improperly collecting on the loans of 17,000 for-profit college students 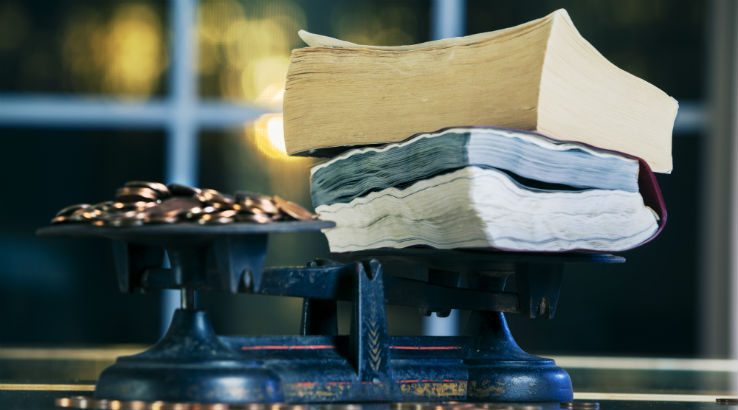 In a mea culpa, the federal education department admits it collected on debts that should have been forgiven under its rules.

In a disclosure published in its monthly compliance report regarding the department’s handling of the loan forgiveness of defrauded for-profit college students, the U.S. Department of Education admitted to improperly collecting on the student loan debt of approximately 17,000 individuals.

“The Department’s reverification and revalidation efforts recently revealed that an isolated miscommunication between [the Federal Student Aid office] and its servicers and other logistical issues caused this underestimate in the number of impacted borrowers,” the report read. “FSA has corrected the miscommunications with the loans servicers and developed systems to ensure borrowers stay in the correct repayment status, allowing the Department to quickly take these remedial steps.”

This disclosure reflects the struggles many students had to face under the Betsy DeVos–led Education Department. Since DeVos opted to overhaul the Obama-era student loan rule that allowed students of failed for-profit colleges, such as Corinthians Colleges, to seek forgiveness of their student loans, many students have found it difficult to get out from under this debt.

In 2017, DeVos ordered the Education Department to stop processing these claims, which came from students from schools such as Corinthians — which ran Everest College, Heald College and WyoTech — and ITT Tech. These schools were accused of using misleading tactics in their recruiting efforts, coercion into forcing students to take on high-interest loans and fraud. DeVos argued that the rules were too lenient and allowed anyone who was dissatisfied with their education to seek loan forgiveness. The department would adjust the rule so that it judged claims based on earnings data retrieved from the Social Security Administration.

This rule change was struck down in 2018 in federal court for violating the Privacy Act. The department appealed this decision. Despite an injunction in place to prevent the department from making any attempts to collect on these debts, DeVos ordered a collected on these debts anyway. As a result, DeVos was held in civil contempt in October, with the department fined $100,000 and required to submit monthly compliance reports.

“There is no question that Defendants violated the preliminary injunction,” Magistrate Judge Sallie Kim of the U.S. District Court in San Francisco wrote in her ruling. “There is also no question that Defendants’ violations harmed individual borrowers who were forced to repay loans either through voluntary actions or involuntary methods (offset from tax refunds and wage garnishment) and who suffered from the adverse credit reporting.”

According to a September statement, the department reportedly demanded payment from 16,034 Corinthian students. Of those students, 3,289 inappropriately made payments on their loans, while another 1,808 had their taxes or wages garnished. The department, while blaming the mistake on the loan servicers, claimed that 99% of all affected borrowers received refunds. The December statement added another 17,25 borrowers to the improper collections list, with 11,500 making one or more loan payments.

The Education Department has reiterated its commitment to resolving these issues. “The Department takes seriously both our responsibility to student borrowers, our customers, and our obligation to the court,” a spokeswoman for the department said to US News & World Report. “We have acknowledged that, unfortunately, the loan servicers made mistakes in keeping impacted students in the proper forbearance status as we wait for a final decision from the courts.”