Is the Xbox One X worth it without a 4K/HDR TV? 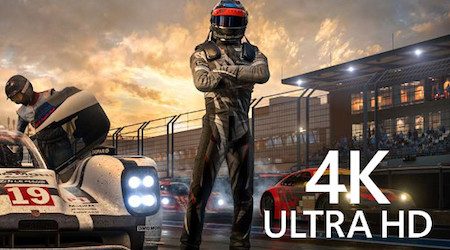 Does Microsoft’s latest console justify its price tag on a regular 1,080p TV?

There’s no denying that Microsoft built the souped-up Xbox One X with 4K in mind. With a faster CPU, more graphical grunt and 1.5 times the RAM of the original Xbox One and the Xbox One S, the console is clearly geared towards the gaming crowd eager to push their new 4K TVs to the limit.

What if you’re still rocking a standard 1,080p TV, though? Is there any value in upgrading to Microsoft’s flashy new console? And does it matter whether your TV supports HDR or not? For the answers to these questions, read on.

HDR, or high dynamic range, refers to a larger spectrum of colours and brightness than is available on standard TVs. A TV that supports HDR is able to display bright and dark areas of an image with greater fidelity, as well as depict scenes with a more vibrant palette of colours – provided that the video content has been created specifically to take advantage of HDR. Videos and games that haven’t been made to leverage HDR will look the same on both HDR and non-HDR TVs.

What benefits does the Xbox One X bring to a standard HD TV?

The Xbox One X’s extra horsepower isn’t only useful for rendering games at 4K. All that expensive hardware is just as capable of pumping games out at higher framerates, too, delivering a more fluid and responsive playing experience. The faster hard drive and faster RAM inside the X can also mean considerably shorter load times, and the 4GB of extra memory the X has over its predecessors allows it to store more data in RAM at any one time, reducing the number of times a game needs to stop and load – especially larger open-world games.

Games can look better on the X even without a 4K TV too. Visual improvements like enhanced lighting, more complex particle effects and an increased number of objects on screen can be enjoyed just as easily on a 1,080p TV as a 4K one, and some developers even build their games with this in mind. Rise of the Tomb Raider, for example, will support three different visual modes on Xbox One X: Native 4K, Enhanced and Highest Framerate. Native 4K is fairly self-explanatory, with the game using all the X’s grunt to render at 2,160p. Enhanced mode, meanwhile, layers in graphical effects like improved anti-aliasing and shadows that are consistent across 4K and 1,080p TVs. Lastly, the Highest Framerate mode boosts the framerate up to 60fps regardless of the TV you’re playing on.

While all these non-4K benefits are as applicable to HD TVs as 4K sets, there is a catch. Developers must build their games to take advantage of the X’s superior hardware in order for their games to look and run better. Depending on the resources available to a particular developer, it may choose to focus solely on enhancing its game for 4K, with the more 1,080p-friendly enhancements taking a backseat.

This is where supersampling comes in.

Taken from the world of PC gaming, supersampling is a technique where a game is rendered at a high resolution – such as 4K – then scaled down to a lower resolution, such as 1,080p. This produces a smoother, more detailed image than rendering natively at the lower resolution does. Known as anti-aliasing, this sort of technique aims to eliminate the jagged edges visible on the outlines of characters and objects in-game, and supersampling offers the highest-quality anti-aliasing currently available.

With the Xbox One X, all 4K games can take advantage of supersampling when played on a 1,080p TV. So even if a game doesn’t offer the versatile options of Rise of the Tomb Raider, you’ll still enjoy a better 1,080p experience with the Xbox One X.

What Xbox One X features will you miss out on with a standard HD TV?

While shorter load times and less jagged edges are certainly appealing, it’s hard to ignore what you’re missing out on by hooking the Xbox One X up to a 1,080p TV. Like the jump from standard definition to HD, the additional clarity of 4K really is quite striking. And once you’ve seen the higher resolution in motion, it’s tough to go back to 1,080p.

Similarly, the greater vibrancy of HDR adds a new layer to the visuals on Xbox One X, and to eschew the broader colour spectrum by sticking with a non-HDR TV is to deny yourself the full enjoyment of the graphical spectacle the Xbox One X is capable of.

The Xbox One X is a powerhouse console, even on a non-HDR 1,080p TV. Compared to the regular Xbox One and Xbox One S, you’ll be getting a premium gaming experience at both 4K and HD resolutions, with the potential for games like Rise of the Tomb Raider to offer visual options that trade 4K for higher framerates and extra graphical effects.

That said, 4K really is where the Xbox One X shines, and you’ll be doing yourself a disservice by funnelling it through a 1,080p TV. With the price of 4K TVs lower than ever right now, and with the X already setting you back £450, it’s worth throwing down the extra cash for a TV your new console can take full advantage of.