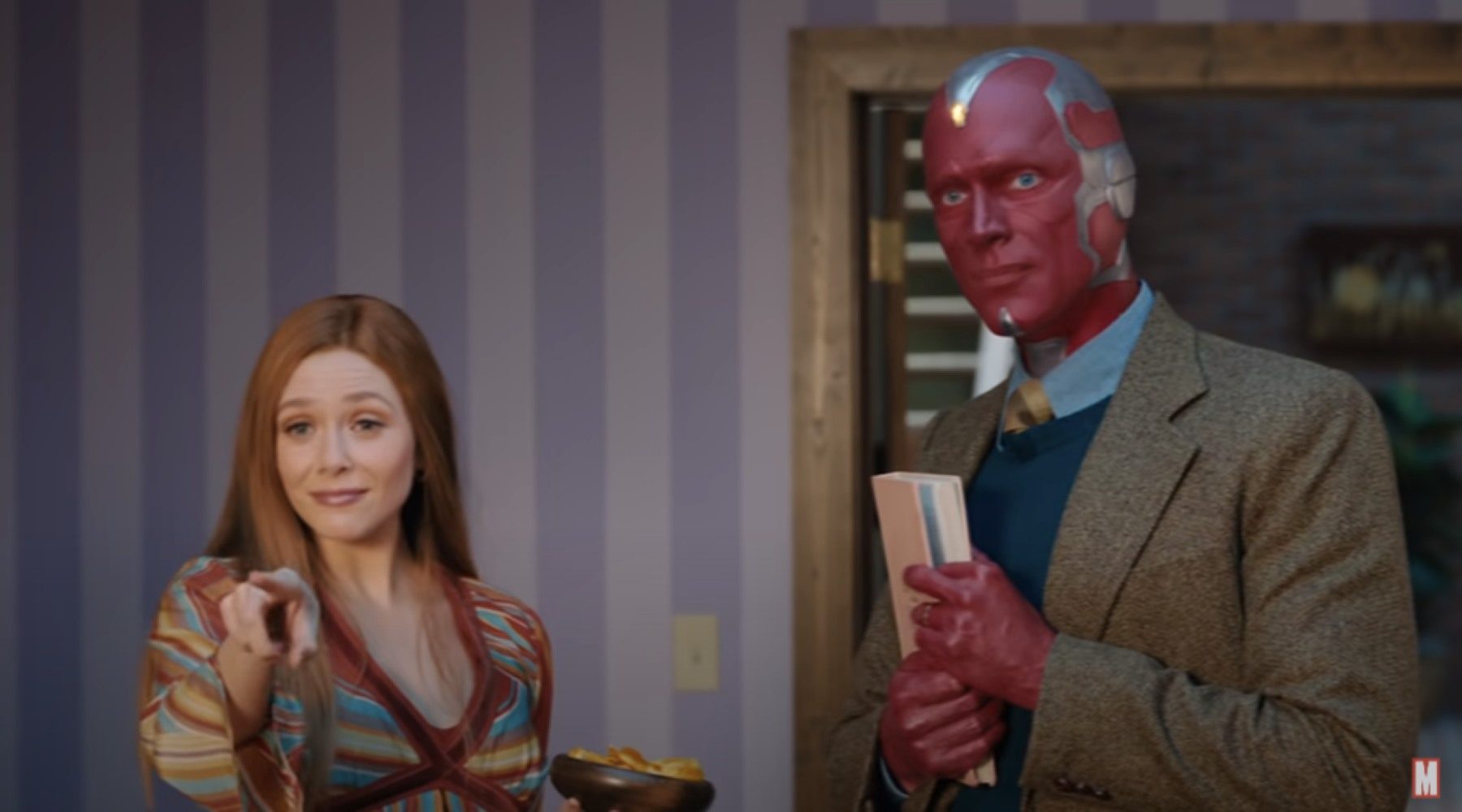 Vision (Paul Bettany) and Wanda (Elizabeth Olsen), also known as the Scarlet Witch, are back. But if you are expecting WandaVision to be a continuation of the standard Marvel films you have become accustomed to, you might be a little disappointed, at least initially.

The writers and producers have clearly enjoyed themselves with this small screen entry to the Marvel universe. The show gets underway with our protagonists playing the leading roles in a black and white sitcom that pays homage to television from the 1950s. Yep, really.

Fear not, the action, special effects and futuristic technology for which this behemoth of a franchise is known won’t be too far away. Starting with a nine-episode opening season, this is the first in a number of forays into small screen entertainment for Marvel and Disney+.

When is WandaVision available in the UK?

The first episode of WandaVision drops on Friday 15 January. We’re expecting it to be available on Disney+ from 7pm GMT.

If you were hoping to binge it all in one sitting, we’re afraid you are out of luck. The nine episodes of the opening season are only being released on a weekly basis.

How can I watch WandaVision?

You only have one option when it comes to streaming WandaVision in the UK: Disney+. Already the home of all the films to date in the Marvel franchise, Disney+ is the exclusive provider of WandaVision.

If you aren’t an existing subscriber, you’re out of luck as Disney+ no longer offers a free trial in the UK. Instead you’ll need to sign up to watch WandaVision. If you commit to a year-long subscription you’ll save 16%.

The streaming service has a massive library of family-friendly content that features both TV shows and movies. You’ll be able to access titles not only from Disney itself, but also subsidiaries Marvel, Pixar, Star Wars and National Geographic.

Want to learn more about what’s on Disney+? Check our list of best movies and shows on offer.