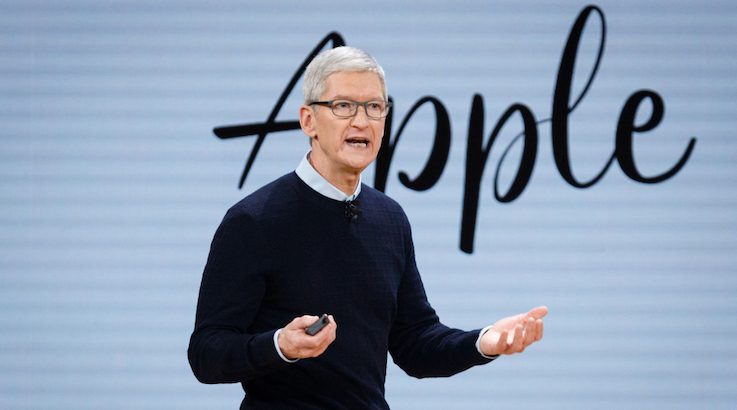 After the giant reviewed its sales forecast for the first time since 2002, Apple’s share prices declined significantly. Thursday is expected to be a difficult day for tech shares in Wall Street among fears of a cascading effect.

Follow the live updates on Apple’s stock prices and learn about how to buy and sell them on Finder’s Apple shares page.

Apple was expected to make between $89 and $93 billion (between £71 billion and £74 billion) during the first quarter of 2019, but has now set the forecast at $84 billion (around £67 billion). Apple mostly blamed the sales decline on the changed conditions of the Chinese market and said that the iPhone’s sales have been falling.

“While we anticipated some challenges in key emerging markets, we did not foresee the magnitude of the economic deceleration, particularly in Greater China,” Apple’s CEO Tim Cook wrote in a letter to investors. “We believe the economic environment in China has been further impacted by rising trade tensions with the United States. As the climate of mounting uncertainty weighed on financial markets, the effects appeared to reach consumers as well, with traffic to our retail stores and our channel partners in China declining as the quarter progressed.”

The update was unscheduled and a rare occurrence for the tech giant, but wasn’t completely unexpected. Apple shares had already been going down in December while analysts feared that Apple was struggling.

Yesterday, other tech shares followed suit, and Nasdaq E-mini futures were down 2.2%.

Companies who do business in China were also affected, with luxury clothing brand Burberry among those suffering the most significant losses (it was down 3%). The downturn is expected to continue on Thursday.

After great results during the peak of the…

Find out about gold ETFs, what influences…

ETFs and mutual funds are both ways to invest…

Compare the best energy deals of 2020

Compare, switch and save on your bills using…