Why it pays to be a patient investor

3 ways to give your investment pot a healthy start 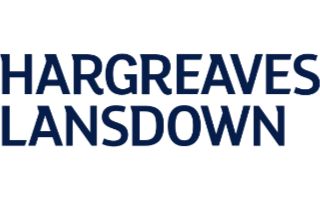 Investing is fundamentally about the long term. You typically need to leave your money to grow for several years to achieve a decent return. Think of it like nurturing a tree; you don’t plant a tree then dig it up every few days to check it’s growing (if you do, that could explain why your tree isn’t growing!).

Our experts have compiled three ways to help your investments flourish, including how to check whether you’re overtrading, and how to spot dodgy share tips.

One way to develop healthy investing habits is to make regular contributions to your investment pot over a period of time, instead of investing a large lump sum. This is called “pound-cost averaging” (or “dollar-cost averaging” in the US).

It’s a way of investing without trying to time the market. So in a volatile market, you might buy at higher prices while the market’s doing well – but you’ll also get the chance to buy at lower prices when it’s not doing well.[H4]How does drip-feeding help?
The year 2020 is a perfect example of a volatile year. We’ll use the FTSE 100 for demonstration purposes.

Our first investor, Harry, doesn’t have a clue what a year we’re about to have and invests £12,000 in the FTSE 100 on the first Monday of the year: January 6.

Our second investor, Harriet, chooses to go with pound-cost averaging and decides to invest £1,000 on the first Monday of each month in the FTSE 100.

How much should I invest every month?

This is where it pays to have a plan. First, everyone needs an emergency fund: enough money to cover around three to six months of outgoings, in an easy access savings account, just in case. Assuming you have that and you’re not paying off any debt (except a student loan and a mortgage), the next step is to work out how much you can afford to put aside each month. This can either be a percentage of your earnings or a set amount; £200 a month tends to be an affordable amount and is a great place to start.

Why make an exception for student loans and mortgages?

Mortgages are designed to be low-cost borrowing spanning a long period (typically 25 years). Student loans aren’t typical loans since you start to repay them only once your salary tops £26,575 and then you pay only a small percentage of the portion of your income above this amount.

Try not to commit to putting aside large sums of money that may leave you living paycheque to paycheque, as you’ll want to keep this money invested for several years. You can always invest more if you don’t feel that you’re putting enough aside.

You’ll need to factor in charges as well. Trading platforms typically charge you for each individual trade, so if you have a lump sum to invest and want to spread it over several months, you’ll want to ensure that you’re not spreading it so thinly that your fees outweigh your chance of making a profit.

Going back to our 2020 example, and assuming that both Harry and Harriet are paying £6 for each trade, Harry pays £6 for his initial investment and nothing after that, while Harriet pays £72 over the year. That’s excluding any platform fees, which many platforms charge.

How long before I could expect to see this work?

You’re unlikely to see results overnight, which is why it’s a good idea to leave your money invested for a long period. Our example above uses a year, but it’s only a demonstration – it’s worth giving yourself more than five years to see results.

If you have a large lump sum that you want to drip-feed into investments to achieve pound-cost averaging then you can do it over a year then leave it to grow for another four years.

Allow time for growth: How to tell if you’re overtrading

It’s entirely possible to get addicted to buying and selling shares. During the pandemic, and lockdowns in particular, many people have had more time – and more savings – and that’s increased the temptation to stare at a phone screen all day checking stock prices.

Less than 1% of day traders make money, according to a widely cited 2010 study from the University of California, Berkeley

Overtrading is when you ignore your investing strategy and just buy and sell on a whim to try to beat the market. If you think you may be overtrading, here’s what to consider:

The costs of overtrading

One of the key disadvantages of overtrading is the fees you rack up. If you’re paying for individual trades then your fees could severely outweigh any profits you make. Some day traders trade 5 to 10 times per day, which could easily hit £60 or more in fees, especially when you consider currency exchange for international trades as well as the commission per trade.

Average cost of 10 trades in a day on the London Stock Exchange, based on major UK platforms, in March 2021: £56. (Source: Finder research)

When you pay a fee to invest in a company, the stock needs to rise by at least the fee value in order for you to make a profit. This is where free trading apps might be a good choice, but there’s typically still a currency conversion fee, which in some cases works out more than the commission.

Take your growth tips from experts

Social media excels at providing the inside track on Bernie Sanders’ mittens and showing a kitten addressing a judge, but it’s less useful than it seems at providing hot stock picks.

Many of those handing out investment advice on Facebook, Twitter and, in particular, TikTok have little experience of investing, little knowledge of how it works and, in most cases, no financial advice qualifications.

It’s not hard to post a screenshot of a gain while the market is rising – but that doesn’t mean the success is repeatable or anything more than luck.

On these platforms, you’ll often see people making promises like “Make £10K overnight with no effort”. They’re usually talking about gains over a small period of time in which they’ve invested a huge sum of money, which is more gambling than investing. They’ll typically suggest risky investments without highlighting the risks, and of course they’ll have no idea about your own circumstances.

“Hot stocks” are those which are surging or trending online – Elon Musk has tweeted about them or they’re on “Today’s top stocks” on your investment platform’s website. The GameStop frenzy which began in January 2021 is an example (see below).

If you’re tempted to jump on board, consider how long the stock has already been rising before you do – has the peak passed? Could it be about to pass? If the aim of investing is generally to buy low and sell high, you might catch it when it’s still on its way up, and make a profit, but there’s also a chance you’re too late.

GameStop was a hot stock everyone was talking about, including Elon Musk. On 8 January, 2021, you could buy a share for just $17.69 (£12.82). Around this time, users in Reddit’s WallStreetBets forum were discussing creating a “short squeeze” on the stock. A short squeeze is when people shorting a stock are “squeezed” out of their positions because of a rapid rise in the value of a stock. Anyone who already owned GameStop stocks at this point or bought in here stood to make a decent profit, if they were paying attention and sold at the right time.

Musk didn’t tweet until 21:08 GMT – more than an hour after the New York Stock Exchange (NYSE) had closed for the day. This is when GameStop was trending on Twitter. It was at this point that “TikTok investors” started calling it a “hot stock”.

What is financial advice?

A working group set up by the Treasury and the UK’s financial watchdog, the Financial Conduct Authority (FCA), set out a definition of “advice”:

How to get good advice when you need it

If you’ve got money to invest and you want trustworthy advice about what to do with it, you can talk to a financial adviser. Some advisers specialise in specific areas, such as pensions or mortgages. The FCA has a register of financial advisers which can help you check your adviser is authorised.

Investing for the long term can be hugely beneficial – not just for nurturing your pot, but for protecting your nerves. Saving regularly into investments over a long period can be a calmer approach that allows you to use pound-cost averaging to help ride out volatility.

Zoe is a writer for Finder specialising in investment and banking. Zoe has a BA in English literature and several years of experience in writing about all things personal finance. She has a particular love for spreadsheets, having also worked as a management accountant. In her spare time, you’ll find Zoe skating at her local ice rink.