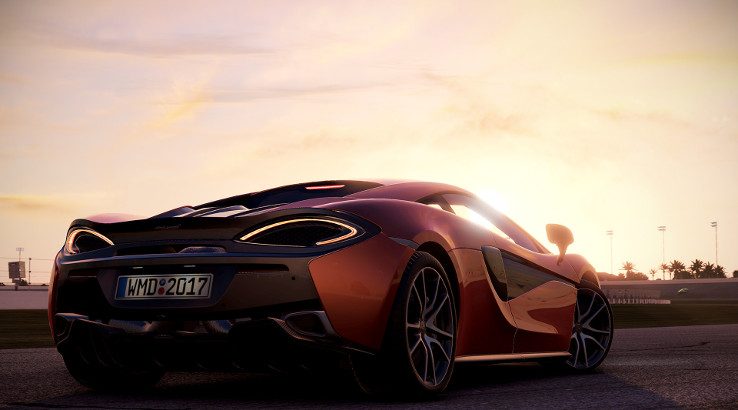 Mario Kart is great, but Switch owners wanting an authentic racing experience won’t get it from Slightly Mad Studios.

Project Cars 2 is quite excellent. After a strong, if flawed, original release in 2015, the sequel is truly streets ahead of its predecessor. It’s landing on Xbox One,>PS4 and PC on 22 September, and while it will be the best multi-format racing sim out there on its arrival, Switch owners won’t be in on the action. This is not new news; back in February, creative director Andy Tudor said he didn’t believe the game would make it to Switch. But that was pre-launch.

As it turns out, the console has launched very strongly. It’s maintained momentum all year and we’ve started to see a number of big, third-party developers return to a Nintendo console after going cold on the Wii U. They’re bringing those big, intensive, mature blockbusters with them. Recent announcements like WWE 2K18, L.A. Noire, DOOM and Wolfenstein II: The New Colossus speak to that point. As our massive list of Switch games shows, there’s incredible developer support coming the console’s way. So maybe Slightly Mad Studios’ is getting the urge to switch to Switch.

When the developer’s chief commercial officer, Rod Chong, toured his game to Sydney recently, I took the opportunity to ask him this very question. For Switch owners holding out hope, it sounds like the hardware can’t quite stretch to the vision the team has for the title. Here is how the conversation went:

Right before the Nintendo Switch came out, you guys hinted that a port of Project Cars 2 to the console was unlikely. However, it has had a strong start and many third-party developers are now jumping on board. Has this changed your stance at all?

No changes. No. Porting to Nintendo Switch never really came up [in discussions] that much.

Is that simply because you were unwilling to compromise the game in any way to ensure it would work on the hardware?

We haven’t had much discussion about that internally. Our focus is how we push the rendering engines, the physics engines and all these things that are happening. It is very intensive – very hardware intensive. That’s just the nature of Project Cars. And that’s what leads our decision making on what platforms we are working on. There is so much new hardware coming in now, we have our hands full.

While some developers may be softening their stance on Nintendo platforms following the Switch’s successful launch, Slightly Mad Studios cannot be counted among them. Luckily, fans do have an alternative title to look forward to in Gear.Club Unlimited. The recently announced Switch title – which is out 1 December – includes real-world cars racing on fictional street circuits, and is the second release in a series that began on mobiles. It won’t be anywhere near as in-depth as Project Cars 2 I fear, but it is developed by Eden Games who has considerable genre pedigree. They’re no mugs, having developed the great Test Drive Unlimited series.

Kobo Nia review: Is this entry-level ereader any good?

Learn more about Monero’s history and…