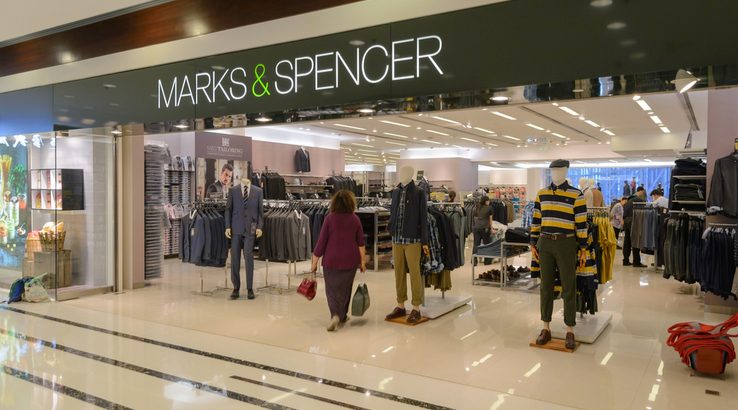 Marks and Spencer plans to move a third of its sales online and retain fewer but better stores in locations around the UK.

Marks and Spencer has announced that it will close more than 100 stores by 2022.

The news comes as yet another blow to the high street as household names continue to shut their doors up and down the country.

M&S blames the closures on the decision to revamp the organisation to a more online friendly retailer which it says is “vital” for the company’s future.

Marks and Spencer state that 21 of the 100 stores have already shut and confirmed that 14 more sites will close over the next few months.

The retailer – one of Britain’s oldest and trusted brands – plans to move a third of its sales online and retain fewer but better stores in locations around the UK.

“Closing stores isn’t easy but it is vital for the future of M&S,” said Sacha Berendji, Marks and Spencer’s retail operations director.

The latest round of 14 store closures will affect nearly 900 employees. Bayswater, Fleetwood and Newton Abbot will all close by the end of July. Clacton and Holloway Road will both shut by early 2019 and Darlington, East Kilbride, Falkirk, Kettering, Newmarket, New Mersey Speke, Northampton, Stockton and Walsall are scheduled for closure within the coming months.

Britain’s high street is buckling under the pressure from a combination of online competition and soaring business rates.

Bricks and mortar stores just can’t compete with the sheer scale of ASOS’s range. Now the brand is planning to branch out into makeup and other avenues.

In March, we first revealed how Britain’s high street is struggling after shoppers switched to online purchases.

New Look announced that it will close 60 stores, Carpetright admitted that it will have to shut a majority of its 470 shops and Claire’s Accessories filed for bankruptcy.

Toys R Us, Mothercare, Moss Bros and other leading retailers have faced similar troubles.
New Look posted a pre-tax loss of £123.5 million in the three quarters to December 2017, and the closure of its stores will incur the loss of nearly 1,000 jobs.

Score a discount while shopping online and save some cash. Check out finder UK’s online shopping picks to help you find the best deals online.

Our guide to the UK’s top 10 online stores by category will also help you find some great deals.

Left your Valentine's present buying to the…

Read our guide to skiing in France, including…

Who will win in the PlayStation 5 vs Xbox…