We take a deep dive into Xbox Video to see how it stacks up against the competition. 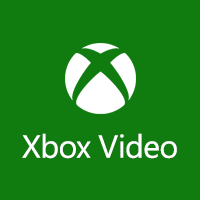 The service has operated under several names. Originally called the Xbox Live Marketplace, it changed its name to Zune Marketplace in September 2009, and then to Xbox Video in 2012. Unsurprisingly for a Microsoft product its primary target audience is Windows and Xbox users, but the service is available to anyone with a computer, whether that’s a PC or a Mac.

Xbox Video’s movie prices are closely matched to those of iTunes and Google Play — which, while reasonable, doesn’t offer much of an incentive to jump ship from your current provider. (This isn’t the fault of the brand, rather the distributors, who often insist on pricing parity.)

Similarly, TV shows are sold at a standard price of £1.89 for standard definition (SD) episodes and £2.49 for high definition (HD) episodes (costs for seasons vary depending on the length and age of the season).

What devices and platforms is Xbox Video compatible with?

Xbox Video is primarily aimed at Xbox users, so Xbox Video’s absence from other gaming consoles isn’t surprising. However, while many other video download services offering compatibility on a broader range of devices, Xbox Video fails to cater to users who may be avid Xbox fans, but prefer Apple or Android for their mobile devices.

We spoke to Microsoft recently about its plans to bring its personal assistant, Cortana, to iOS and Android and asked if there were had any plans to expand the Xbox ecosystem to third party devices. Microsoft officials were quick to assure us that Xbox apps would remain exclusive to Xbox and Windows users for some time to come. With that said, you can download the Xbox SmartGlass application to your Android or iOS device to remotely control media applications on your Xbox.

How do I use Xbox Video?

If you’re already a Windows, Xbox user or Outlook user chances are you already have a Microsoft account. If this is the case, then simply visit video.xbox.com and start renting and begin buying movies and TV shows now.

If you’re not a member, then pop over to signup.live.com and register for a free account. You will never be charged for using your Microsoft account and you can cancel your account at any time.

When it was released, the Xbox One was heavily marketed as a media centre ­­ a one­stop device for all your entertainment needs. By combining gaming, Xbox Music and Xbox Video, it fills that role superbly. The only issue is that unless every device you own calls Microsoft home, you’re not going to have the same seamless viewing experience between your mobile devices and console that Netflix offers.

If you are a Windows die­hard, Xbox Video will almost certainly appeal to you.