Where to buy Decred (DCR) in the UK

What to consider before getting involved with Decred and how to do it. 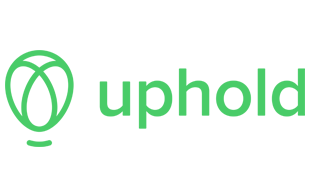 Decred is a community-focused cryptocurrency, with DCR as its token. You can think of it as a generic, decentralised blockchain that has evolved over time through direction from its community. The features it emphasizes are user-friendliness, flexibility and a democratic approach to ongoing development. It aims to create a blockchain that can be efficiently upgraded in line with its community needs.

Where to buy DCR in the UK

How does Decred work?

The stated main goal of Decred is to solve blockchain governance and allow for the seamless transition to different sets of rules as needed. Its list of core features include the following:

Decred tell us that it aims to wrap up all of the features with a relatively user-friendly layout to let more people take full advantage of blockchain technologies. However, it’s worth noting that the main feature might be a kind of “automated democracy” that lets the Decred blockchain seamlessly introduce hard forks in line with its community desires.

How voting on Decred works, and why it matters

Blockchains upgrade with forks. These involve introducing a new set of rules to the network and having the blockchain continue along the new rules rather than the old. Forks are often problematic, with different segments of the community arguing for and against them to decide the future of the currency. In Decred, we see that they can be near-automatically implemented and voted on, allowing for efficient system upgrades. First, a change is introduced for voting and potential implementation. From there, operators who are in favour of the changes can upgrade their systems. Once a majority of users have installed the upgrades in preparation, the change itself is put to the vote. Voting is conducted through a ticket system. Users can buy vote tickets, and set them to vote whichever way they want when the time comes. If it’s a Yes, a hard fork will be automatically implemented, and the previously installed upgrades will kick into action. Decred suggests that the end result is an almost fully-automated democracy.
Other than true decentralisation, Decred also lets its users join mining pools with a relatively low barrier to entry. They can join a proof-of-work pool in order to be given mining tokens relative to the hashing power they contribute to mining each block or a proof-of-stake pool to help amplify their current DCR stake.

The majority of users will probably operate these by joining groups and pooling their resources in order to earn worthwhile rewards with a low barrier to entry. Developers can also earn DCR since a portion of newly-generated coins is set aside for community developers to earn by implementing wanted features. These groups, alongside the hybrid mining system, mean Decred is more likely to stay decentralised in the future and prevent a small group from dominating the future direction of the currency. In the future, Decred has plans to decentralise further by offering the following features:

What are the considerations before buying DCR?

True decentralisation without hurting functionality is one of the trickier challenges for cryptocurrencies to overcome. In the long run, a lack of community support for developer changes and “executive decisions” by a relatively small group of people can be a coin’s undoing.

Having an effective way of preventing this issue might help Decred last well into the future. Its community development might also help Decred stay further ahead of the competition for longer and more quickly implement desirable new features.

Because it’s entirely community driven, it can draw on a much wider pool of developers (and pay them for their work) than a more closed cryptocurrency. It seems to be able to manage this with almost no risk of accidentally implementing a poorly designed change. All the code is open source, and experienced users will actually need to carefully look at, and install, changes before the network can upgrade to them.

Overall, Decred appears to have created an incredibly effective way of leveraging the real benefits of a decentralised community. On the other hand, true decentralisation won’t necessarily be enough to assure Decred’s longevity, and its user-friendliness might also hit a wall at some point as cryptocurrencies become more normalised.

Decred might be considered one of the most decentralised and democratic currencies out there, and many individuals who want to join mining pools might find it an option. Other than that, buyers should consider whether it can excel in any other ways.