Across the world, people are more interested in watching other people play games than binge-watching Game of Thrones.

Despite the growing popularity of on-demand streaming services like Netflix and HBO, the most popular form of online video is indisputably video game content.

In a recent report, interactive media research group SuperData has revealed that the audience for gaming video content – which the group classifies as online videos and live streams related to gaming – sits at a whopping 665 million people worldwide for 2017. Not only is this more than twice the population of the entire United States, it’s more than the combined worldwide audience for online entertainment services Netflix, HBO, Hulu and ESPN. 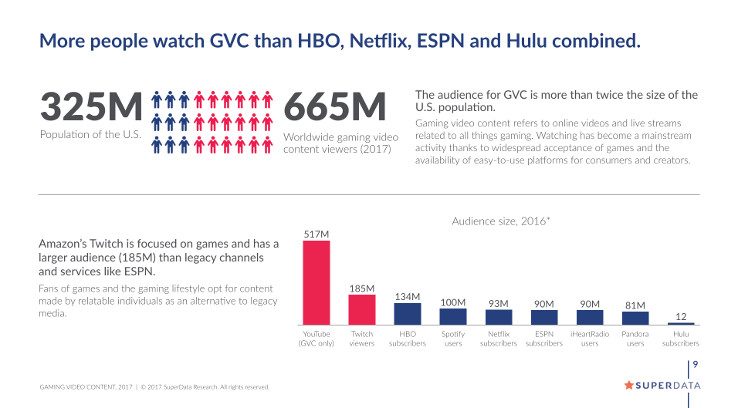 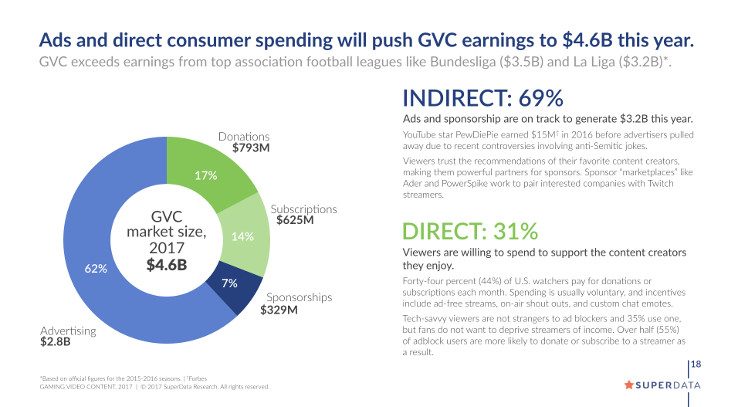 SuperData’s study also covers the reasons why people watch gaming videos. First and foremost, viewers are interested in learning more about a game they want to play, with 76% of users surveyed citing this as one of their primary motives in watching gaming videos. Just as intriguing is the fact 57% of those studied said they watched gaming videos to learn more about games they already played, highlighting the value of gaming videos that include tips and tricks for getting better at popular games.

This study comes in the wake of Netflix revealing how many of its users binge-watch TV shows within 24 hours of their release.

All images courtesy of SuperData Research

Check out every TV show on Netflix

Take a look at our complete list of TV shows available on Netflix UK.