How many people make drunk purchases?

A lot of Brits love a drink or two in the evening, and we also love shopping. Our research has found that these two past times collide more than you might think when Brits drinks and this can lead to some unusual drunk purchases.

Unsurprisingly, the most common item to buy was food, with 50.2% of Brits forking out on food while drunk. In fact, last year the average Brit spent £54.20 on food after a few drinks. The least common item to purchase was furniture, as only 15.56% of us chose to spend our hard-earned pounds on sofas and tables while drunk.

Over 1 in 4 (28.48%) or 14.9 million Brits admitted to purchasing clothes, making it the second most popular purchase. While gambling and holidays came in joint third place, as 22.38% (11.7 million) of Brits admitted to spending on these categories last year. The most was spent on holidays, with an average of £155.71 each being forked out by Brits last year.

How much did we spend? 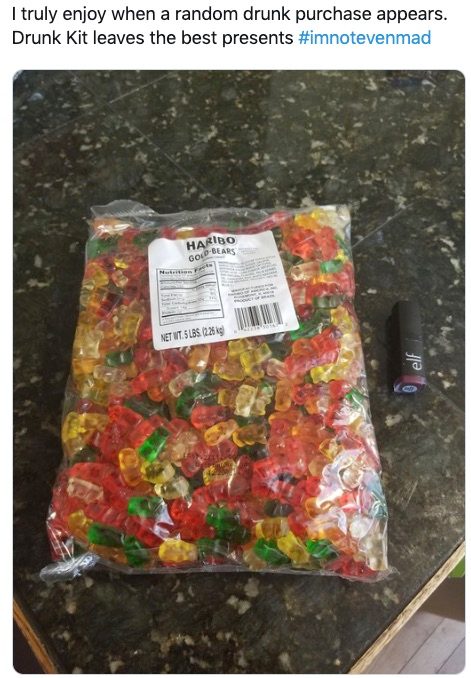 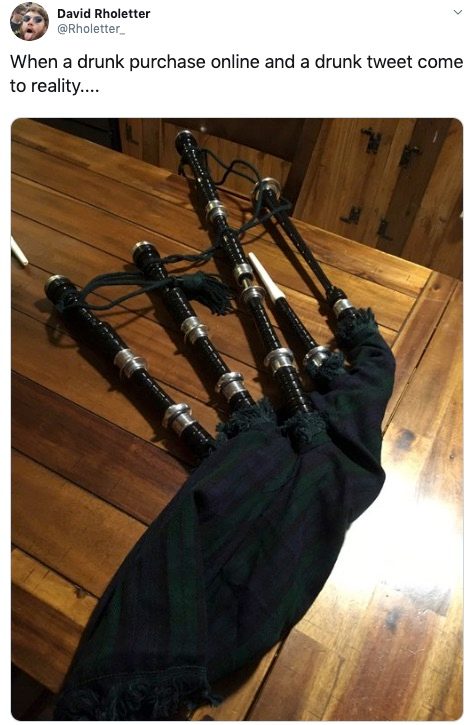 Check out the bar chart and table below to see how the purchases differ between the genders.

Difference in drunk spending between generations

Even though those born after 1996 were the most prone to drunken spending, gen X spent far more than their younger counterparts. The average total cost of gen X’s drunk purchases last year was estimated to be £685.65 while the younger generation were more cost-efficient on their drunk purchases. Almost 3 in 4 (73.43%) millennials admitted to buying food under the influence while only 1 in 4 boomers (25.25%) and 58.08% of gen X confessed to doing the same thing.

Check out the bar chart and table below to see exactly what the generations purchase.

The biggest drunk spenders were located in the North East of England, the average spend there was £751.27. This was £317.11 more than Wales, where average yearly purchases added up to £434.16, making it the region where residents spent the least while tipsy.

The East Midlands had the lowest number of drunk shoppers and only 45.71% of residents there admitted to doing this. Drunk spending is the most common in London, as 66.80% of Londoners say they have indeed been forking out while under the influence.

A survey carried out by finder in 2019 revealed the UK’s favourite drink and how much of each type we consume.

Wine appears to be our drink of choice, with an estimate of almost 3 in 5 drinkers (57.99%) consuming at least 1 glass a week (average of 3 glasses a week). The average amount spent on a particular drink type in a week per person is also the highest for wine at £6.08.

Beer comes in second with beer drinkers spending an average of £5.82 per week.

Cocktails get given the boot with an estimate of 39.78% of drinkers having never had this drink before and only 16.84% consuming 1 or more cocktails a week.

Men are spending over 3 times as much money on beer than women with male beer drinkers admitting to spending an average of £9.25 a week compared to £2.51 a week for women.