Dominos and Ford test driverless pizza delivery in the US 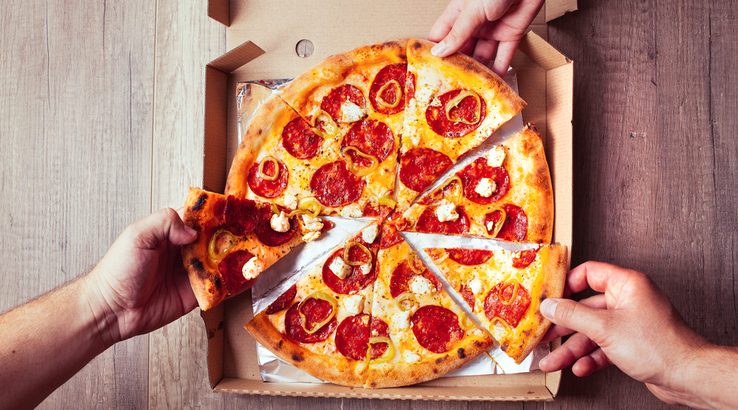 When the future is here pizza won’t even come right to your door.

An autonomous pizza delivery system is hitting the streets of Ann Arbor, Michigan in the next few weeks through a partnership between Ford and Dominos. It takes the form of a self-driving Ford Fusion, but that’s not what’s being tested. They already know driverless cars work fine.

Instead, this experiment is oriented around customer interactions with autonomous delivery and the secure heated pizza containment mechanism. Engineered to support up to four pizzas and five sides, the system is code-locked to protect against potential pizza-jacking en route. This unique code will be sent to customers so only they can retrieve their pizzas after arrival.

While Dominos doesn’t anticipate any technological issues, there are some concerns about whether customers really want to walk all the way outside and unlock the pizza vaults themselves. Engineers will be riding along to take on-road data, assess customer reactions and record responses to the vehicles. Whether or not the test engineers will be accepting tips remains to be seen.

The autonomous Ford Fusion pizza delivery system will be visiting customers at random in the Ann Arbor area. And being randomly assigned, it’s probably only a matter of time before the car ends up visiting someone who’s mobility impaired and can’t easily make the trip outside. To maintain experimental integrity, the engineers would ideally just sit there and feel like jerks while their unfortunate customers struggle their way outside.

In the long run, that might be useful information for Dominos to have. Ford is aiming to have fully self-driving cars on the roads by 2021, while Dominos has always been serious about staying at the cutting edge of pizza delivery technology. Issues such as unfavourable reactions to robotics and whether differently-abled customers might have issues with autonomous systems are genuine concerns that will need to be considered.

One of the most touted benefits of driverless cars is their ability to restore a measure of independence to injured, elderly, disabled or otherwise impaired people, but potential issues like these can serve as a reminder that these advantages won’t necessarily create themselves and that systems may need to be designed to make sure it happens.

Even after driverless cars are commonplace, it’s hard to imagine a better way of handling these special situations than making sure stores have a few human delivery drivers on hand. Alternatively, Dominos might start using autonomous cars for the bulk of their deliveries, and then third party food delivery services like UberEATS for special occasions as needed.

Of course, Uber is also keen to embrace autonomous driverless car technology to the fullest, so even that might not be a practical option down the line.

Driverless cars are conservatively estimated to become commonplace by the mid-2020s, and autonomous pizza delivery systems probably won’t be far behind.