Dell rejigs Inspiron as a gaming laptop for CES 2017 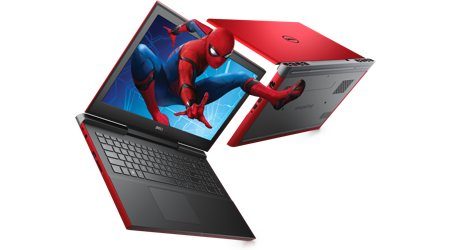 Typically speaking, when you say the words “gaming laptop”, most folks reach protectively for their wallets. There are plenty of very good gaming laptops to choose from, but they’re generally also on the expensive side, as you really do pay for what you get in terms of gaming performance.

Dell has its Alienware brand for the high-end hardcore gaming types, and at CES 2017 it is set to announce new Alienware 13, Alienware 15 and Alienware 17 laptops featuring Intel’s 7th generation Core processors, NVIDIA GPUs and upgraded SSD options for those gamers who insist on 4K quality with every laser blast fired. Dell has announced that the new Alienware laptops will go on sale from 6 January with prices starting at £1,599. It will also release new Alienware Aurora desktops with the new Intel Core processors with a claim of up to 10% improvement in performance for your troubles. The new Aurora will be available in early February, but pricing has not yet been confirmed.

We’ll have the chance to go hands on with the new Inspiron and Alienware laptops at CES 2017, so stay tuned for our early impressions.